Look out for a review of this weekend’s open jury consultation, chaired by Chris Dercon, in the upcoming December issue of ART AFRICA! 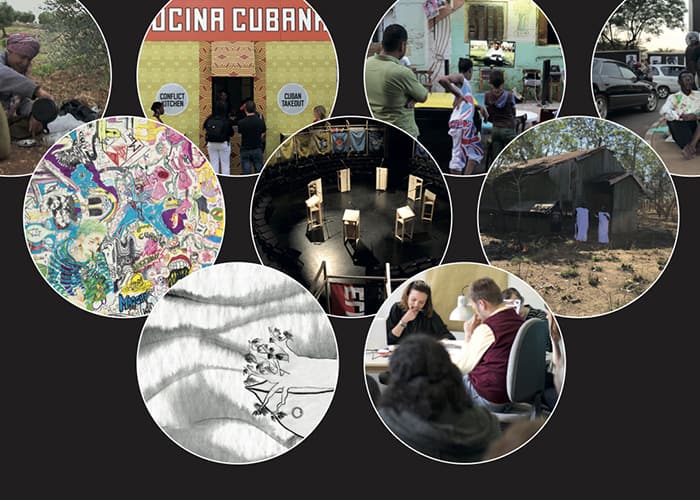 The Visible award is characterised by a series of supporting events that serve to contextualise not only the award itself, but also wider discussions around socially engaged practice. 2015 will be the first time that the Visible award will be decided through an open jury in the form of a ‘temporary parliament’. This venture is intended to open engagement and discussion around socially engaged practice to a wider public.

The jury session will take place in the grand Council Chamber of Liverpool Town Hall, and will bring together artists, experts, and participants within projects that operate at the crossroads of art and other fields of society. The event, which is free and open to the public, will focus on assessing the merits of the shortlisted artistic projects (all currently operational) and on the selection of the winner of the 2015 award through an open vote. Invited experts to the event include John Byrne, Beatrice Catanzaro, Anna Colin, Ekaterina Degot, Christine Eyene, Janna Graham, Magdalena Malm, Emily Pethick, Laura Raicovich, Marinella Senatore, and Nato Thompson. Through a mixture of the procedures and criteria of an evaluation process with the discursive elements that characterise panel discussions, this one-day event promises to be a moment for knowledge sharing and collective learning across a wide range of perspectives and disciplines.

The nine shortlisted projects are: Abounaddara by Abounaddara Collective (Syria), Conflict Kitchen by Dawn Weleski and Jon Rubin (USA), Cinema Everywhere by Waguih El laqany (Egypt), Ecoart Uganda by Ruganzu Bruno Tusingwire (Uganda), Movimento Editorial by Cráter Invertido (Mexico), New World Summit by Jonas Staal (The Netherlands), Salt by Karrabing Film Collective (Australia), Mujawara / The Tree School by Campus in Camps and Contrafilé (Palestine-Brazil), White Paper: The Law / Convention On the Use of Space by Adelita Husni Bey (The Netherlands). From Monday October 26th until the lead up to the public jury session, Tate Liverpool will host a free temporary exhibition of these nine shortlisted projects, each represented by a video in the museum’s public foyer. 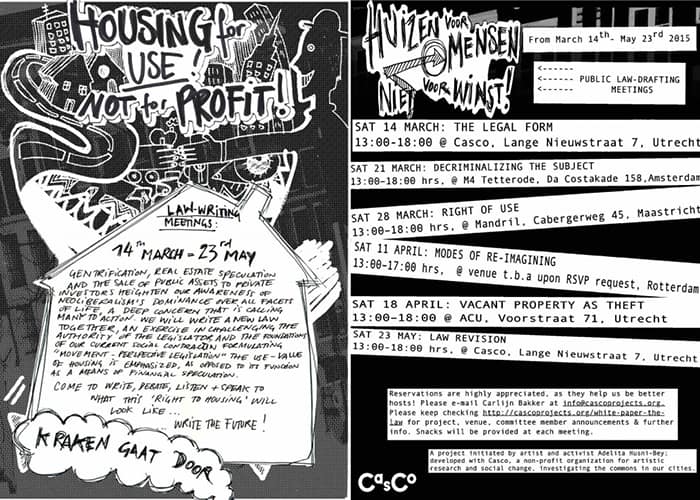 Poster for public meetings for Convention on the Use of Space-White Paper: The Law. Adelita Hasni-Bey (2015)

Those interested in attending can register here. For those who are not able to be there in person, the session will be lived streamed to the Visible website, and will also be screened within the foyer of the Tate Liverpool. On the following day (1 November) a daylong conference on community art practice entitled Community Arts? Learning from the Legacy of Artists’ Social Initiatives, will be held at the Black-E in Liverpool. Andrea Phillips will convene this adjoining event in association with Liverpool Biennial, Visible Award 2015 and Tate Liverpool.

Following the jury event on October 31st, the winning project will be awarded in New York City on November 13th, 2015 during the second installment of The Night Art Made the Future Visible at the CreativeTime Summit in New York.