The art world returns to Lisbon!

ARCOlisboa celebrates art in Lisbon with 72 galleries from 17 countries

Lisbon will once again attract professionals and lovers of contemporary art with the celebration of the 4th edition of ARCOlisboa, co-organised by IFEMA and the Câmara Municipal de Lisboa, to be held from May 16 to 19 in the Cordoaria Nacional to show the vibrant art scene of Portugal in dialogue with art from around the world. 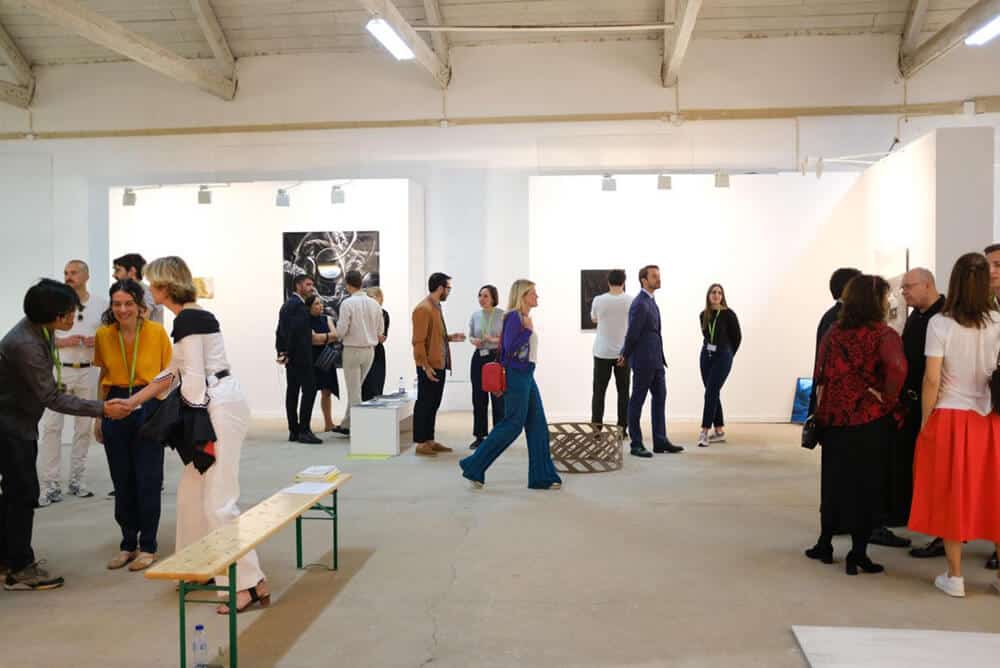 As in previous years, the Fair will be organised around three areas: the General Programme, Opening and Projects. The main focus of the Fair, the General Programme, will consist of 51 galleries from 16 countries, some of which will participate for the first time, such as Vera Munro and Georg Kargl. In addition, others return to the fair, such as Krinzinger, Greengrassi, Pietro Sparta and Vermelho.

The Opening programme will once again focus on galleries with a history of a maximum of seven years with the aim of providing new information and aesthetic experiences. It will consist of 11 galleries selected by João Laia that include some of the recent creation, such as Lehmann + Silva, from Porto, or Fran Reus, from Palma de Mallorca.

The Projects section, again with the presence of Torreão Poente, will show 9 projects of individual artists presented at the fair by their galleries. Among them, Daniel García Andújar – Àngels Barcelona; Gerold Miller, presented by Cassina Projects, and Nicolás Grospierre by Alarcón Criado.

One of the most surprising novelties of this edition will be Africa in Focus, with a selection of galleries from this continent. Taking as a starting point the unique international position of Portugal at the crossroads between Africa and Europe, Africa in Focus will include 6 galleries from Angola, Uganda, Mozambique and South Africa with individual stands interspersed in the fair. This section, curated by Paula Nascimento, will be completed with a series of conferences focusing on the most modern contemporary art in Africa, with the participation of figures such as Raphael Chickwkwa and Azu Ngagbogu.

ARCOlisboa 2019 also incorporates a special section devoted to contemporary art publications. Organized by Arts Libris, it will have the participation of around 40 art publishers and will also include a series of lectures and debates focused on the current state of art publications.

The programme for debate and reflection on art and collecting will be completed with the celebration of MILLENNIUM ART TALKS, a collecting forum held with the collaboration of Fundação Millennium bcp. In addition,  the Meeting of Museums, directed by Pedro Gadanho and Nicolas Bourriaud, will be held within the framework of the fair. Also, and coordinated by Filipa Oliveira, the sessions Em què estou a trabalhar?, which will take place in the Patio Nascente de la Cordoaria, will bring together international professionals to share their current and future projects.