The Cloths of Heaven – Solo exhibition at Galerie 38

The Cloths of Heaven 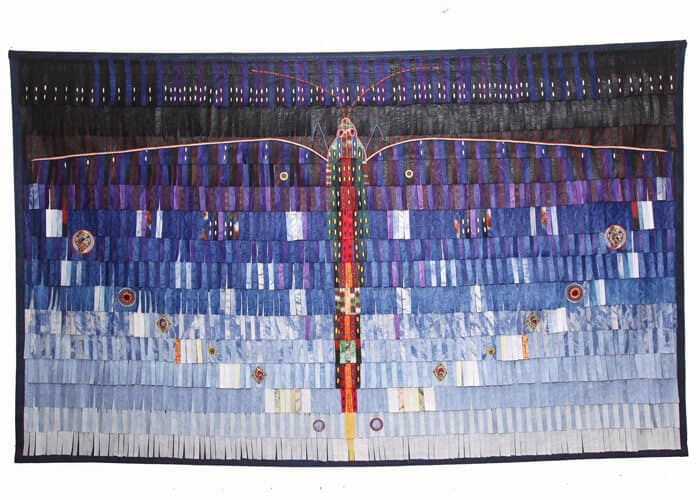 Visual artist Abdoulaye Konaté, from Mali, is a major figure on the contemporary art scene. A painter by training, his work evolved throughout the 90s toward textiles, which he rediscovers and appropriates in the creation of his works. Bazin, a traditional Malian fabric, is dyed with pigments upon which his nuanced play orchestrates a symphony of color. He composes with strips of bazin, end to end and superimposed, that result in masterworks somewhere between painting, sculpture, and installation. 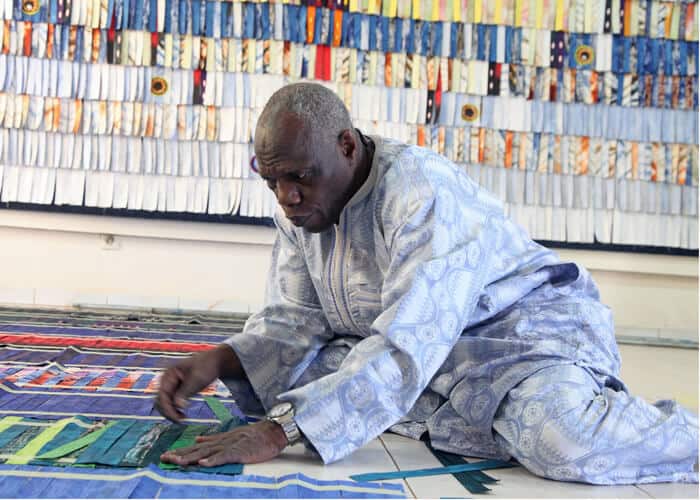 For the first time in Morocco, Galerie 38 presents a solo exhibition of new works by Abdoulaye Konaté. He has entered a dialogue with traditional Moroccan textiles and the artisans of Fez, allowing him to create unique works. His meeting with the last Master of the traditional brocade of Fez, El Haj Abdelkader Ouazzani, marks this artistic exchange between two countries sharing one great heritage. 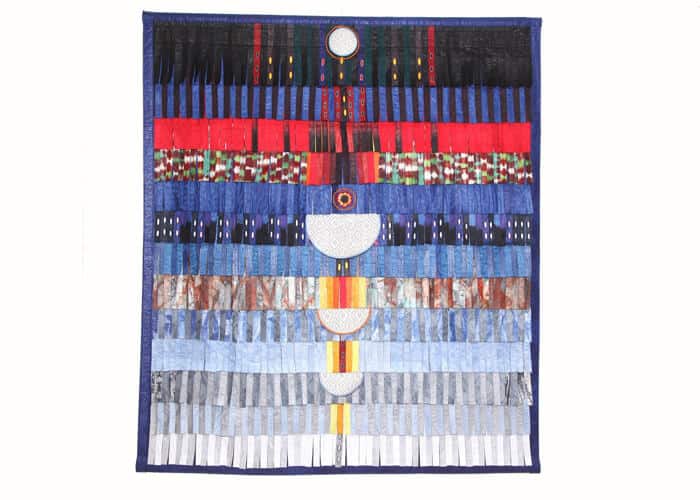 Winner of the Léopold Senghor Grand Prize of the 1996 edition of the Dakar Biennial, Abdoulaye Konaté is an internationally renowned artist. His works are part of major institutions such as the Smithsonian Museum in Washington DC, the Museum of Modern Art of the City of Paris, and the Stedelijk Museum (Modern and Contemporary Art Foundation of the City of Amsterdam). He has been represented in many international exhibitions such as Africa Remix at the Textile Museum of Clermont-Ferrand, the World Festival of Negro Arts/FESMAN, at Art Basel, and at the Biennials of Johannesburg, of Havana, of Gwungu, Documenta XII, and more. He has been Chevalier of the Order of Arts and Letters in France since 2002, and in 2009, he became Officer of the National Order in Mali. He lives and works in Bamako, Mali. 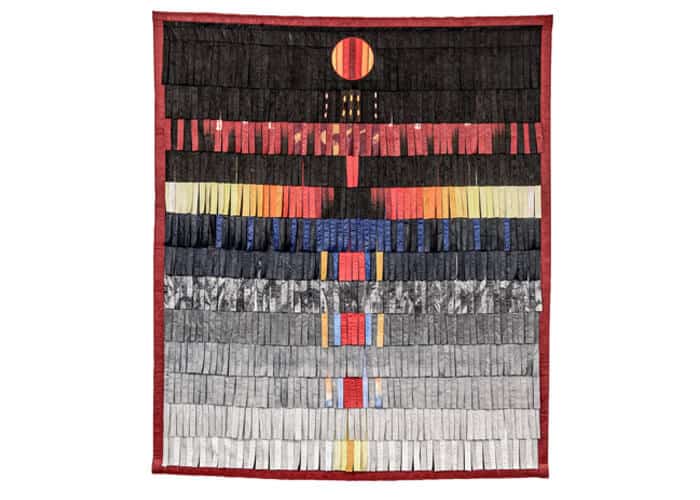 Galerie 38 proposes to explore contemporary artistic research in Morocco, to establish bridges between different forms of artistic expression, and to privilege significant projects of high cultural value. The space develops a program of exhibitions based on thematic areas dear to its two founders, Mohamed Chaoui El Faiz and Fihr Kettani: recognition of Moroccan and international art, the physical and poetic quality of the works presented, and their relevance in response to the contemporary world.