20 years after the first Johannesburg Biennial, Same Mdluli speaks to reknowned South African artists Sam Nhlengethwa and David Koloane about the progress we’ve made as art and art history move towards the so-called ‘global turn.’ 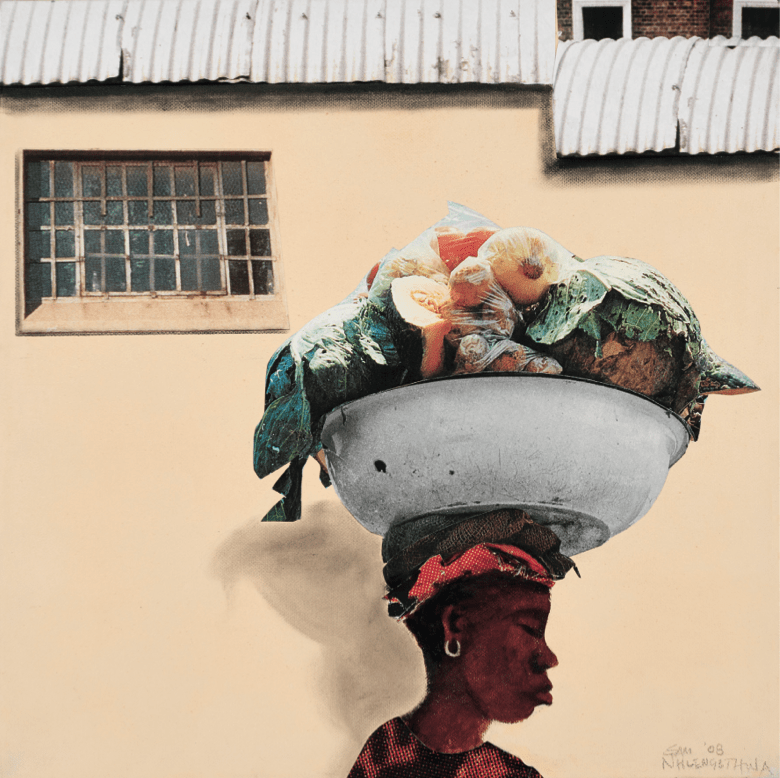 When the first Johannesburg Biennial opened at the old electric warehouse in downtown Newtown in 1995, I was only twelve years old. My parents were still cautiously guarding the political situation in South Africa from the safe, but close enough distance of Botswana, where the 1982 Culture and Resistance Festival was held. Like the festival, the biennial was a pivotal moment meant not only to redefine Africa’s place in the international art arena, but also be a turning point in South Africa’s art history narrative.

Next year marks twenty years since the staging of the first biennial and in light of this and the prominence of biennials and art fairs in the contemporary art world, I posed a few questions to two renowned South African artists, David Koloane and Sam Nhlengethwa, to reflect on our progress since that historical peak, as art and art history move towards the so called ‘global turn,’ referring to the current incorporation and reception of centres that are not necessarily centred around the west.

“The twenty years of democracy in South Africa have numerous connotations in the visual arts,” says Koloane. In his view, the first biennial was not only a watershed moment in terms of the new political order but also because “South Africans of all varieties were expected to work and aspire towards a common harmonious goal,” he says. It is within this contextual framework that Koloane says he felt “the perpetual domination and advantageous position in the visual arts, often a dilemma which prompted black practitioners to a handicap situation.”

Biennials are global projects and, like the first and second Johannesburg biennials, it seems that despite, as Koloane puts it, “their sophistication of ushering in new phases in art, like the conceptual and technological era of installation and video,” they are in some ways a reflection of past legacies apparent in the very nature of the events themselves. While Nhlengethwa sees the emergence of initiatives like the FNB Joburg Art Fair as a positive step in the right direction to reclaiming our place in the global arena, it also has implications for who gets to participate in this newly formulated global space.

Now in its seventh year, the quasi-success of the FNB Joburg Art Fair is primarily due to its economical impact on the arts, but what does this mean in terms of the line up of who participates (in the art economy) and to what extent does this obscure addressing legacies of the past related to issues of space? As curator Khwezi Gule pointed out in an interview with Kwanele Sosibo, “the appearance of more commercial activity doesn’t necessarily mean more artists benefit.”

In response to where we are now, Koloane says “with the advancement of technology and access to tertiary level institutions, a new breed of practitioner has come to the fore who engages in multimedia undertakings which request space, innovation and super confidence in engaging the global dilemma and challenge.”

Biennials and art fairs not only stimulate the visibility of certain artists, but they also pronounce disparities, which in South Africa’s visual arts structure and its attendant activities, Koloane says “for black practitioners has meant that they often have to compromise in order to ensure their survival.” It may also be that, as Nhlengethwa observes, “labels such as ‘township art’ or ‘protest art’ unfortunately have stuck with certain artists and their mode of thinking so that they cannot transcend them, even post-apartheid.” Coming from an era where art produced by black artists was relegated and viewed under a different set of criteria to that of western artists, Nhlengethwa reminds me that normal life still went on in black communities even during apartheid, and cites his own works such as Thank You for Paying Me Back (1990) and Flea Market (1988) as examples of that.

When I asked both artists what they would like to see happening for young, aspiring South African artists to have equal opportunities to contribute to the creative pulse of the country, Nhlengethwa responded by saying, “young artists should adopt a ‘free-form’ type of approach. They should not restrict themselves but go with the flow of their own creative juices.” An avid collector of art, vintage model cars, furniture and music, Nhlengethwa recalls a drawing made in 1971 (long before he knew he was going to be an artist), inspired by Dave Brubeck’s album ‘Take Five,’ as one of his earliest art works.

Although he says he has always drawn on different themes in his work, there are those that seem to linger until they are exhausted, such as in the ‘Tributes’ series, which concluded with his recent solo exhibition at the Goodman Gallery in Johannesburg. Koloane, on the other hand, notes that although “the indiscriminate classification of black practitioners’ work has evolved over the years to a mutual comprehension of past prejudices,” the global phenomenon has introduced a breed of artists who he says “have become airport artists who criss-cross the globe in search of sanity away from home.” Could Koloane be alluding to the symptom of artists feeling compelled to initiate whatever development necessary for their survival and maturity?