The Feminine Construct: Ephia Mmbidi on being a black female artist in contemporary South Africa

ART AFRICA talks to Ephia Mmbidi – represented by Candice Berman Fine Art Gallery, on her experiences growing up in violent yet significant Sebokeng, her role as a black female artist, and how she utilises tools to capture the essence of what it is to be female. 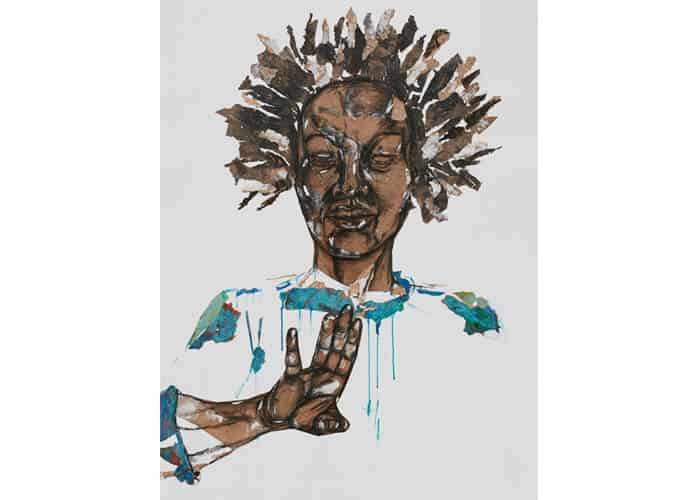 ARTAFRICA: You were born in Sebokeng in Southern Gauteng – an area created by the apartheid regime, and one that has quite a violent and significant history. Do you think the environment in which you grew up has played a role in the work you make?

EPHIA MMBIDI: I grew up in a very rough environment, possibly the worst in South Africa, and was influenced by the worst form of racial violence. Sebokeng – a township located in southern Gauteng – was overshadowed by the deepest tribal isolation between the Zulu and Sotho speaking people.  I experienced a lot of violence that was born from tribal strife – notorious gangsters to political unrest – which arguably was all due to an increase in tariffs of municipal services.

This caused the demonstrations, stay-aways, and school boycotts in the Vaal area between 1984 and 1985, and led to clashes between the communities, police and councillors. The violence also lead to thousands of fatalities. Sebokeng was filled with smoke as township government buildings, and houses belonging to both councillors and police, were set alight.

My father was a police officer – I remember an incident where a crowd was chanting outside my parents’ house, trying to set it on fire. Fortunately, they were unsuccessful.

Nonetheless, as the years went by, people were able to unite and create a new society. As an artist, this period served as inspiration – it is a representation of true human strength and the relentless spirit of Ubuntu.

I am also inspired by the city of Johannesburg. The more I observe, the more I am captivated by its mysteries. You might see a woman, during the cold winter days, wearing a flimsy dress at a street corner, waiting to attract a potential “client”. And, across the road, you might see a woman selling sweets on the streets, hoping to put food on the table.

This kind of tenacity in the midst of hardship makes a lasting impression on me. But in my work, one can also see my sense of humour, my vices, my love of colour, and my femininity. 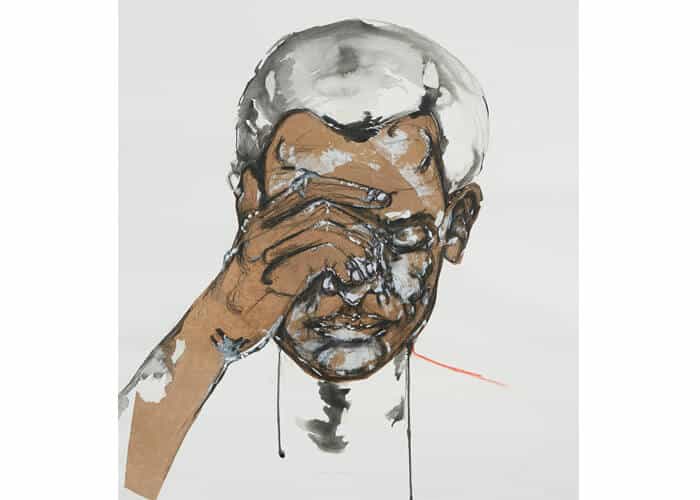 When I draw the human face, all I have is the facial feature to look at, and draw. However, I believe I am searching for something deeper and more personal about the human subject – attempting to convey the emotions that influence social dynamics in rich and interesting ways – rather than just describing surface features of the human face.

I tried to find a genuine connection between the facial expression I am drawing and the internal feelings of the subject I am trying to describe. I believe that we can learn about social issues from both the emotional and visual appearance of faces.

I have experienced loss, struggle, and deep suffering. The pain and sorrow I have endured has challenged me to the very core of my being – and I think somewhere along the road I got lost. I found myself questioning my identity as a woman – transitioning from adulthood to motherhood, from getting married to being divorced. I also questioned my role in society as a woman, and how the ‘female’ and femininity has been shaped by my culture.

Throughout the process of drawing, my work and my quest is to create a more expressive body of art, seeking to both uncover and capture my essence as a female – which, for me, stems from self-acceptance and an appreciation of my deeper feelings. 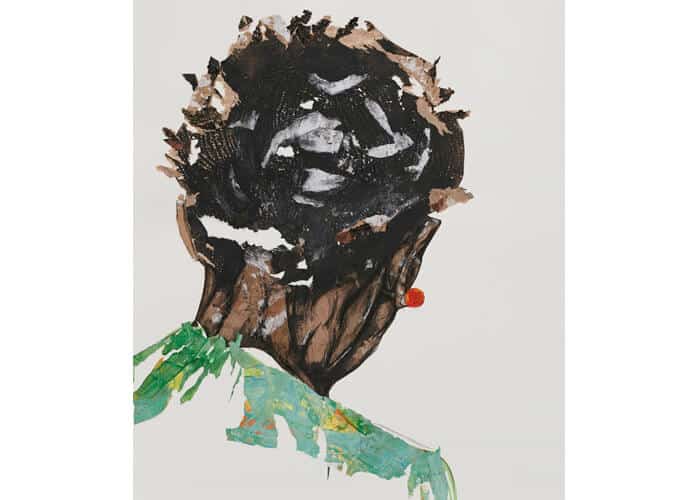 Using textured materials, particularly mixed media cardboard worked into with tools, you have created portraits capturing the essence of what it is to be female. What is the symbolic importance of working into the surface with tools, and how does it relate to the notion of the feminine construct, especially in a South African context?

This is quite an interesting question, as when one looks at the meaning of a tool from a symbolic point of view, it is a physical item that can be used to achieve a goal. I have found the tool very fun to work with, especially being able to construct my portraits the way I did. Initially this was just an experiment, and not a conscious discovery.

The relation in terms of the feminine construct in a South African context, for me, will be ‘Mosadi o tshwara thipa ka bogaleng’. This directly translates as – ‘a woman can hold a knife on the sharp side’. Despite the many challenging circumstances of womanhood, when women become passionate about an issue, a revolution takes place.

You have recently started using the portraits of your friends and family, rather than just collecting the images of human heads and portraits from books. Has this change in source material affected your work in any way?

I use the new portraits as a point of a reference. It is something I used to do as a student, and I find it quite personal – I am able to relate to the emotions in these portraits in a much more intimate manner.

Lastly, you have exhibited in galleries across South Africa. Do you have any hopes to exhibit across the African continent, and further abroad?

I will be exhibiting at the Art Expo in New York this April. So yes, I am looking forward to more opportunities that will enable me to grow as an artist and allow me to expand my work globally.