The Innovation Issue (13.3): In Conversation With RoseLee Goldberg

Andrew Lamprecht, curator, senior lecturer at Michaelis School of Fine Art (UCT) and former guest editor of ARTsouthAFRICA 13.2, recently had the opportunity to speak with RoseLee Goldberg about her involvement at this year’s Cape Town Art Fair. This interview was published in full in the March Innovation Issue (13.3) of ARTsouthAFRICA. 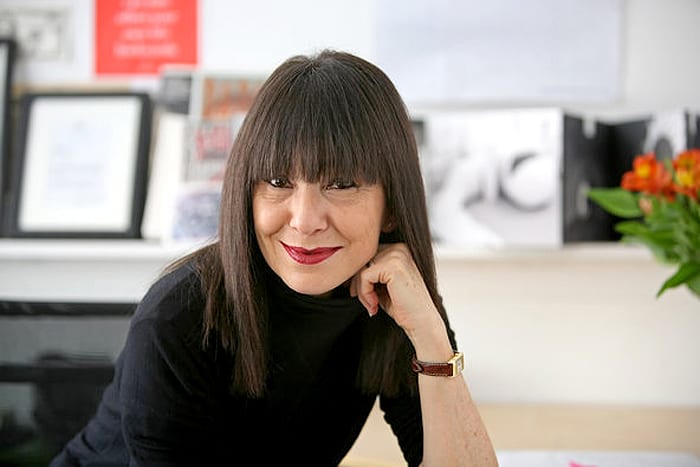 South African-born Goldberg is the founding director and curator of Performa, a non-profit interdisciplinary arts organisation, which has succeeded in presenting the USA’s first and only visual art performance biennial, one of the most anticipated art events in the country and internationally.

Andrew Lamprecht: Hello RoseLee! I’m very excited to hear you’re going to be involved in the Cape Town Art Fair this year – this is a welcome home in some ways.

So tell me, what will your role be at the Cape Town Art Fair (CTAF)?

The organisers have asked me to come to Cape Town as a visiting curator. Since the fair is quite new, and it will be my first viewing of it, we will treat this visit as a period of research, a time to re-connect with the art community, to understanding the fair’s potential as a magnet for art and ideas in South Africa and beyond, and to consider this as a stepping stone to curating a programme for the fair in 2016. Fairs are ubiquitous and rather exhausting for everybody these days but the opportunity here is to think about ways to make this fair different and relevant to the city and environs, to make it as much about art history and the future of art and culture in this society and to extend its reach beyond the marketplace. These are some of the things that we’ll be talking about.

Even though I grew up in South Africa, I haven’t lived here for a long time and I felt it important to visit (the Fair) first, to become familiar with the latest developments in Cape Town – the plans for the new Zeitz MoCAA museum, the new directions of the existing museums, the galleries and to meet again with many artists and friends. It seemed important to use this visit as one of exploration, as a step towards collaborating on projects that could be presented in both New York and Cape Town in the future.

That’s fabulous. Cape Town, and indeed South Africa or even Southern Africa at large, doesn’t have its own biennale, so in some ways the Cape Town and Johannesburg Art Fairs try to fulfil some of that role. Could you speak about what you think the challenges are in coming up with new ideas to make the CTAF relevant and not just a commercial venture? Have you got any ideas about that?

I’ve been looking back at the two Johannesburg Biennials that occurred in the 90s. In fact, I had one of my graduate students at NYU do quite an extensive research paper on the subject, so, thanks to what he’s been doing, I feel a little closer to understanding the complexities of those biennials and how difficult they were to produce so soon after the enormous political changes that took place in this country with the end of apartheid.

It is difficult under any circumstances to find the funding needed for a biennial, but especially for a young government when there are so many complex political and economic issues that must be considered. Even so, it was incredibly exciting to have the first biennial at exactly that moment in time as the country was opening up to the world and there was so much excitement about what that could mean. Both for artists in South Africa and for those coming from abroad who were invited to participate, the biennial opened conversations about South African art and politics in ways that had enormous impact. An art fair is easier to manage because it begins with a straightforward commercial agenda; the key for such a fair in South Africa is for the organisers to envision a situation that builds communities, has a large educational agenda, and that uses its financial backing to connect artists, arts institutions, schools, universities, and government initiatives. South Africans by nature are collaborative; they are very aware of social and political complexity, it’s something that we all grow up with in this country every day. There is tremendous awareness of the need for a rigorousness, a full blown consciousness when it comes to social concerns in South Africa.

In the context of the international art world, there is a way to use the fair and satellite events to spotlight the region’s art and culture but also to develop an original system for using its financial underpinning to have far reaching impact within the country itself.

Not to typecast you, but your role as a curator, academic and scholar on the history of performance art is internationally celebrated. Will you be addressing or focusing particularly on performance art in the discussions you’ll be having? Or will you be looking at contemporary art in many manifestations and mediums?

I would say the latter. I am sometimes called a ‘performance art historian,’ but more accurately, I am an art historian. The lens through which I look at performance is first and foremost a visual art lens, and my job is to show how live art, or performance, is integral to the history of art. I don’t consider ‘performance art’ as a separate discipline. Rather, it’s one medium among many that an artist can choose to express his or her ideas. Artists have always made performance – even Leonardo da Vinci created live events, as did many artists of the Renaissance – alongside work in the ‘solid arts’ of painting and sculpture. In answer to your question, I’ll be looking at contemporary art in all its manifestations and mediums. Growing up in South Africa had a lot to do with my viewing art across a broad spectrum of disciplines and in the context of political and economic shifts. It was simply not possible to separate visual art from the larger political landscape, or from other disciplines for that matter. African music, African dance. On the radio, in the streets. The kinds of art we grew up surrounded by couldn’t be looked at from a western model of art history.

Back to your question; I started Performa to make the point that performance has always been integral to art history, to show that the past hundred years have been a multidisciplinary century. Futurists, Dadaists, Surrealists, New York in the 1970s. Thousands of examples point to the fact that artists work in a broad range of disciplines. The goal for the Performa biennial was to make that history clear, and also to commission new work, to reinvigorate the idea of what artists’ performance could be.

What is your view at the moment of art coming from the African continent, even just specifically South Africa? Have you got any comments on it? Is it something you are you looking forward to seeing at the CTAF and in your travels in South Africa?

I am always thrilled by how strong South African artists are, how sophisticated, both in terms of aesthetic and the rigorous questioning that is at the heart of their work. They have a real core in terms of moral imperatives; they shape their work, no matter how abstract, to be a vehicle for ideas.

I’m always trying to understand what makes this work so powerful, and will be asking myself that question again, close up, in the context of the fair. I am often asked, “Which country has a particularly strong (in this case) performance art scene?” or “Are there interesting artists there?” and there’s lots to talk about when it comes to South African artists. In general there’s very high standard in South African art schools, amongst artists, and the work they produce. It’s very tied to the country, its character and history, yet it’s not provincial.

I think the CTAF is a very exciting thing in South Africa. We’ve had the Johannesburg Art Fair for a number of years and I think having CTAF gives it competition; competition is always healthy when it comes to these things. It has a very different approach as well, in many ways, although a lot of similar galleries are there and have been for the two short years that it’s been running. I’m not sure if you’re aware, but I was involved in the first two art fairs.

I was not aware of your involvement. Tell me more. It’s very helpful to hear from you directly how it came about.

I was the guest curator for the first art fair and I was also involved in some capacity in the second art fair, just giving them advice and so on, and I’ve been very impressed by what’s happened and how it’s grown, so I’m really looking forward to seeing it this year. I think bringing people like you on board to give advice shows a very deep commitment from the organisers.

I’m thrilled to have your advice and background. I look forward to getting a better understanding of the history of the fair, but also long term plans for where it might go in the future.

I think the CTAF has a very fresh approach. Although the organisers don’t actually come from an art background, they are open to any ideas, any possibilities. This might sometimes be frustrating, particularly for those galleries who exhibit at and have been involved in dozens of art fairs all over the world, but sometimes you find very interesting things coming out of that.

Well, I am sure its possible to do this very intelligently – to link the great art schools, the universities, the many communities in and around Cape Town. Of course, you need the commercial side to help generate and pay for these kinds of conversations. It’s exciting to hear that you feel that the organisers are looking to do this.

It was wonderful to see the number of people who came through the doors. A very large group of people – not as diverse as they should be, but I think that’s one of the challenges that the organisers face – attended something that they normally wouldn’t. People who don’t usually set foot in an institutional or commercial gallery felt comfortable to come into the CTAF and look at a wide selection of art. I feel very positive about that.

I look forward to experiencing all these various parts first hand, and to being part of a much larger discussion about how the CTAF will evolve, how it could be effective in building a strong and inclusive arts community in the Cape. This will be an exciting trip, and I hope we can begin conversations about potentially bringing work back from South Africa to Performa, and hopefully also, to creating a Performa weekend at the next fair.