The Innovation Issue (13.3): In Conversation With Teddy Goitom of Afripedia

ARTsouthAFRICA spoke to Teddy Goitom, founder (along with Senay Berhe and Benjamin Taft) of Afripedia, a digital platform and a visual guide to art, design, music and contemporary culture from Africa and African creatives worldwide. This interview was published in full in ARTsouthAFRICA The Innovation Issue (13.3). 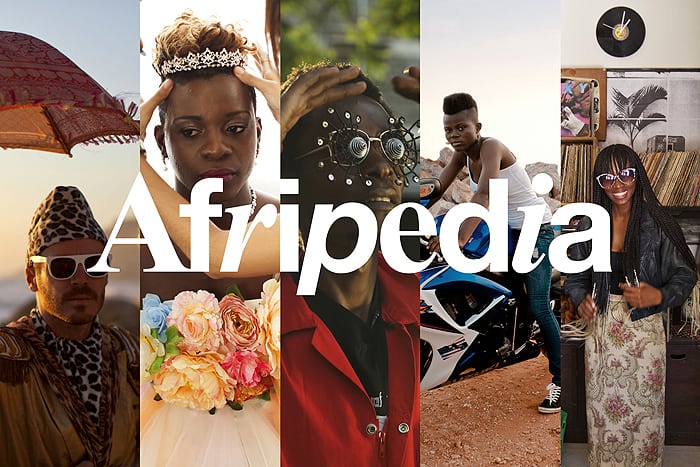 ARTsouthAFRICA: Please tell us about the name Afripedia – while it seems self-explanatory, it can’t escape its similarity to the word ‘encyclopedia,’ which, especially when it comes to Africa, denotes a system of classification; studies on Africa by non-Africans. While this surely isn’t what Afripedia is about, don’t you think it’s interesting that a bunch of guys from Sweden started a platform like this, instead of it being initiated from within the continent?

Teddy Goitom: The idea started out in Sweden with the film project and working title Stocktown x Africa, which we later expanded on and changed the name to Afripedia as we realised that a few films could not represent the whole continent. We wanted to extend it into a visual platform and guide, to connect, curate and share more information on creatives from within and outside of the continent.

We are still in the early development stages of building the platform and during our years of research, we have built strong networks on the continent with creative hubs, blogs, magazines, individuals, and entrepreneurs and we are discussing how to evolve a future platform.

The key is collaboration and giving access to each other with the help of many curators and experts in various fields on the continent and outside. The lack of representation of African creatives in different fields is not geographically related to Africa, it is also a global issue.

It is fantastic to have an international platform like this to promote the work of inspiring African creatives. Why do you think there is such a lack of information available regarding contemporary creative work from Africa?

I believe that we are in a period of transformation where access to information about African creatives and their work is opening up, both online and via galleries that are showing more interest. There are still so many visual works and creatives that are not seen or represented. It may be a lack of information and infrastructure as well as a lack of education and cultural support from within the different countries.

Another issue is that information is scattered everywhere and difficult to filter. That is why we want to build an Afripedia database, where sources can be synced, structured and more easily accessible.

You shot the documentary Stocktown x South Africa a few years ago. Did this pre-empt your interest in the creative culture here and throughout the rest of the continent?

Before we filmed the documentary in South Africa in 2010, we started the research process in 2009, traveling to Ethiopia, Burkina Faso and Ghana. That’s where we became more interested in what was happening in the creative scene in the various countries on the continent. The Stocktown X South Africa film was the first television pilot that we finalised and we continued producing short films as audience interest grew. They wanted to see more content from other countries.

You are described as a Swedish/Ethiopian-Eritrean content producer. Born in Jerusalem and raised in Sweden, what exactly is your African heritage?

I’m Ethiopian-Eritrean, so I originate from East Africa. It doesn’t matter where you are born; it’s how you feel inside.

The creatives that are featured in the Afripedia series are examples of role models that are pushing the boundaries and changing perspectives. They are creatives we can personally identify and connect with.

While there is an abundance of creative activity happening on the continent – from fashion design to dance, photography to music – many of these industries are not being adequately represented. Do you think that a digital platform, such as Afripedia, is necessarily the best way to bring work like this to the foreground?

A digital platform is just one alternative solution out of many innovative projects that we are going to see in the future. Our aim is not only to be a digital platform but also a physical one, with events, seminars, exhibitions and spaces where people can meet and share creative ideas together.

You describe Afripedia as “a platform and future forum for African creatives worldwide.” Please tell us a bit more about the ‘future forum;’ what do you see Afripedia becoming?

Afripedia will be a forum – a resource library with links to creatives, curators, organisations, festivals, art residencies, opportunities and access to each other. That is what is lacking now. To make it sustainable, we also want to build a marketplace where creatives can sell their products and services globally.

Please tell us more about the feature length documentary you’re working on. When should we expect it, and what can we expect to see?

We are in the development stage of producing a pilot and are going to focus on a few selected female creatives from the continent. They are people who are inspiring and pushing the boundaries and they are connected with a global audience. We are aiming for a 2016 release.

Focusing as we are on cutting-edge work, digital media and creatives who are using innovative approaches to making new work, we would love to know what you think of the notion of ‘African innovation.’ Is there someone who you would highlight in this regard?

One highlight in regard to innovation is the talented 3D-artist Andrew Kaggia who featured in our film from Kenya. He used YouTube as a tool to find tutorials to create a 3D animated film titled Wageuzi. In Swahili, it means ‘transformers.’ The film is about the battle for Kenya’s presidency, as imagined by a talented young Kenyan animator. Andrew decided to make a film that would inspire people in his country to cast their ballots responsibly and prove that disability is never inability.