in News Articles 2013
Share on facebook
Share on twitter
Share on email
Share on whatsapp
ARTsouthAFRICA 13.1 is the ‘Interview Issue.’ In it, we engage in conversation with a number of carefully selected artists, curators, writers and organisations who we know are truly committed to transformation, to changing perceptions about contemporary African art practice, and promoting the integration of communities that might otherwise not be exposed to the wealth of talent from the continent and the ways in which art can change lives. This is the full interview with South African writer and philosopher, Jean-Pierre De La Porte. 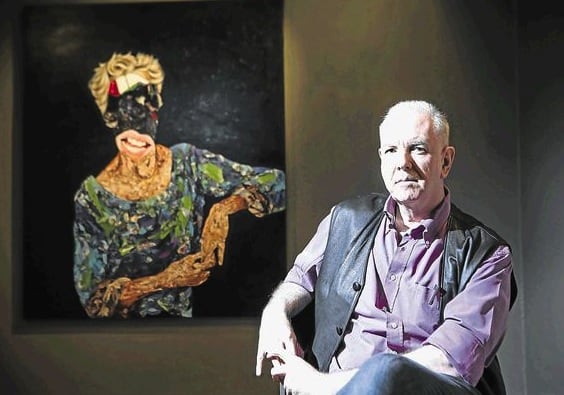 Image source: www.contemporaryand.com
Is there such a thing as ‘African art’ and does the label “African Art” enable or limit artists from the continent? What qualifies an artist to call himself or herself an ‘African artist?’ Are the issues of labels and identity still valid?
‘African Art’ is the name of a move within a number of Western-derived discussions. It operates as a kind of norm or the name of a problem within art magazines and academies. It remains to be seen how useful it might become after such norms are challenged, and perhaps shifted by the persons and activities it is supposed to capture. There is something faintly ludicrous in describing Benton, Pollock, Johns and Koons as American artists rather than focusing on the contingent, and certainly not national, networks that bind them in different ways to one another.

Artists may make use of many labels for the purposes of polemic or self-promotion and ‘African artist’ is simply one of these. Africa seems to have become fabled as it was in the high colonial era when hacks wrote books with titles like ‘Africa: Slumbering Giant’. Today’s boys own adventure fables that feature new Western tales analysing growth rates, demographics, direct foreign investment and free society metrics, or other juicy stories of a more sociological, moralistic or theological bent.

The need for a pan-African perspective arose in specific conditions inside the African diaspora around 110 years ago and seems to owe as much to American Hegelianism as to anything else. We should trace the twists and turns it has undergone, particularly thanks to the interpretative and tactical brilliance of the early African National Congress.

Today, any artist may label him/herself in any way they desire, but the label remains in candidacy for recognition by suitably disposed peers and (like any binding self-ascription operating within a normative rationality) it is up to the future commitments of the artist and his/her followers to show whether the label has interesting consequences. Criteria for adopting any label cannot be isolated in advance but must be adduced in retrospect from their consequences. Today it is worth prefacing as much as possible with the qualifier ‘African’, even if just to bring out the concerned missionary sensibility lurking within Western critics and commentators one more time.

Anybody who thinks issues of identity and labels are or ever will be played out is naïve and does not fully grasp the way recognition (and in the very broadest sense − concepts) function to make up judgements in art worlds.

Those who lament the ‘Westernness’ of South African art post-1994 are really lamenting the passing of their exclusive right to use and determine the cluster of different things that make up ‘Westernness’, according to their conditioning. South Africa has been fully engaged in trans-valuating ‘Westernness’ since 1913, and has achieved far better results so far than those who officially took this task upon themselves on behalf of the West (such as Heidegger, Spengler, Adorno, Derrida and Said).

The divide between the North and the South has long been bridged; we simply have to leverage it to our own advantage by inventing belated de jure terms for a de facto situation. This is exactly what Greenberg did in the presence of key European artists in exile in NY (such as Mondrian, Duchamp, Masson and Ernst). He had no intention to bridge, but rather to dramatically underline a contrast and a rupture.

Is a new transnational ‘African Art’ dialogue needed to foreground the various conversations, challenges and successes from African centres of culture and thinking?

The most useful experiment for art on this continent would be to particularise and adopt a strong and competitive ultra-regionalism, emphasising the breaks, the localness and even the sheer incommensurability of the arts and their networks between different places. The label ‘African Art’ is a vapid generalisation and should be licenced to the tourist fairs like Documenta.

When somebody like Greenberg shifted the centre of gravity of abstraction from Paris to New York in the 1940s, he was not concerned with Europe and America but with the potentials of one region as opposed to another for indigenising an ongoing (and, in his opinion, stalled but unavoidable) project, long-underway among dozens of artists all over.

Art is not the kind thing that needs heroes in order to achieve effective credibility. Curators have made a belated bid for this discredited archetypal personality role, and have proven that the fatuity of this belongs with Tin Tin and his adventures.

Jean-Pierre de la Porte is a research director at the Institute for Advanced Studies in Architecture and Infrastructure. He has created a Summer School video series, the latest of which (on Modernity) is available on Youtube: m.youtube.com/#/user/za5thC