in News Articles 2013
Share on facebook
Share on twitter
Share on email
Share on whatsapp
ARTsouthAFRICA 13.1 is the ‘Interview Issue.’ In it, we engage in conversation with a number of carefully selected artists, curators, writers and organisations who we know are truly committed to transformation, to changing perceptions about contemporary African art practice, and promoting the integration of communities that might otherwise not be exposed to the wealth of talent from the continent and the ways in which art can change lives. We published a number of excerpts and now present the full interview with Mariane Ibrahim-Lenhardt, gallery director and founder of M.I.A. Gallery in Seattle. 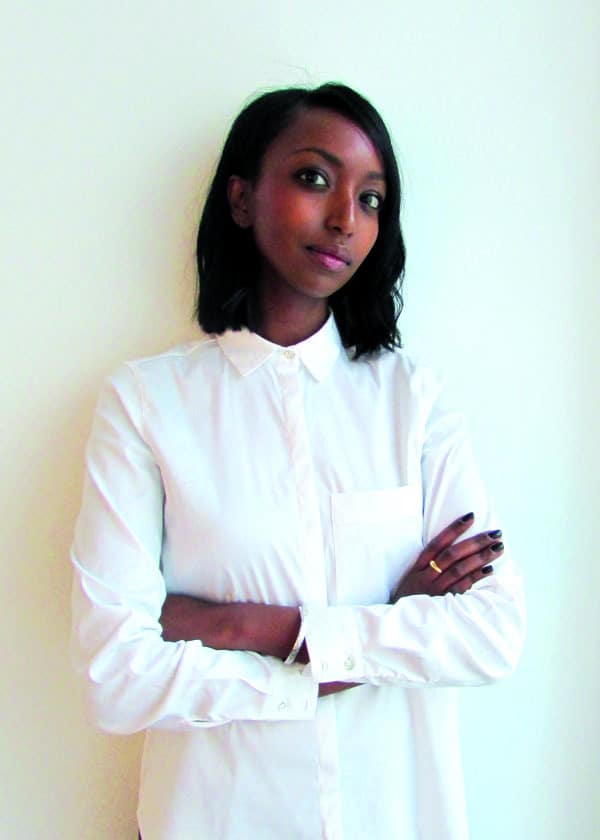 Image courtesy of the author.
Is there such a thing as “African Art”?

The term African art conveys both a feeling of narrowness and a reductionist view. It is often limited to Sub-Saharan regions and doesn’t reflect modern and contemporary art practices. There isn’t such as thing as ‘African Art’; there are arts from Africa.

Does the label “African Art” enable or limit artists from the continent?

Labels are de facto alienating. The majority of artists have seen their work misplaced, excluded from the contemporary art stage, and are coerced instead to take part in exhibitions highlighting their ethnicity rather than the relevance of their art.

What qualifies an artist to call him or herself an “African artist?”

It would be discriminating to qualify who is or not an African artist. I leave it up to the artist to answer this question.

Do you think the issues of labels and identity are still valid? Or is it old news?

Issues of labels and identities have been applied to distinguish the ‘African artist’ from the artists in general.  The African artist was confined to accept this label. The artist must define his/her practice in his/her own terms.

South Africa has its own narrative: complex and extremely diverse. South African contemporary artists received tremendous support during and post apartheid. Their art is not more ‘Western’, it has simply been accepted by everybody. The accessibility and the promotion of arts through educational infrastructures, art galleries, museums and cultural centers can reduce the gap between North and South.

Is a new trans national ‘African art dialogue’ needed to foreground the various conversations, challenges and successes from other African centers of culture and thinking?

There is a willingness to re-establish the dialogues and acknowledge their relevance within the continent. The challenge resides in creating a new paradigm that would revoke the idea of geographical boundaries, and embrace cultural similarities instead. The symposiums and art venues such as the DAK’ART Biennale, Lagos Photo, Les Rencontres de Bamako in Mali and Addis Photo, to name a few, play an important role in pursuing these conversations. Independent art spaces are also propelling the dialogues transnationally.

If Africa can leave behind its idea of Africa as a geography, or as a post colonial reaction, or as being defined by blackness, can it then be defined rather as a new dynamic energy?

Ignoring or leaving behind these very important aspects is simply alarming. We need to deconstruct the exoticised and romanticised attributes of Africa. Blackness has long been used against Africans in order to subjugate and isolate them from other people. The post-colonial reaction was to re-establish pride in being black when the Negritude movement came up. But today, Africans are faced with the re-appropriation and rewriting of their own narrative.

They already do. New generations of Africans are extremely conscious and sensitive about the past. They think globally. Artists don’t always correlate their degree of oppression with their involvement in art; this would assume that art and culture in Africa reacts solely in response to colonial and post-colonial influences. There is a great willingness from the general public to have access to the arts; it is only spaces that need to multiply. I admire how art curators are creating independent spaces to promote and engage the communities.

It is crucial to preserve and commemorate the past. It needs to be recognised, not avoided. For example, historical textbooks often present Sub-Saharan African’s history in a single paragraph. The kings, the different tribes and the languages are not named. The general perception about Africa is limited. Education is the key to break these stereotypes. The future of Africa can only be shaped by the people living on the continent and does not necessarily involve validation from the North.

What new stories of identity are revealed for this Africa through its art?

There are multiple artistic expressions and sub-cultures growing in Africa. Africa is mecca of new ideas and experiences. We are living in a great moment. New artistic narratives are deconstructing stereotypes and building new identities. The continent is an abundant source of inspiration for African and Non-African artists. Emerging artists are tackling political, environmental and economic issues. They experience changes in their spaces, and relate them in their practice. They are expanding their vision of the continent to the world.

It will to continue to be diverse, original and unpredictable.

I would use ambitions rather than provocations. I think curatorial productions have the power to articulate those challenges. Curators have the most important mission, which is to translate artistic practices and connect them. Art transgresses ideas. I guess the new pathway is to use art as a vehicle for addressing any current social or political issue that would compromise the advancement of Africa in the future.

As a confident transnational Africa emerges, what do we see as the most progressive approach that ‘African art’ can take and what does this approach represent and what new qualities does it possess and pose?

We are at a turning point. Nowadays, the world is now open to and interested in the arts coming from Africa. The contemporary African art fair in London is dedicated to the contemporary, and will launch its second edition in October 2014. Joburg art fair is highly acclaimed by international collectors. There should be a few more in Africa. I strongly believe that when Africa hosts biennales that gathers artists and curators from around the world, the art world will disregard geography.

For a new generation not willing to be co-opted into the dramas of the past nor defined by a previous generations concerns, art challenges new orthodoxies to create a new platforms for art practice and discourse that brings together creative, and intellectual minds.

The nouvelle vague of artists/artistic groups have no ambition in imitating their predecessors or any other movements. Their art practice is individualistic. Artists aspire to feature their work within the global art scene; they no longer define themselves as being an African, but simply an artist. They are recognised for the relevance of their work and not where they from.

Are the current voices and media of today’s ‘art establishment’ still relevant?  Are they able to capture the current zeitgeist? How should we be engaging the new generation to inject a sense of edginess into our discourse?

Art publications established in Africa are rare, speaking of contemporary art. What is important to me is the context in which the art is presented. Media and blogs are vital to promote artists. Social media has accelerated their communications. Artist post their work, and it is immediately reposted. We are living in a fast consumerist society, and this doesn’t always help the artist whose work can be taken out of context. This is why I think the work of art dealers and galleries is indispensable in presenting the work in the most advantageous and appropriate way for the artist and his/her career. We should be receptive to their discourse and not instruct them how they should practice.

The gallerist, of course.

Born in Noumea, New Caledonia, Mariane spent her childhood between Somalia and France. She graduated in Media and Communications and created an NGO to protect Rock Art Painting. In 2012, she founded the M.I.A. Gallery in Seattle, whose aim is to present emerging international artists.