in News Articles 2013
Share on facebook
Share on twitter
Share on email
Share on whatsapp
ARTsouthAFRICA 13.1 is the ‘Interview Issue.’ In it, we engage in conversation with a number of carefully selected artists, curators, writers and organisations who we know are truly committed to transformation, to changing perceptions about contemporary African art practice, and promoting the integration of communities that might otherwise not be exposed to the wealth of talent from the continent and the ways in which art can change lives. We published a number of excerpts and now present the full interview with Naima J. Keith, assistant curator at Studio Museum Harlem, New York City. 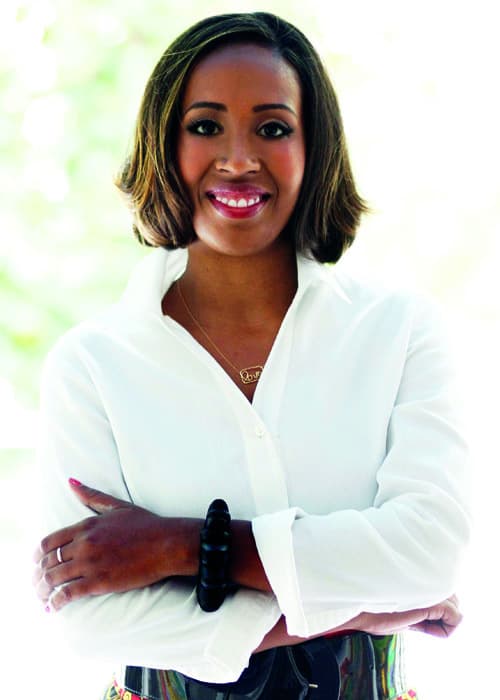 Image courtesy of the Naima J. Keith.
Is there such a thing as ‘African Art’? Does the label ‘African Art’ enable or limit artists from the continent? What qualifies an artist to call himself or herself an ‘African artist?’ Do you think the issues of labels and identity are still valid? Or is it old news?

In a recent interview, fellow curator and founder/ director of Centre for Contemporary Art, Lagos, Nigeria (CCA Lagos), Bisi Silva proclaimed, “There is no such thing as contemporary African art – there is only contemporary art from Africa.” as a curator primarily focused on themes of identity and conceptual practices in contemporary art, with a particular attention on artists of African descent, I completely agree. I truly believe that a nuanced engagement with the continent should prevail alternatively, and whatever that is, it should be first and foremost the artist’s choice. A geographical provenance should not be considered an aesthetic category.

Works by Europeans don’t always signify Europe. Nor does work by Americans always signify the US. Nobody asks them to be European or American artist as such. Africa is not the only conceptual context in which the artists there operate.

I think of Africanness in an expanded sense. To address the diaspora, one has to look to each specific circumstance. Ernest Mancoba, for instance, could not have developed his work in South Africa in the 1930s. He had to leave in 1938. Ibrahim El-Salahi left Sudan in 1954 to study at the Slade School in London. He returned home to be part of the revolution. Many artists left but decided to return, while others remain in the diaspora. The latter, together with artists of African descent, are African to me as long as they engage thematically and aesthetically with Africa. Sammy Baloji works in and about Congo. How can we question his authenticity just because he now lives in Brussels?

Interesting question. Personally, I don’t know if we should avoid bad historical precedents as much as we should learn and grow from them. There are also plenty of positive historical precedents. For example, the first Festival of Negro Arts in 1966, initiated by poet-politician Léopold Sédar Senghor, Senegal’s first president, is one of the most long-standing African cultural events. 1966, in post-colonial Africa, as it were, was a groundbreaking moment. At the opening, André Malraux said that the most important thing about the festival was its potential to create a new African cultural identity through art.

The 1960s in Dakar was also when opinions about art split— broadly speaking—between the followers of Senghor, the first professors at the École de Dakar, and those associated with Issa Samb and Laboratoire Agit-Art, among them people such as Djibril Diop Mambety and El Hadji Sy. Both groups tried to preserve traditional elements while keeping a post-colonial subjectivity in the equation. The former tried to define the official Senegalese art and was supported by the state. The latter was calling for a political awareness and social engagement they saw missing in the official narrative. I’ve just roughly described one moment in Senegalese art. We should bear in mind that whenever we talk about African art, we are talking about the various contexts throughout Africa, including the diverse narratives and multiple audiences and practitioners of the continent. What the general public in Africa perceives as contemporary art could be as well many different things. In short, I think African art has gone far beyond Malraux’s expectations, but it’s a historical prescent that we should and can learn from. Artists and curators have created platforms for artistic discourse in places where such things never existed while actively transforming the existing ones.

As a confident transnational Africa emerges, what do we see as the most progressive approach that ‘African art’ can take and what does this approach represent and what new qualities does it posses and pose?

One of the most interesting aspects of African art today is its presence in and engagement with public space. The number of urban interventions and platforms dealing with public space has increased dramatically over the last twenty years. For instance, in 1991, in Douala, Cameroon, Marilyn Douala Bell and Didier Schaub founded Doual’art. It’s one of the most prominent institutions in Africa; their projects connect artists with communities, challenging definitions of the public sphere and civic society. Street theater was already quite prominent in the 1940s and ’50s in Nigeria. Theater and performance was, and still is, part and parcel of African cultural experience in pre-, post- and during colonial times.

What are the major platforms for contemporary African artists at present?

The Dakar Biennale known as Dak’art continues to be a great platform, particularly for those enduring artists producing work in arenas lacking of a structural professional support. There is a general feeling of excitiment regarding this year’s edition of the Dakar Biennale. I wasn’t able to attend, but I have spoken to several colleagues that cant stop raving about it. In addition, platforms such as the Biennale de Lubumbashi, Rencontres Bamako, Addis Photo Fest and the Joburg Art Fair are fundamental tools for artists aiming to disseminate their work internationally. One shouldn’t forget the attention that certain local platforms receive in the international arena such as the Bisi Silva’s Centre for Contemporary Art in Lagos, and dedicated online platforms such as Contemporary &, which follows in the path of printed journals such as Nka, Revue Noire and Savvy Contemporary.

How do you think is contemporary African art perceived outside Africa?

The perception is and has been shifting for quite some time, although there is a lot yet to be done. The presence of artists in major group exhibitions, the increasing number of African galleries represented in international art fairs, the first edition of the fair 1-54, the global ethos of many major art fairs and festivals, and particularly last year Golden Lion for the Best National Participation to Luanda, all seem to indicate a transformation in how African art has now become represented in the world.

What’s the role of African art criticism? Is it undergoing any manner of recent transformation?

While there are several recent developments, I believe more opportunities need to be done with regards to art criticism in Africa as a whole. The Dakar biennale in Senegal has been central in its development over the past decade as they have organized several art criticism workshops mainly for art journalists from several West African countries as part of their educational programs and in preparation before each biennale event. The Bamako African photography biennale in Mali also has a program targeting photography criticism. These initiatives have contributed in introducing art writers to a wide diversity of artistic practice and artists as well as writing tools. The opportunities to develop art criticism is extremely limited in most countries with only a handful of critics and in most cases no art magazines or journals. In Nigeria, there are writers who are members of the International Association of Art Criticis and have undertaken doctoral research in modern and contemporary Nigerian art but it is not uncommon to have ‘heated’ debates in the newspapers about art. Most universities had some form of printed platform for academic art writing but that dwindled in the late 80s with repression of intellectual activity by the military dictatorship and many academics fleeing the country.

Art definitely needs constructed criticism to develop and I believe each context determines at what level it is appropriate for their locality and this will differ from one place to another.

What are a few trends that have caught your eye as it relates to African art?

In the last two decades, there has been an exponential growth in the visibility of a new generation of women visual artists on or from the continent of Africa as well as a diversification not only in the medium but also in the breadth and complexity of the themes and issues with which they engage, which include the body, sexuality as well as questions of history, culture, patriarchy and post-colonialism. Women artists from Africa, and of African descent, have been producing work which questions and challenges both their contemporary situation and their complex histories. In this respect, I have my eye on Meriem Bouderbala, Mouna Jmal, Sana Tamzini and Fatma Charfi, all contemporary women artists in Tunisia.

Naima J. Keith is an Assistant Curator at the Studio Museum Harlem in New York City, where she has organised several critically acclaimed exhibitions.