Generally speaking, the word used for the entertainer in Arthaśāstra is kuśīlava. Specific to this billet or that berth, the kuśīlava has a variety of sub-titles. For instance: the nata (actor/actress); the nartaka (dancer); the vādaka (percussionist); or the kathāvāka (story teller). In the matter of regulations apropos the kuśīlavas, the Arthaśāstra refers to the rules relating to the gaņikā or the prostitute/courtesan. Arthaśāstra 2.27.25 authorises ‘the Head of the Department of Courtesans/Prostitutes’ to enjoin upon all ‘Leisure Control Officials’ to ensure that ‘the regulations regarding courtesans and prostitutes’ also apply to every variety of kuśīlava.

To prevent the common man from getting far too attached to the kuśīlavas’ larks, Arthaśāstra takes quite a few precautionary measures. In 2.1.33, the villagers are forbidden from  establishing any permanent neighbourly contact with entertainers. Next, in 4.1.58, it imposes a

severe restriction on the mobility of performers: ‘Entertainers shall not move from place to place during the rainy season’. All the earthly gains that are to be achieved by disallowing the villagers from having halls or parks for recreation or by disallowing the kuśīlavas to bring colour to the monotonous monsoon days, is brilliantly summed up in 2.1.34 and 2.1.35: ‘Actors, dancers, singers, musicians, professional story-tellers and minstrels shall not obstruct the work [of the people], because in villages which provide no shelter [to outsiders], the people will be [fully] involved in the work of the fields’.

So,in the (larger) interest of economic benefits that can be procured by keeping farmers firmly rooted to the fields, the kuśīlava has to be perforce cast in the mould of the mendicant. It follows logically from the tenets of the Kauţilīyan Political Science that the kuśīlava is destined to be a perpetual nomad, a perennial outsider just like the bhīkşu or the wandering monk. The parallels between the entertainer and the mendicant – the two ‘crooks’ who have the capacity to both fool and unhinge the householder – is further elaborated. Just as 4.1.58 prohibits the entertainer from traveling during the monsoon months, Arthaśāstra does the same to the mendicants. In 4.1.62 and 63 we hear that: ‘Like entertainers, beggars and nomadic mendicants shall also not move about during the rainy season. The punishment for transgression shall be whipping with an iron rod’.

Decidedly,  in the Kauţilīyan world-stage the gŗhastha or the family-man doing time in field or office is the key-figure. It is he who occupies the still centre. It is at his threshold that, decked in some peculiar but distinctive costume, stands the want-less beggar or the enticing thespian. By the same token, the task of maintaining the sanctity of the threshold becomes a chief burden for the over-seers of worldly affairs. This implies, the divided line of the threshold itself has to be regarded as the organising principle as far as contacts between the bhīkşu or the kuśīlava and the gŗhastha is concerned. Arthaśāstra does recognise that the roaming, strolling kuśīlava, can, if he so wills, put the very threshold separating the ‘official’ and the ‘non-official’ into question. 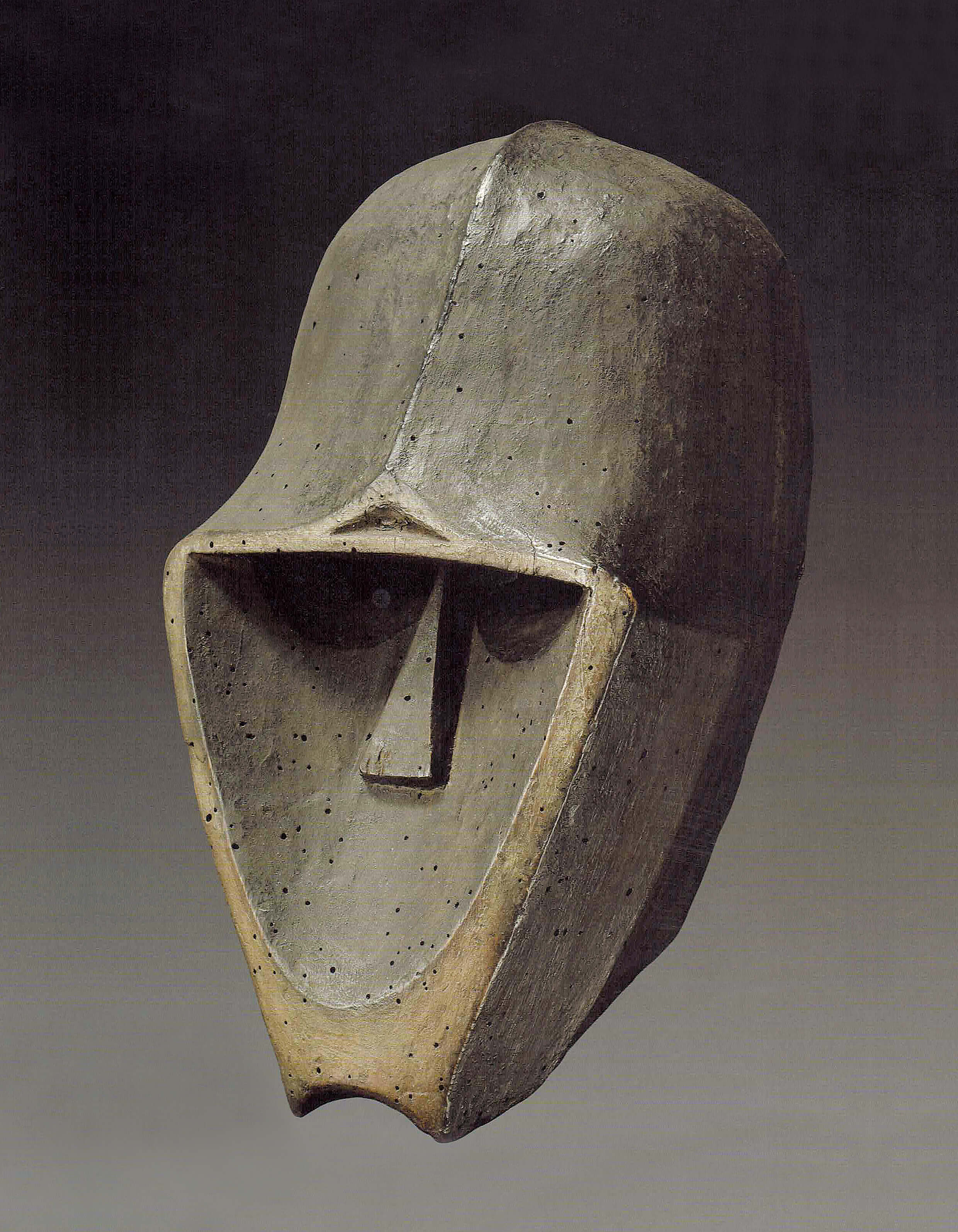 Plato’s theoretical propositions as well as his practical proposals vis-à-vis art and artistes are well known. It is indeed amusing that in rehearsing the ‘old quarrel between philosophy and poetry’, Plato’s Republic, in a vein similar to that of the Arthaśāstra, picks on the metaphor of the tramp in describing the artist. Reminding readers of an ancient saying, it says in Book Ten (titled ‘Theory of Art’): ‘[writers of drama and poetry are] subtle thinkers who are beggars none the less’. Starting with the double-assumption that the real phenomenal world belongs to the order of mimesis or re-presentation in relation to immutable Forms and the work of art belongs to the order of mimesis or re-presentation in relation to the real phenomenal world, Plato quickly wrapped up the issue. He declared: ‘the artist’s representation stands at third remove from reality’. And the rest was simple arithmetic. In The Republic, Plato argued that since artists at best deliver imperfect copies of defective copies of the Ideal-Real, they can only prove to be entertaining to ‘the taste of the ignorant multitude’. Dealing with a low element in the mind, beggarly men with their beggarly representations have the potential of arousing the base passions of base people. Even the otherwise rational mind may get so carried away by the tomfoolery he sees on stage that the ‘bad taste in the theatre may insensibly lead [him] into becoming a buffoon at home’. Plato was quick to point out the political consequence of the insoluble bond between artand vulgarity: ‘[the artist] wakens and encourages and strengthens the lower elements in the mind to the detriment of reason, which is like giving power and political control to the worst elements in a state and ruining the better elements’. So, Plato the ideal-philosopher declared: ‘We are therefore quite right to refuse to admit [the poet] to a properly run state’. Throwing the baby with the (dirty) bath-water, the intellectual architect of the Perfect Republic tried to steel his ideal (Apollonian) city-state from the onslaughts of (Dionysian) carnivals.

On the basis of the Arthaśāstra, it is quite safe to assume that its author was as careful about the health of the city he nursed as was the author of The Republic. But, unlike the Plato of Book Ten, Kauţilīya did not think of expelling kuśīlavas from his (idealised) state.

In verse 4.1.61 there are three variants to select from. Of those variants, one occurs in two commentaries, one in the manuscript, and the final one is an emendation which, meaning-wise is very close to the manuscript-word. This opens up two routes of enquiry.

Route 1: Those who take the commentary-variant as their point of departure will tell us that the Arthaśāstra instructs: [Actors] may, at will, entertain by avoiding the ridicule of the (customs of) countries, castes, families, schools, and love-affairs.

Even while merriment-sans-satire, frolic-sans-critique, amusement-sans-caricature, may please those who look down upon the inter-mixing of ‘aesthetics’ and ‘politics’, the ban that gets promulgated by adhering to 4.1.61 of Route 1, does not show much theoretical enterprise or acumen on the part of the law-maker.

Route 2: Those who take (the manuscript-variant or) the emendation as their point of departure will tell us that the Arthaśāstra instructs: In their performances, [the entertainers] may, if they so wish, make fun of the customs of regions, castes or families and the practices or love affairs (of individuals).

There is no denying that this is not only radically different from the other version, but extremely provocative. 4.1.61 is the sixty-first verse of the First Section of the Fourth Book of the Arthaśāstra. The Fourth Book is called ‘The Suppression of Criminals’ and its First Section,  ‘Keeping a watch over artisans’.

The Route 2 ruling leads to this obvious inference: no spoilsport, no humourless bully, can aspire to the (coveted) post of ‘Leisure Control Official’. Since it is not warranted that entertainers refrain from cutting jokes about persons who invite them, but are explicitly told that they may do so, it followslogically, that keepers of law and stability are called upon not to meddle with the kuśīlavas’ unrestrained word-sport. This means:

If the nata acts the rude guest and pours scorn on practices held respectable by the community hosting the show, the law-keeper will not frown upon him.

If the band of nartakas, aided by the thumping beat produced by the vādakas’ percussions, stimulate the viewers’ imagination by cutting figures and striking poses simulating sexual union, it will not draw the wrath of ‘Leisure Control Officials’.

If the kathāvāka spills the beans and starts gossiping about secret love-affairs of men of reputed families, it will not infuriate the keepers of peace.

It seems that the Arthaśāstra relies on the criminal practice of artists, i.e., on art itself, for the surveillance of criminals! 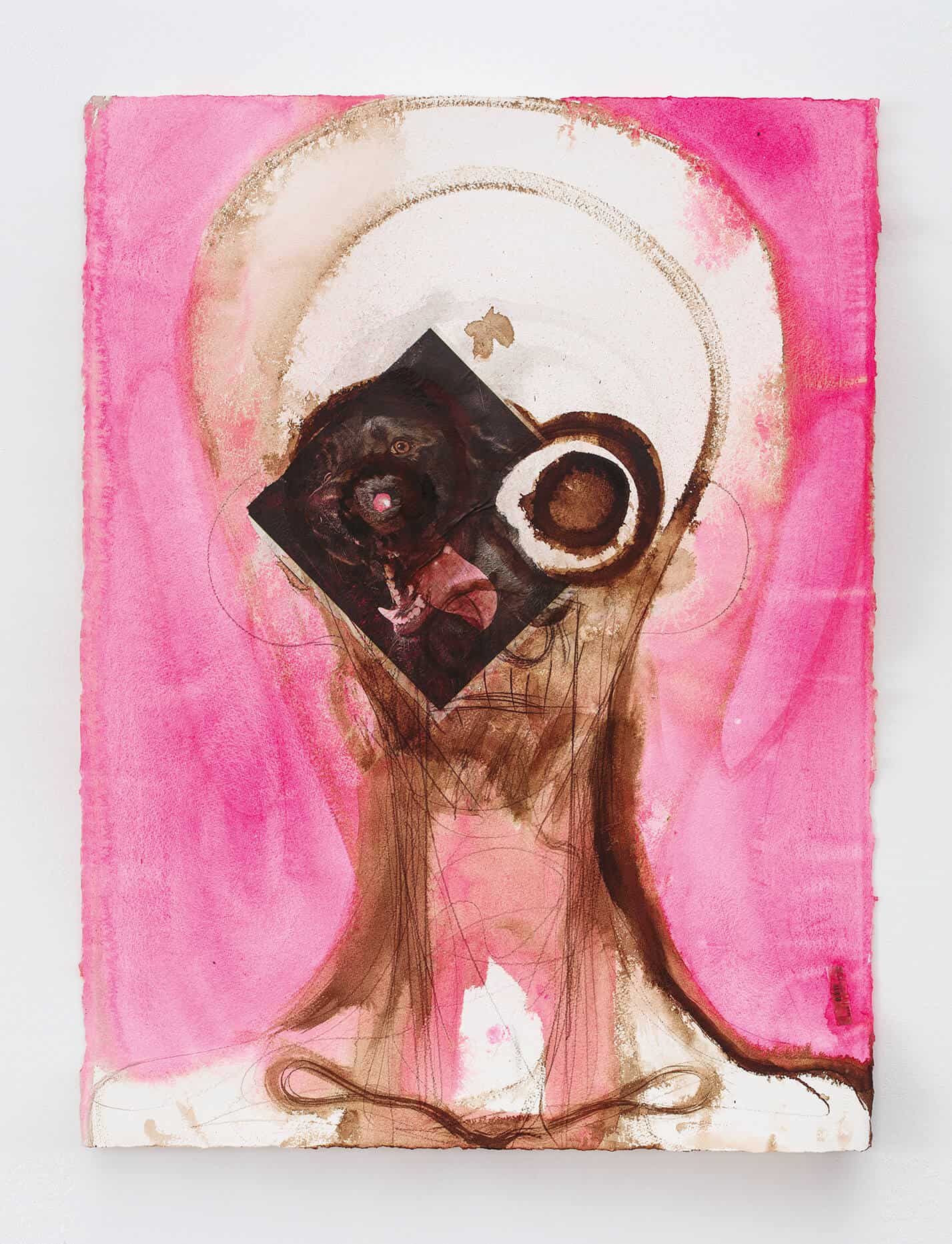 Plato’s Republic (Book Ten) mutes the artist by ex-communicating him; Kauţilīya’s Arthaśāstra – going by Route 2 outlined above – grants kuśīlavas the ‘poetic license’ to cater to his ludic impulse. Plato admonishes the dramatist; Kauţilīya indulges him. Plato removes the thorn-like irritant by dispatching the poet to some Siberia-like region of icy silence; Kauţilīya ‘removes the thorn’ by encouraging the kuśīlava to be publicly vocal about his critical observations relating to societal inequities or incongruities.

Following Route 2, the Arthaśāstra invites the artist to launch assaults on the cherished values of society. It impels the kuśīlava to air grievances that for most part remain subterranean. The policy involving the policing of the kuśīlava’s activity is grounded on incitement. Inciting in lieu of silencing, sanctioning in lieu of repressing, Arthaśāstra makes the pouring of curses, oaths, and popular blazons on stage officially permissible. What is more, in one of the clauses dealing with ‘verbal injury’ included in the Eighteenth  chapter of the Third Book, the Arthaśāstra takes extra care to safeguard artists from the wrath of the mighty (3.18.1).

This gives us an opportunity to ponder upon the theme of hypocrisy. The word ‘hypocrisy’ is rooted in the Greek word hypokrisis, meaning, ‘act of playing a part on the stage’; and, the word ‘hypocrite’ is rooted in the Greek hypokrités, meaning, ‘the actor’. But, subsequent developments have ensured a progressive devaluation of both ‘hypocrisy’ and the ‘hypocrite’. As early as in Plato, the hypokrités is relegated to the low rank of the dissembler. Kauţilīya too harbours grave doubts regarding the integrity of the person who feigns to be what he is not, the hypokrités, that is. And, how could he have done otherwise? For, the suspicion as regards the reliability of the (Indian) hypokrités is written into the word kuśīlava itself. Kuśīlava is a family-member of the word kuśīl, meaning, ‘of bad lineage’.

But – perhaps because it is not encumbered by any heavy metaphysical machinery as The Republic – the Arthaśāstra, even if diffidently, admits that, no one save the ‘actor’ was an honest hypocrite. Unlike Plato, Kauţilīya does not drive the poet underground but keeps him ‘over board’. He then mobilises hypokrisis itself to contain the ‘honest’ hypokrités. The technique is comparable to the removal of thorns with thorns.

Kauţilīya’s Arthaśāstra is remarkable in the way it expounds on the irony implicit in a system of governance that may be labelled submission-through-transgression. By harnessing the ‘dangerous supplement’ built-in to ‘entertainment’ and elevating the extra-political to the official status, Kauţilīya renders ‘entertainment’ harmless. The Kauţilīyan tactic of containment amounts to formalisation of subversion. By legitimising contravention, by opening a possibility for people to let off steam with the aid of a safety gadget euphemistically called ‘art’, it takes the wind out of the sails of (probable) opponents. The ‘Security Forces’ in the guise of ‘Leisure Control Officials’ patrol the boarder or the precariously thin divided line of the householder’s threshold and keep it in tact. One of the unstated maxims of the Arthaśāstra apropos the artist is: ‘the officially anti-statist artists are most likely to be unofficially statist’…

Formerly, Professor of Cultural Studies, Centre for Studies in Social Sciences, Calcutta (CSSSC), Kolkata & Formerly, Professor of Comparative Literature, Jadavpur University, Kolkata. Among his many books some are: Three Essays on the Mahābhārata: Exercises in Literary Hermeneutics (2016), Gopal-Rakhal Dvandasamas: Uponibeshbad O Bangla Sishu-Sahitya (2015) [translated into English as: The Gopal-Rakhal Dialectic: Colonialism and Children’s Literature in Bengal (2015)], The Colonial Chronotope (1994). Besides essays, he writes poems, stories, novels, plays in Bengali. He has received: Vidyasagar Memorial Award 2010 for his life-time-achievement in the sphere of Bengali prose; Sisir Kumar Das Memorial Award 2010 for his contributions to Bengali literature; Buddhadeva Bose Memorial Award 2016 for his contributions in the fields of Bengali and English essays.

This text is an abridged version of the original, published as ‘The Laughing Performer’, Sibaji Bandyopadhay Reader: An Anthology of Essays, Delhi: Worldview Publications, 2012.