The ‘Painting’s Not Dead!’ Issue (13.4): In Conversation with Ed Cross

This article is an exerpt of the full interview, which appears in the June Digital Issue (FREE download here for Apple and here for Andriod) and the ‘Painting’s Not Dead!‘ Issue (13.4) of ARTsouthAFRICA – on shelves at a store near you soon! 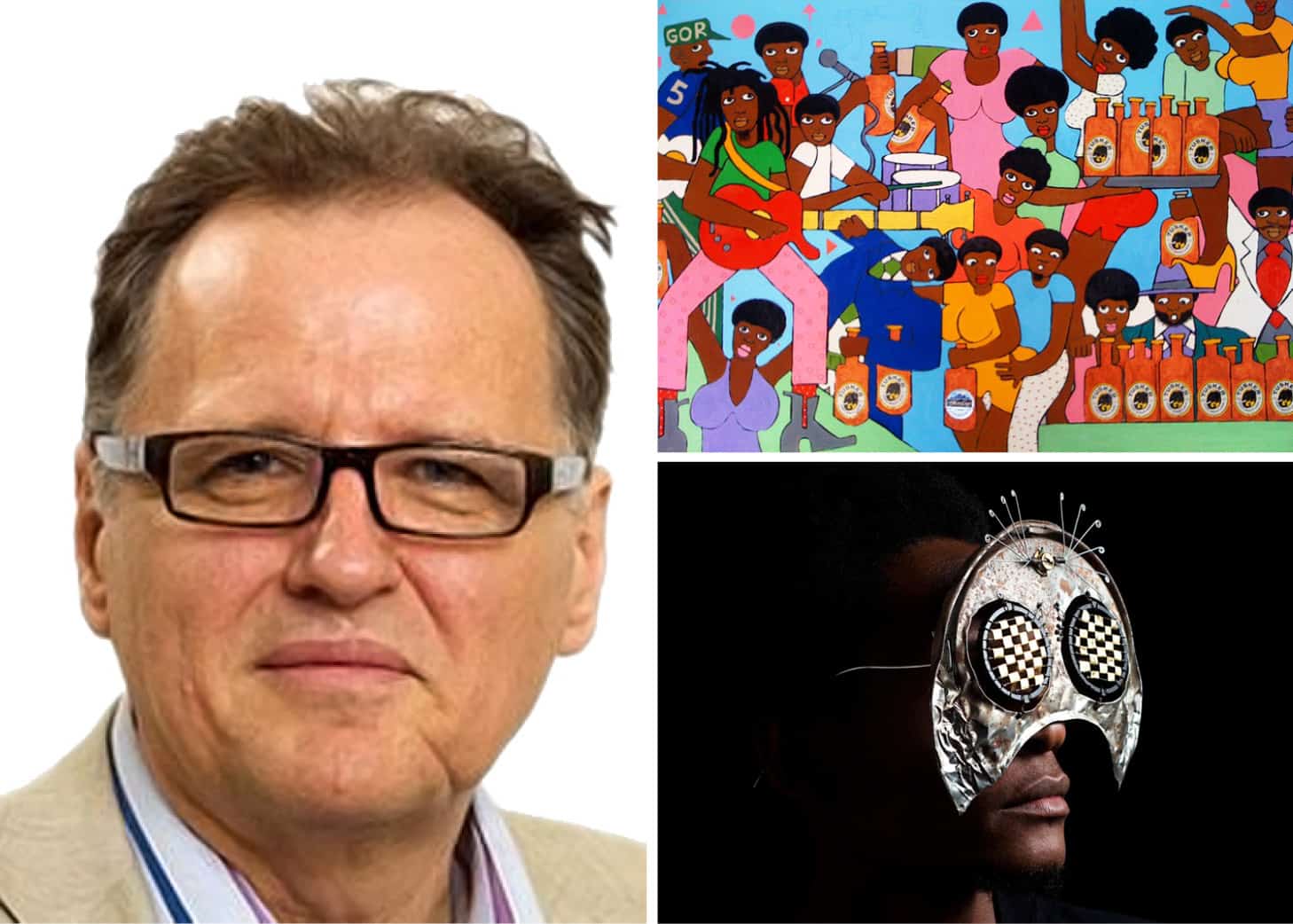 Together with The Auction Room, you have just completed your fourth African Contemporary & Modern Art auction. Has there been a distinct increase in the interest around African art since your first auction? Could you give us some feedback on the most recent results, and some of the highlights?

Since our inaugural African Contemporary & Modern Art auction in October 2013, we have seen a marked growth in interest in this area of the art market, from regional and global collectors, as well as from press and corporate entities.

With our online platform, we are able to reach collectors who may not have otherwise have the opportunity to buy art from Africa. For example, in our first auction a client from Singapore purchased El Anatsui’s <Coins on Grandma’s Cloth> for £30,220 sight-unseen.

Our second auction focused on African Contemporary Photography, the first auction of its kind internationally. This auction was held in collaboration with Ozwald Boateng and the partnership introduced a new network of people – many of whom were young or first-time collectors – to art from Africa. We were particularly delighted to be the first in London to exhibit and sell two outstanding works by Patrick Willocq, after they were hung in the prime window space at Ozwald Boateng’s flagship store.

This interest from young and new collectors inspired us to hold a ‘Young Visionaries’ auction in December 2014, that drew together young talent from across Africa at affordable prices (from £200 – £10,000). In particular, artists such as Aboudia and Zemba Luzamaba appealed to new generation collectors, and sold well in the auction.

Most recently, we held an auction in March combining modern masters, such as Onobrakpeya, Enwonwu and Oshinowo, with contemporary works from names like Goncalo Mabunda, Fabrice Monteiro, Maimouna Gueressi and Julien Sinzogan. The auction was a big success and we held a well-attended private view in our new permanent exhibition space at Ely House in Dover Street, London. The ‘star lot’ of the auction was <Home Sweet Home> by Pascale Marthine-Tayou, which achieved £31,200 against its £26,000 – £32,000 estimate – an auction record for the artist, which tied in nicely with his solo exhibition at The Serpentine Gallery in London.

I am a friend of George Bailey, chairman and founder of The Auction Room (and former Managing Director of Sotheby’s Europe). When The Auction Room launched in 2013, there was only one auction house in London conducting sales in this market. The initial aim of The Auction Room was to focus on ‘middle markets’ that auction houses such as Christie’s and Sotheby’s were increasingly ignoring. Seeing a gap in the market for this ever-growing and fascinating collecting category, we joined forces – combining my experience in Africa with The Auction Room’s efficient and intuitive online bidding platform.

You’ve said before that Nigeria is crucial to the future of contemporary art in Africa because of its high levels of disposable income available for collecting and the patronage of the visual arts, as well as Nigerians’ ability to “get” the logic of investing in one’s own culture. What do you think can be done to broaden interest on the continent and what could be learned from Nigeria’s example?

I think that the collector base is already broadening considerably, and not just in Nigeria – Kenya now has a successful auction house and a growing number of galleries and art agencies. Most African countries have established some kind of art initiative; quite a number of these are supported by The African Arts Trust, an organisation founded only five years ago.  The establishment of new museums like Zeitz MOCAA in Cape Town, and the strengthening of a number of existing institutions across Africa will, in time, have a transformative effect on local markets. There is no silver bullet solution to this – it’s a mosaic of elements, but I believe the crucial factor is the now unstoppable momentum that has been built up.

The controversy over the Kenyan Pavilion at this year’s Venice Biennale is a case in point. In 2013, the government did not respond to the fact that the national pavilion was showing Chinese artists but now in 2015, when this travesty is repeated, the Minister of Culture issues a full statement on the subject under the pressure of the Kenyan arts community.  The Venice Biennale and the global art market are now on the Kenyan government’s radar and we are going to see it increasingly rising up on the agenda across Africa.

Having lived in East Africa for 21 years, what are some of the most evident trends, growth spurts or declines that you have witnessed as far as African Contemporary art sales or interest is concerned?

We have certainly had some false dawns and dead-ends over the last twenty years. What happened in Kenya is interesting – the national fine art scene was largely built by and around Ruth Schaffner, the American founder of Gallery Watatu. When she died the careers of many of her artists all but died with her – but out of the ashes of Watatu, a whole new generation of galleries have been and are being born.