The ‘Painting’s Not Dead!’ Issue: Committed to the Medium by Valerie Kabov

in News Articles 2013
Share on facebook
Share on twitter
Share on email
Share on whatsapp
In ‘Committed to the Medium,’ Valerie Kabov considers the rise of new painting from Zimbabwe. This article is available in full in the most recent ‘Painting’s Not Dead!’ (13.4) issue of ARTsouthAFRICA, which is the final edition of the magazine you have known and loved for over thirteen years. Look out for Kabov’s article, titled ‘Who’s Afraid of the Big Bad Global Art Market’ in the upcoming, inaugural edition of ART AFRICA! 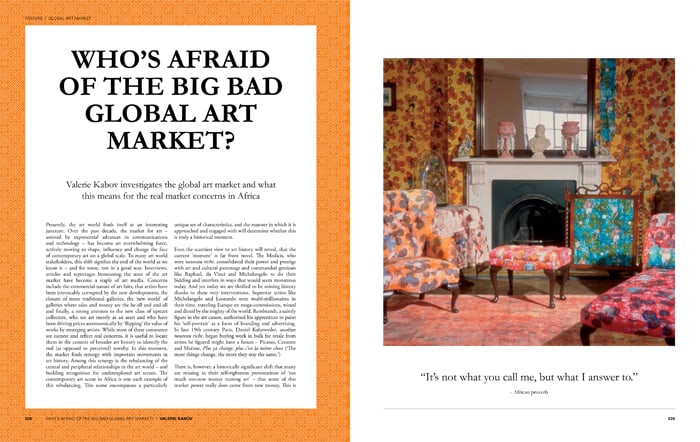