The ‘Painting’s Not Dead!’ Issue: In Conversation with Steven Cohen

in News Articles 2013
Share on facebook
Share on twitter
Share on email
Share on whatsapp
ARTsouthAFRICA spoke with Steven Cohen, pioneering South African performance artist, before he travelled to Canda to participate in the Spotlight South Africa Festival. Cohen, whose work provocatively confronts issues of identity, enacted one of his best known performances, Chandelier (2001), in which, dressed in dizzying heels and an illuminated chandelier tutu, he interacted with residents of a squatter camp in Newtown, Johannesburg.
This interview appears in full in the ‘Painting’s Not Dead!’ Issue (13.4) of ARTsouthAFRICA – on shelves at a store near you! You will also be able to read this exclusive content in the June Digital Issue (FREE download here for Apple and here for Android). 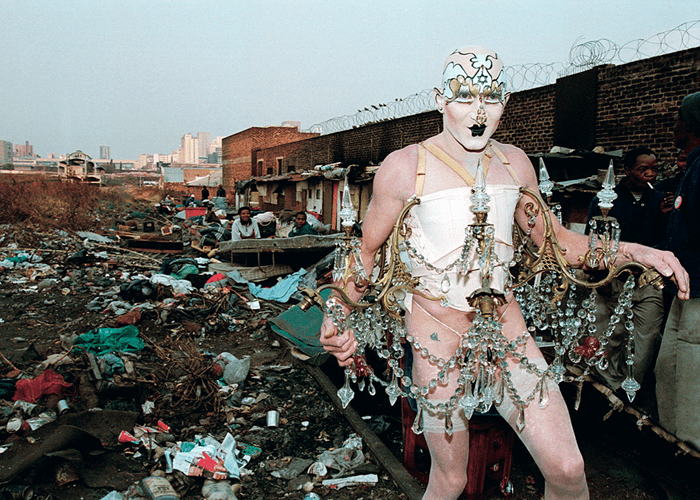