The Politics of Art and the Art of Politics

The relationship between politics and art is not new. A uniquely human endeavour, the scope of artistic practice extends into all fields, an impulse that jumps from one synapse to the next. If anything, art highlights the connections between things — their similarities, their contradictions, their feeling. If we can think it, we can communicate it, and, naturally, it is the things that affect us most that we feel the need to communicate. Provided we have a receptive, open platform, and a will to do so. 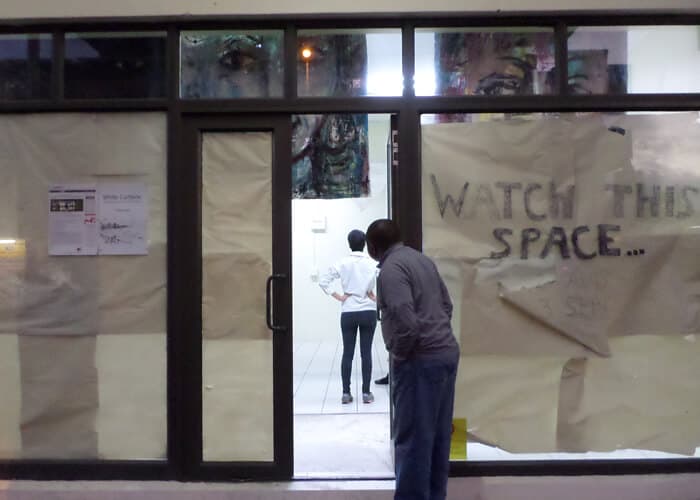 One such platform for artists is university. Through this channel students are provided with a space to work, access to tools, material, other artists and an organised body of professionals, able to both guide and harness the potential of said expression. That being said, these institutions function within a broader political and socio-economic framework. On top of this is the added pressure on individual students to meet deadlines, to perform, and the simple fact that someone is, ultimately, going to judge their work (often the defining factor in the sustainability of an artist’s career). This brings with it a number of concerns. Whose voice is it that we are hearing, for example? Is it the voice of someone rushing to meet deadline? The adapted voice of someone who needs to meet the relevant ‘criteria’ to pursue their career? Or is it the real voice, the one that decided to study art in the first place? 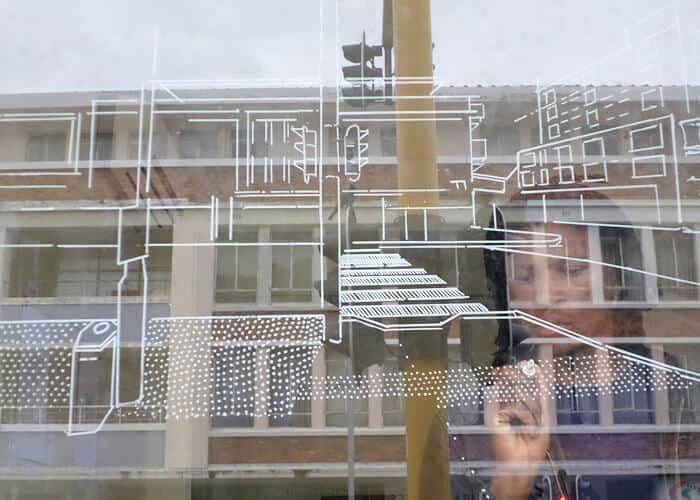 The recent wave of transformation in universities across South Africa is, to a large extent, being lead by artists, and has raised a number of significant issues around the decolonisation of our universities. Over the course of the year it has become apparent that what affects us most is in fact the oppressive nature of the institution itself. So how does one communicate this, whilst being dependent on it? For many, it is through solidarity and the formation of collectives. Just look at iQhiya, who aim to challenge the status quo and create a space for Black women to thrive in an industry where they have been marginalised. 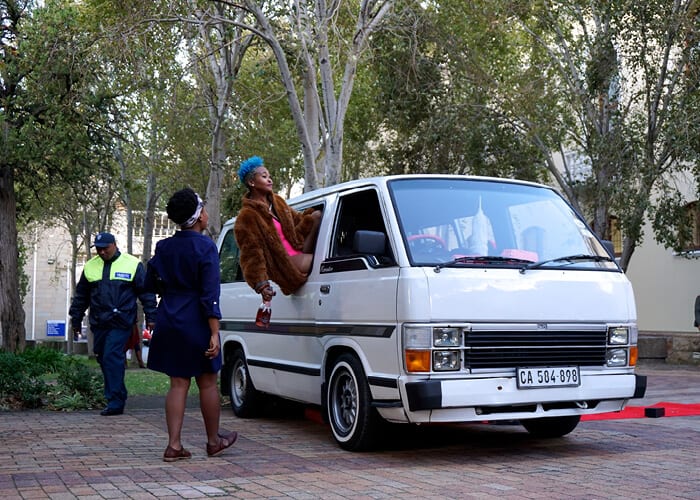 Facilitated by Nomusa Makhubu, a lecturer at the Michaelis School of Fine Art in Cape Town and a light within the institution, ‘The Politics of Art and the Art of Politics’ is an open discussion that aims to raise questions around transformation at the university. The event forms part of the ‘White Curtains Group Exhibition,’ which opened on 22 March. Originally a site-specific intervention for the residential area of Sea Point, Cape Town in 2015, ‘White Curtains Group Exhibition’ (curated by Naz Saldulker and Valeria Geselev) has since relocated onto campus. 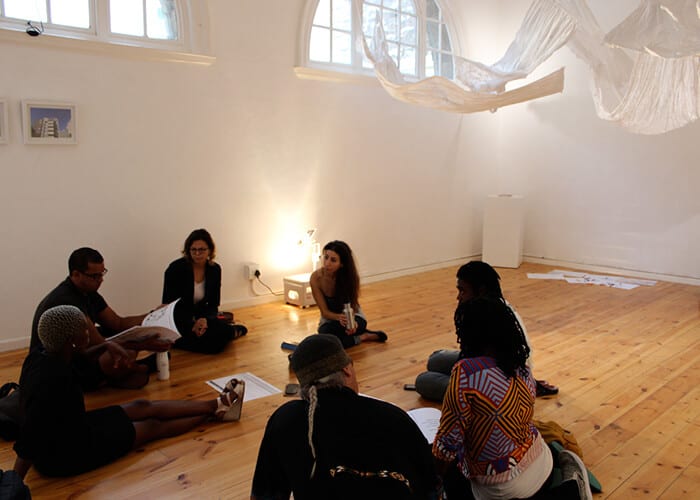 It is interesting to note that, whilst the exhibition was originally intended to take place at the Michaelis Galleries, it has since been tucked away in the less obvious, less accessible Bindery Gallery (aka the Michaelis Freedom Station). Fitting, when one considers the poem by participating artist Nokulunga Zondo for which the exhibition draws its title:

My room has a white curtain

Made of voile, with an under layer of more voile

And today because my heart is heavy I stare at it

And imagine the possibilities.

So many colours I could dye it.

So many ways in which I could hang it

So many overtops to use

Or just a bamboo blind underneath it

But it is white.

And white tells no lies, hides no secrets

White highlights all the wrong

And I want to add that it is next to a white closet.

inside it is all manners of jungle.

Unless enclosed within the white closet.

Of cleanliness and purity

And we chose it thus because we do not think

That white has also a density

Thick enough to mask a jungle.

My white curtain full of possibilities

But hampered by its whiteness.

Now if all things were white

Including my skin and my teeth

And people’s hearts and our bed linen

We would not need the closet next to the white curtain

With its thick, dense closet doors.

We would just leave everything as. After all, there would be no

Beyond my white curtain is the balcony

Burglar proofed from the street and eyes outside.

And because of the white voile under layer below

My white curtain is dense

So if I walk unclothed in the room,

Even though my skin is dark as a looming night

Because of my white curtain and its possibilities

My room looks bigger for my white curtain, for it

Interferes not with the symmetry of the walls

It’s an extension of wall against white wall

‘The Politics of Art and the Art of Politics’ will be held at the Michaelis Freedom Station | Bindery Gallery (Hiddingh Campus), Cape Town this evening at 18:00. If you are unable to make it there will be both an audio and video recording of the discussion, to be posted on the facebook page: https://www.facebook.com/events/870008406461754/.