The Refusal of Time

in News Articles 2013
Share on facebook
Share on twitter
Share on email
Share on whatsapp
A joint acquisition by the Met and SFMOMA, William Kentridge’s five-channel video installation ‘The Refusal of Time’ (2012) is a thirty-minute meditation on time and space, the complex legacies of colonialism and industry, and the artist’s own intellectual life. It will be running until May 11, 2014. 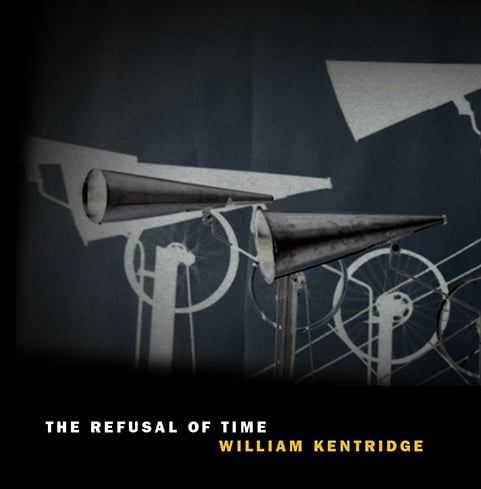 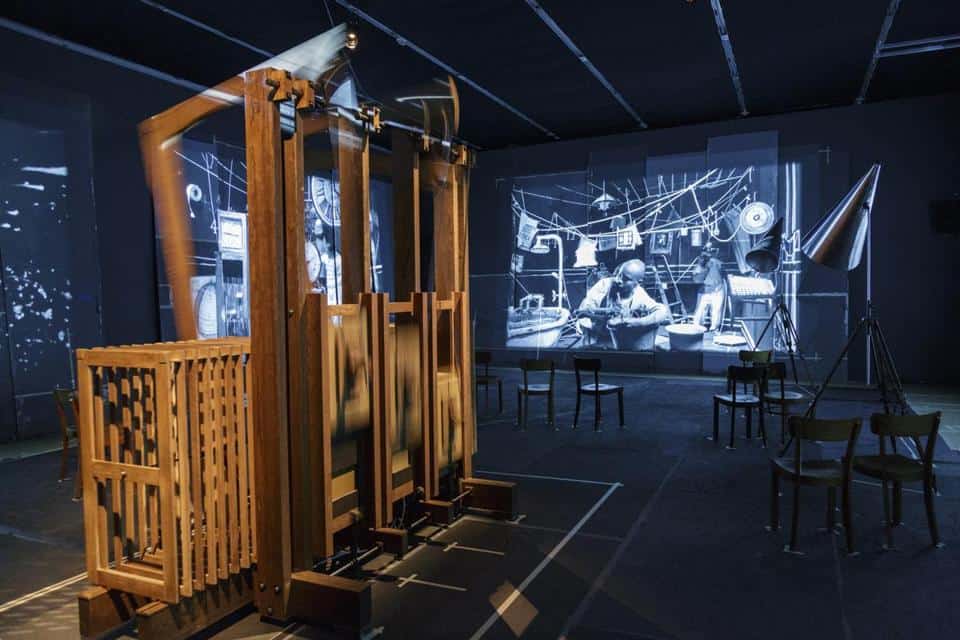 image: John Kennard
William Kentridge, ‘The Refusal of Time’
from www.bostonglobe.com
At the center of the installation is a moving sculpture—the “breathing machine” or “elephant”—an organ-like automaton with a pumping bellows. Plans from the 1870s for copper pneumatic tubes under the streets of Paris that would pump regular bursts of air to calibrate the city’s clocks reminded Kentridge of a passage from Charles Dickens’s novel Hard Times (1854). Dickens describes a factory machine moving “monotonously up and down, like the head of an elephant in a state of melancholy madness”—a metaphor for the often convulsive developments in science and industry during the modern era and a reminder of the vain impulse to control time.
Production Credits
Music and Soundscape: Philip Miller
Video: William Kentridge and Catherine Meyburgh
Choreography: Dada Masilo
Dramaturge: Peter Galison
Design: William Kentridge and Sabine Theunissen
Movement Direction: Luc de Wit
Costume Design: Greta Goiris
Machine Design: Jonas Lundquist and Sabine Theunissen
Megaphones: Christoff Wolmarans and Louis Olivier
Lighting Design: Urs Schoenebaum
Sound Design and Mix: Gavan Eckhart
Text from