The Secret History of Plants

ART AFRICA spoke to artist Alida Rodrigues, whose works deal with issues related to archive, memory, and identity, as well as the manipulation of history and the sterilization of culture, about her latest series ‘The Secret History of Plants’ 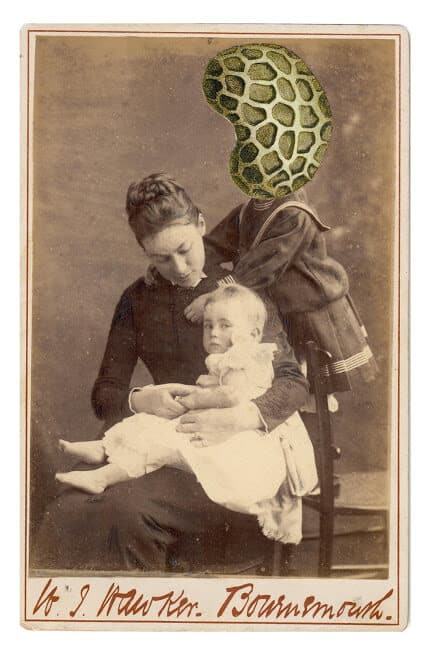 Alida Rodrigues, Papaver rhoeas L, from the series: The Secret History of Plants, 2019. Mixed media. All images courtesy of the artist & TINAWC.

ART AFRICA: Your project ‘The Secret History of Plants’, a mixed media collage that relies on found photographs that date back to the mid-1800s and early 1900s, is inspired by Peter Tompkins and Christopher Bird’s book, The Secret Life of Plants, this is evidenced by the botanical illustrations and the drawings you use in the work, can you explain how the book influenced the project in ways that are not as easy to see?

Alida Rodrigues: My artwork although inspired by the title of Peter Tompkins and Christopher’s Bird’s book The Secret Life of Plants, with its resulting evolution and transformation into “The Secret History of Plants“, owes more to other sources of research that encouraged me to explore in greater detail the historical reference points of plants, photographs and the act of collecting and cataloguing.

The real starting point or inspiration for the body of work was when I was first given a nineteenth-century postcard as a gift by a friend, and then I found a book, called the Collins Guide to Mushrooms and Toadstools, in a charity shop. I then started thinking about putting the two elements together and playing around with different mediums. It wasn’t meant to be anything it was just a way of exploring in much the same way as that of the early nineteenth century European explorers who collected and documented the world around them.

I didn’t expect it to be an obsession or lead to starting a collection of several thousands of images. This led me to seek and explore other sources of photographs, botanical illustrations, and looking into the Latin names. 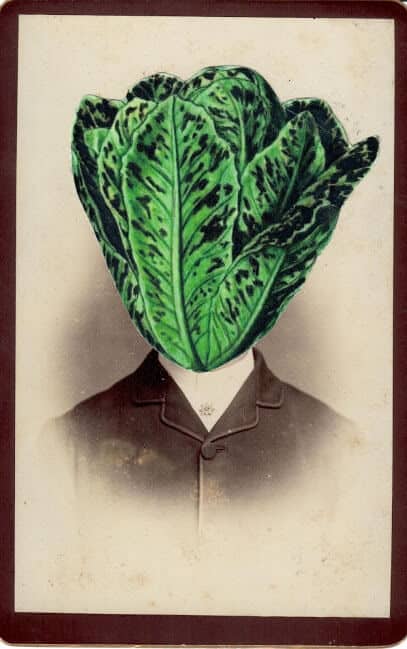 What drew you to collecting photographs, why did you make them such a central part of your work and can you explain the process you went through to find these images?

When it comes to sourcing the images, they come from a variety of sources. I spend a lot of time on eBay, at car boot sales or markets. But increasingly, through links with antique and second-hand shops, a number of the old photographs come from house clearances – usually when an elderly relative dies. This adds poignancy to the old photographs with family histories that are often lost and are open to reinterpretation.

I am interested in the historical position of the photographs, as a relic of the colonial period. By transforming the portraits with plant elements I interfere and disrupt the narratives of the image and its associated histories. 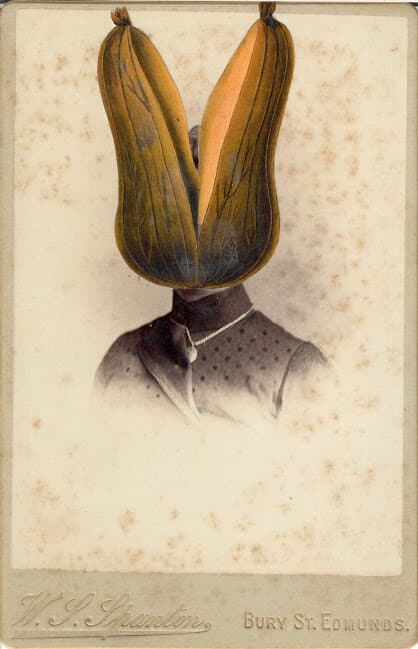 In your artist statement, you say that you used the botanical illustrations as a substitute to make up for not being able to find images of black people of that period. How do you imagine your work would be different if you found the photos you sought?

More recently, I have started to expand my collection of images of black people from the nineteenth century. Many of which have a specific colonial glare and are a mirror of European perceptions of indigenous people, as well as the power in balance, exploitation and fetishism of the native people.

The difficulty for me is that now I have managed to find and sourced these images, how do I utilise them in my work without objectifying and undermining their obvious glare. In many ways, it was easier to utilise European portraits in my work due to the disconnect from my personal experience and history.

You have to understand the era that those photographs were taken and that nineteenth-century Europeans took them. The black people in the photographs were seen as mere objects, or even objects of desire and this is not how I would want these images to be perceived. 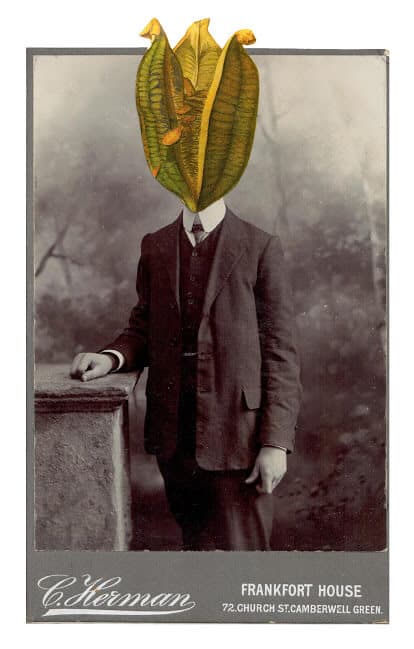 Tulipa, from the series: The Secret History of Plants, 2019.

Given the hyperproliferation of photography in the digital age, it seems unlikely that future generations will go through the same struggle you have to find photographs of people who look like them. What does representation mean to you, and how do you think this will affect future generations?

In terms of my work and the images that I work with, it’s probably the opposite. Many of the portrait photographs I had sourced come from an age when they were valued and were a tangible physical outcome of the photographic process, unlike the ‘viscerality’ of the digital image. A lot of these physical photographs are hard to come by rather than having a digital version of that image which you can find online. There is no comparison between the instant Instagram selfie and these historical “real” references which will no doubt become even more scarce as time goes on.

Representation within my work is not an important theme to me. It may not be obvious to the viewer, but each of the images does represent me, and I do not feel the need to highlight this. The viewer can take the images at face value or delve deeper by peeling away the layers, considering the botanical elements and revealing their origins as species not native to western Europe. The archival element of my photographic collection is representational of the nineteenth-century European gaze on the people of the African continent, preservation of these in their original form ensures that their legacy is not forgotten. 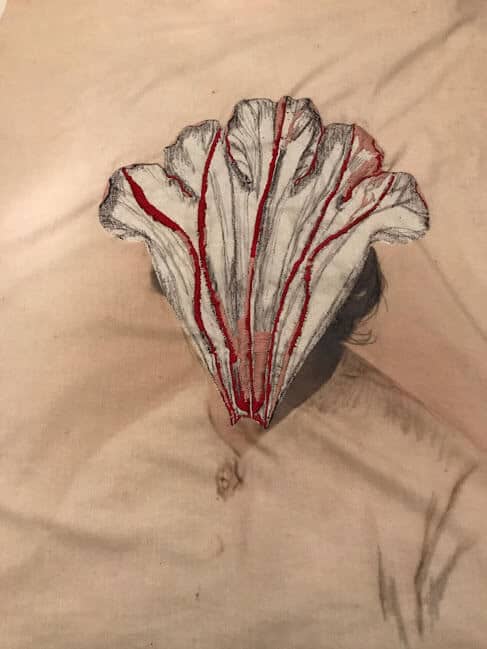 Nardostachys jatamangi, from the series: The Secret History of Plants, 2019. Embroidery print on Haverstock linen, 136 x108cm.

This Is Not a White Cube’s booth at Cape Town Art Fair this year seeks to start a thematic dialogue that deals with memory, identity, tradition and decolonisation. Can you explain how ‘The Secret History of Plants’ addresses these themes and do you see any similarities between your work and the work of your fellow exhibiting artists?

My work has foremost always been about identity through the photographs and the use of botanical illustrations. By using these illustrations, I reference the distant land the plants originate in – Africa, South America and Asia. The artwork narrates the story of identity; the original sitter is absent but has taken on a different character through the plants; they are now objects of beauty without any focus on their race. Their identity is lost, and it poses questions about the “sense of belonging” or the sense of “not belonging” that is so familiar to some of us, whether it be your country of birth or your host country. I don’t know how my work sits with the other artists but I’m sure there’s a good reason as to why the gallery decided to put us all within the same space.

We don’t just share a common language linguistically due to coming from a Lusophone country there is also a shared history coming from countries that were colonised by the Portuguese. The position of European colonial power has played a role in the changing nature of identity in various countries.

The Secret History of Plants will be shown at TINAWC’s booth at CTAF from the 14th until the 16th of February 2020.