in AFRICAN ART, EXHIBITION, HISTORICAL, MODERN ART, PAINTING, REVIEW, VISUAL CULTURE
Share on facebook
Share on twitter
Share on email
Share on whatsapp
Expressive, hard-contoured figures and airy, dream-like surroundings; strong compositions depicting cruel and tragic episodes; fairy-tale-like representations of genuine land and cityscapes showing gentle and often chubby protagonists; geometric abstract paintings and compact, tribal art-inspired sculptures; small, individual works and large-size compositions where numerous pieces add up an extensive assemblage. The reader might think that I am writing on a group show with several participants. However, it is all about one exhibitor: Kamal Youssef, a prominent figure of twentieth to twenty-first century Egyptian art. 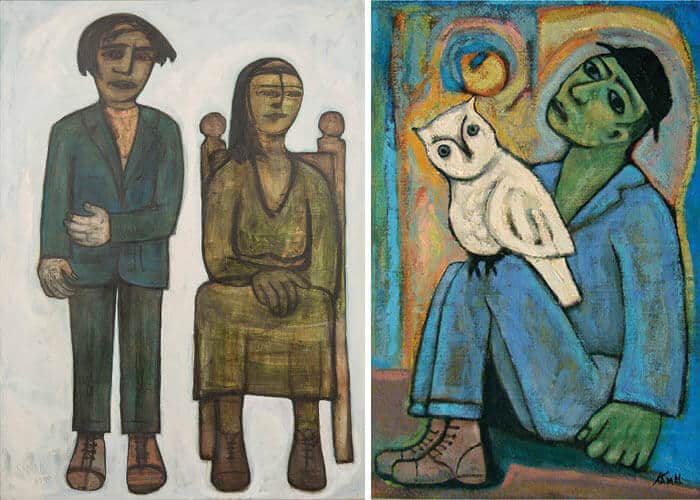 Curated by Hoor Al Qasimi and Salah Hassan, and organised by the Sharjah Art Foundation, in collaboration with Sharjah Art Museum, Kamal Youssef ’s diverse styles and forms of expression range from the figurative to abstract, encompassing surrealist renderings and expressionist visions, small, sketch-like quick records, and greater dadaist collages. This variety could be explained by the multi-cultural and multitraditional series of influences that the artist had been exposed to throughout the early decades of his professional career, as well as his experiences of living and working in three continents:
Although currently living in Dayton, Pennsylvania in the USA, Kamal Youssef was born in 1923 in Cairo. Willing to pursue a career in art, he studied traditional forms of artistic expression in the renowned King Farouk School in Cairo, where he had the chance to learn the profession. He then enrolled in the Polytechnic School in his native city, and became an engineer. Besides his achievements in life as a painter and sculptor, he maintained his other profession too, working as an engineer in Egypt, Europe and in the USA. As a young artist he was strongly connected to two important art movements in Cairo: in 1939 he joined the Art and Liberty group, one of the leading associations of journalists, poets, and artists. In 1946 he was the co-founder of the Contemporary Art Group, where the members were dedicated advocates of modern art forms and of shaping the progress of artistic expressions in Egypt. After Kamal Youssef ’s successful starting years – including a personal show in the Museum of Modern Art in Cairo in 1952; representing his country at the 1950 Venice Biennial; participating at the Sao Paulo Biennial in 1952; and the Alexandria Biennial in 1955 – he travelled to Paris in the fifties, settling down in the USA a while later. 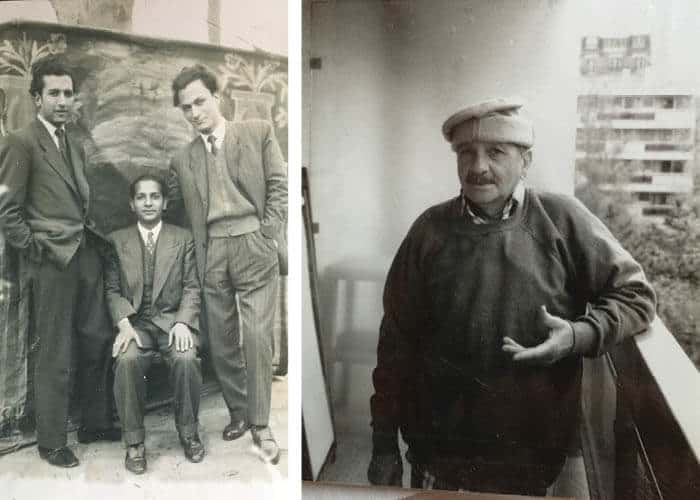 These biographical details turn out to be quite important in understanding not only the various styles, approaches, media and techniques, but also the reasons for the diversity of Kamal Youssef ’s themes. Among his subjects and genres we find portraits, landscapes and cityscapes, as well as heavily loaded political and socio-critical works. From a gently rendered portrait of a solitary figure – often with melancholic and introvert undertones – to other paintings which depict groups of people, Youssef ’s focus on the everyday and leisure is often paired with symbolic motives; such as animals, archetypical signs, or religious iconography. In other artworks, he has explicit references to actual political conflicts and social tensions, including even such recent events as the wars in Iraq. 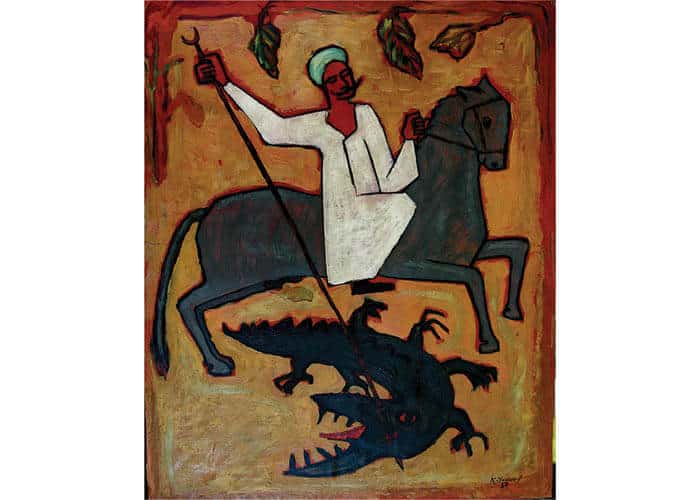 Inevitably, in the case of such variety, the quality of the series and groups of works also vary. Kamal Youssef is the strongest in those pieces where he successfully synthesises the local and regional traditions with the Western influences. Observing this range of work on exhibition, which dates from the 1940s till today, the artworks that the contemporary viewer appreciates the most are those that are not simple remakes of dominant Western styles, but the translations and adaptations of these influences in the local context. His formative years are truly defining, and in most cases he maintained the artistic principles that he had developed while working with the other avant-garde artists in the aforementioned two groups – even despite the later physical distance from his home country. Ultimately, his best works are valuable contributions to both Egyptian and international Surrealism, and the current exhibition records the solid features of this seven-decade long and still continuing oeuvre.
Dr. Zoltán Somhegyi is a Hungarian art historian, holding a Ph.D. in aesthetics. Based in the United Arab Emirates and teaching at the University of Sharjah, he is the Middle East Editor-at-Large of ART AFRICA. For more information visit www.zoltansomhegyi.com
Kamal Youssef’s ‘Egyptian Surrealism’s Time Capsule’ was on show at the Sharjah Art Museum from 17th September – 17 November 2016.