The title is extra!

From dark green kombis, to West coast family holidays, to medieval tapestries, to Pirates in Plumstead 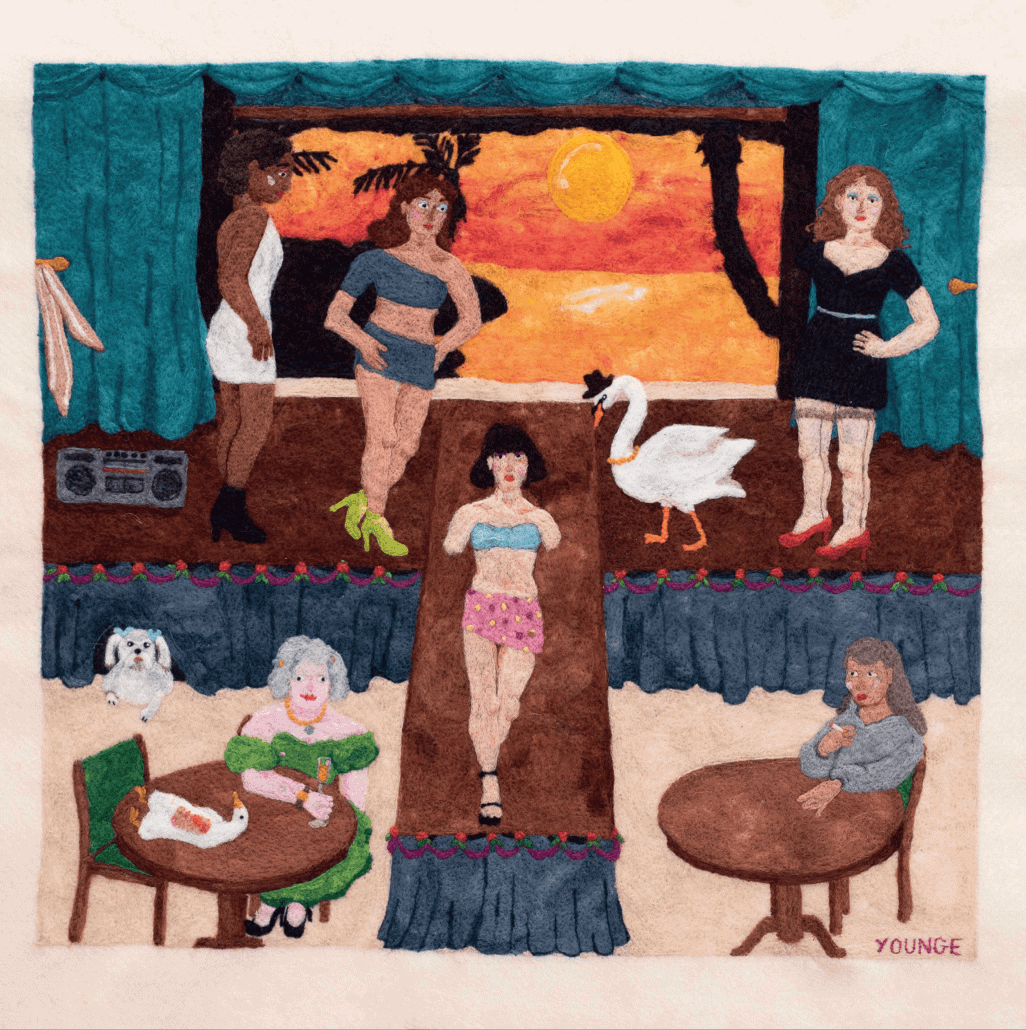 SMITH curator Jana Terblanche in conversation with artist Michaela Younge ahead of her solo presentation at 1-54 Contemporary African Art Fair London. Her new body of work will be presented in Booth S12 at Somerset House from 3 to 6 October 2019.

Jana Terblanche: What was the starting point for this body of work?

Michaela Younge: My dad had a dark green Kombi while I was growing up, it was pretty ugly. Then I got thinking that besides minibus taxis, we don’t see people or families driving them anymore, even though my dad swears it was handy. So anyway, I have many memories of being picked up from preparatory school either by my dad in his dark green van or by my friend’s mother in her white one. The feeling was great, it allowed space for playing while being driven home, and you could roll over the top of the seats or crawl beneath them, and this worked for longer trips as well. This long-ass car reminded me of the feeling of a family road trip, which was the starting point for this body of work.

How did you prepare for this solo presentation? Did you begin with a solid idea, or rather let the work unfold in the creative process?

I don’t think I’m the expert here. I’m learning as I go along. For this body of work, I had a vague idea, which after unpacking, led to the concept of ‘West Coast family holiday’. So no, I didn’t have the works planned out beforehand, but one work often leads to another!

Merino wool on felt is a unique medium. What drew you to this medium?

I first started using commercially made felt while I was at Michaelis School of Fine Art. I combined it with leather and animal skin – this was when I was making horse heads and bladders etc. Since then, the animal hasn’t left my work, but the medium has evolved into wool tableaux, for lack of a better word. Along the way, it occurred to me that I’d like to create felt myself. It made sense. I’ve always loved Medieval tapestries, and in a way, this is my modern interpretation. To answer the question, I was drawn to it because it is soft and smells faintly like sheep.

What does your work aim to say? And what do you hope people take from it?

I don’t have an end goal when I make works. They are rather vague commentaries on people I encounter and the things I see. They are also just ideas that people can relate to in some way, perhaps. Even while answering this, I was thinking about how I had to go back and check the question multiple times to make sure I was responding to the right one. I think many people do this, which is comforting. I keep going back to when I saw cupid-man – he was in a few of my earlier works – I saw him once at Pirates in Plumstead. He was spitting as he was talking and slobbering like a dog on this woman’s cheek. I’m sure we’ve all met our cupid-man at some point or seen him lurking. Basically, I’m happy when people engage with my work and find something in it with which to identify.

Your titles are always very humorous, how relevant are the titles to the understanding of your work?