The universal truth of Black Lives Matter – a view from Europe

Black Lives Matter is not just a slogan for the US – it challenges Europeans to question our history and transform our present. 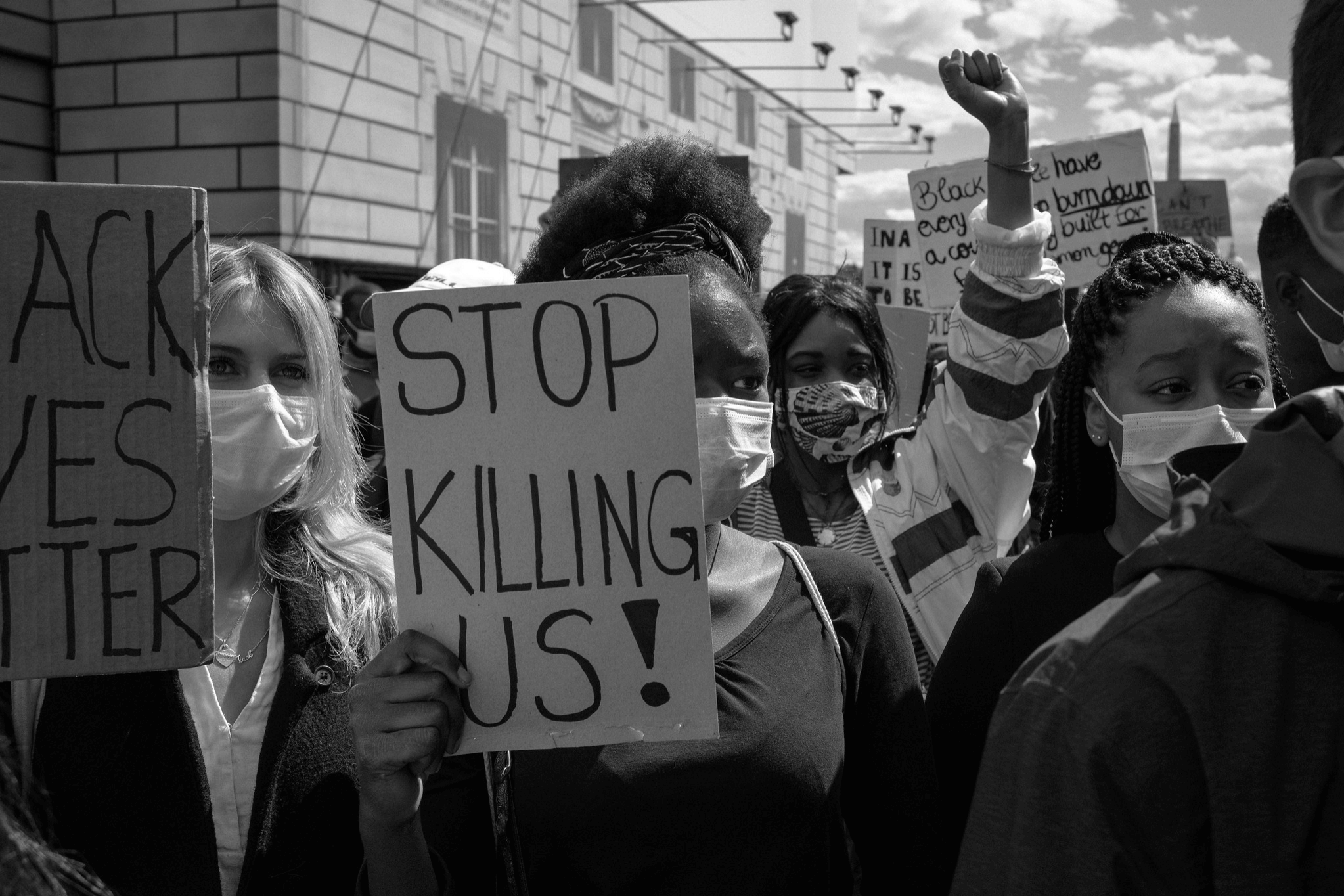 Black Lives Matter demonstrations across European capitals have been huge over the last week. Predictably, pundits and politicians wonder why protests against police brutality and murder in the United States would attract such masses in Berlin and Vienna, London and Copenhagen. Why do so many people in Europe care so much about the fate of Black people across the Atlantic?

In some ways, this question mirrors the media complaint, in the early days of the US protests, that riots and protests were instigated by “outside agitators.” But soon, protests spread so widely there was no longer a credible “outside” in the US. In Europe, the charge is the reverse: not agitators from somewhere else, but agitation about somewhere else.

In his 1963 Letter From Birmingham Jail, Martin Luther King Jr. forcefully rejected the idea that only local folks could legitimately fight for justice in their towns:

…I am cognizant of the interrelatedness of all communities and states. I cannot sit idly by in Atlanta and not be concerned about what happens in Birmingham. Injustice anywhere is a threat to justice everywhere. We are caught in an inescapable network of mutuality, tied in a single garment of destiny. Whatever affects one directly, affects all indirectly. Never again can we afford to live with the narrow, provincial “outside agitator” idea.

Just like King’s remarks on injustice, and the old IWW slogan, it resonates with — “an injury to one is an injury to all”  —  the affirmation that Black lives matter knows no geographical bounds. Its solidarity and struggle cannot be limited to any geographic region: neither Minneapolis, Ferguson and Baltimore, nor the United States of America.

Over the last years, a number of European countries have seen uprisings led by Black and brown people, such as the 2005 Banlieue Riots in France, the 2011 England Riots and the 2016 riots in Sweden. Back in 2013-14, people organized Black Lives Matter groups in many European cities, and long before that, people campaigned to demand justice for Black and Brown people murdered by police, against the EU and European countries’ trade, foreign and border policies, as well as against the exploitation and discrimination of migrant workers.

The murder and devaluation of Black and brown lives is the living history of centuries of colonialism, enslavement and imperialism — the common history of what is known as “the West,” or “the Global North.” In the first half of the 20th century, the Black American scholar W.E.B. Du Bois spoke of a global colour line, which expressed and served to justify the pillage of the colonies and divided workers in different countries just as the local colour line worked to prevent class solidarity within nations.

For Martin Luther King Jr., justice was always a strategic, and not merely a moral question, which could only be answered through the solidarity between those who are affected directly and indirectly acting together in solidarity. For Du Bois, the colour line was the “problem of problems,” standing in the way of solidarity between colonized people and workers everywhere.

In Du Bois’ time, the colour line was rationalized; “a theory of the inferiority of the darker peoples” that was expressed as “a contempt for their rights and aspirations,” which together had “become all but universal in the greatest centres of modern culture.” Today, even if few continue to believe in explicit race science, our institutions are still full of such contempt. Border regimes and policing, mass media and school systems still act as if Black and brown lives matter less, little or not at all.

Statues to mass murderers of Black people  —  like that of the slave trader Colston, which was joyfully dumped in Bristol harbour from which his ships set out, or of genocidaire supreme King Leopold II in Antwerp which was set on fire by protesters before taken down by the authorities — show that official Europe has failed to question its legacy of white supremacy. Germany, a partial exception, was destroyed and shamed for its attempt to colonize Europe, its Nazi monuments torn down long ago (curiously, people seem to remember that history despite the absence of monuments), but German schools still do not teach children about the colonial crimes in Namibia and East Africa, let alone about its present neocolonialism.

Time is overdue for a reconsideration of European history, and the assault on European monuments to mass killers has already started this process. However, the deepest and most urgent challenge of the current movement concerns the present and future.

An Inescapable Network of Mutuality

Even less recognized than the crimes of colonialism, is how the competitive process by which European and Euro-descended corporations and states grabbed land and extracted wealth, and forms the original basis of their current wealth as well as the climate and ecological disasters we find ourselves in. In the process of accumulation, they transformed the relationship of humans to the land across the globe, destroyed Indigenous modes of life.

This treatment of the earth as private property, as a passive repository of resources and depository of waste, brought us onto the path of accelerated ecological and climate destruction. All this continues to this day.

Environmental degradation, waste and pollution is pushed to local and global “sacrifice zones,” where Black and Indigenous people live. Climate refugees are abandoned to the sea or pushed back into the arms of warlords. Europe continues to consume and waste in ways incompatible with halting the climate emergency. All this suggests that many implicitly believe that European and euro-descended people — white people — deserve safer and cleaner environments, more security and higher, even unsustainable levels of consumption than others.

Much would be different if European institutions took the worth of Black and brown lives as axiomatic. European border management, which is currently designed to let thousands drown in the Mediterranean or suffer in EU-funded camps in North Africa or Turkey would be the first to fall. EU trade and foreign policy would change profoundly, away from its support of extractive industries, intellectual property rights which block poor countries’ access to essential medicines and technologies, as well as EU countries’ involvement in wars and occupations in Africa and the Middle East.

The original article was published on ROAR magazine’s website.

Bue Rübner Hansen has a PhD from Queen Mary University, London. He is an editor of Viewpoint Magazine, and has been an activist researcher in student, municipalist and migrant solidarity movements. His current research focuses on social reproduction, ecology and interest formation.