The visual language of Queezy

As I walk to the stairs of the leafy Kenilworth apartment block, I am greeted by a gliding figure draped elaborately in silver fabric, with long sleek hair barely bothered by the strong Cape Town wind. Queezy embraces me with a hug and kiss on the cheek.

The apartment has beautiful parquet flooring, mountain views, is uncluttered with simple yet refined furnishings and decorated with multiple bunches of tulips. This is the suburban and normal space Quaid Heneke, otherwise known as Queezy, calls home. Gentle house music bounces from the walls and an aroma of garlic wafts through from the kitchen. 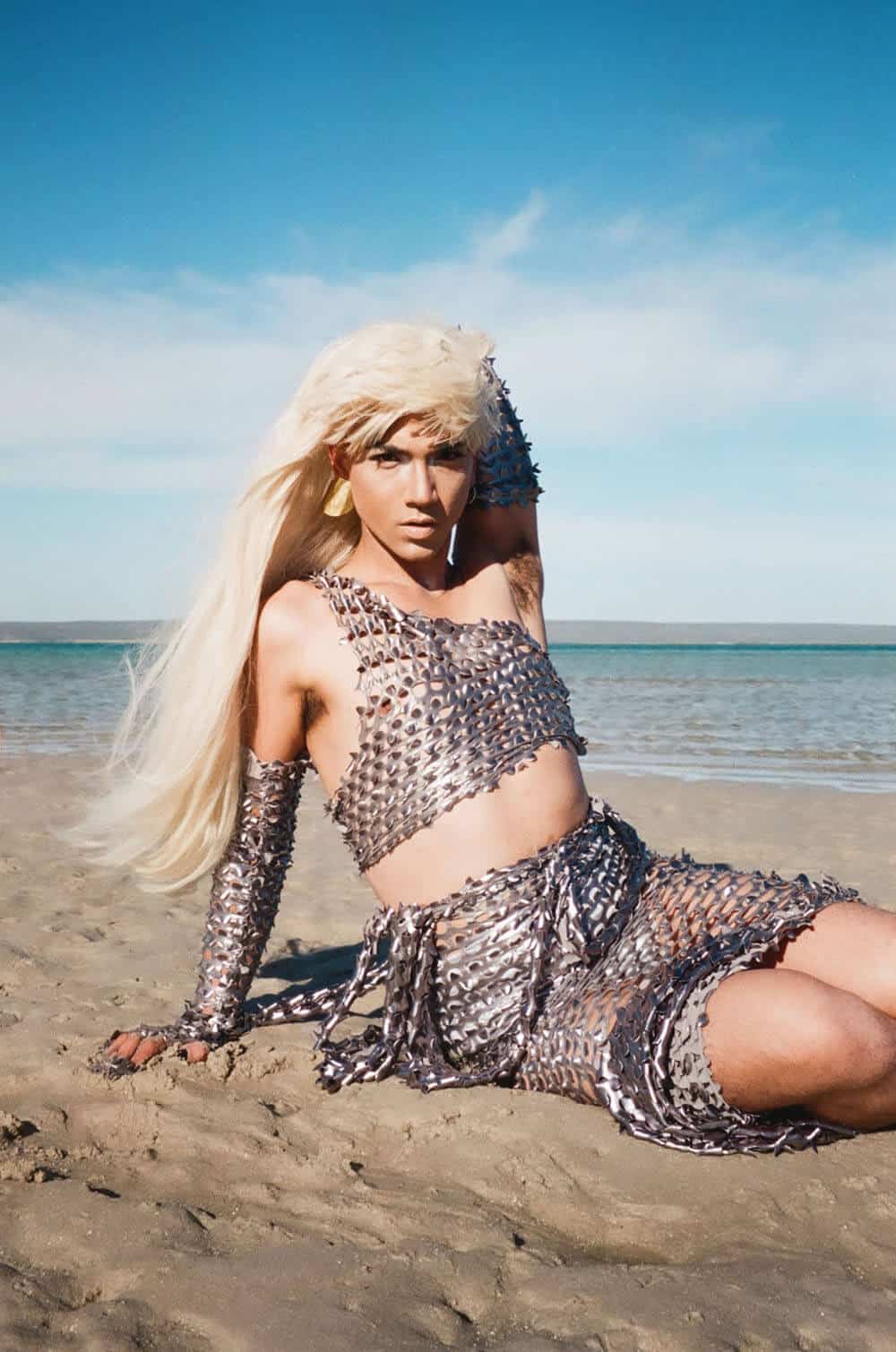 The artists name was born from a number of elements, most specifically from the reaction Queezy receives from homophobic straight men, commenting, “I wanted to embody this nausea”. As Queezy stands in the kitchen, strikingly attractive and empowered, I can’t help but think that such a feeling is so unfathomable, however this is the common reality that Heneke and the LGBTQI community faces globally and consistently.

Working on a spectrum allows the performance artist to explore and approach various subjects through art. Quaid is now attempting to deconstruct Queezy, from a place of hyper-glamour, hyper-Vogue and couture, to a much simpler form. “I am taking it closer to a normative way of being, I am trying to make my work very simple so that it is easy to understand”. As Queezy prepares spaghetti bolognaise, the artist continues;

“I am creating a visual language, one that we can all communicate with. I use clothing as another way to speak to people, instead of having to constantly explain myself. In this one look I can tell you a lot, and show you what my work is – as I am doing it”, and continues to stir the meatballs. “It’s normal”. In a next thought Queezy says, “But I do like to add a bit of spice to my work”, and cracks some pepper. 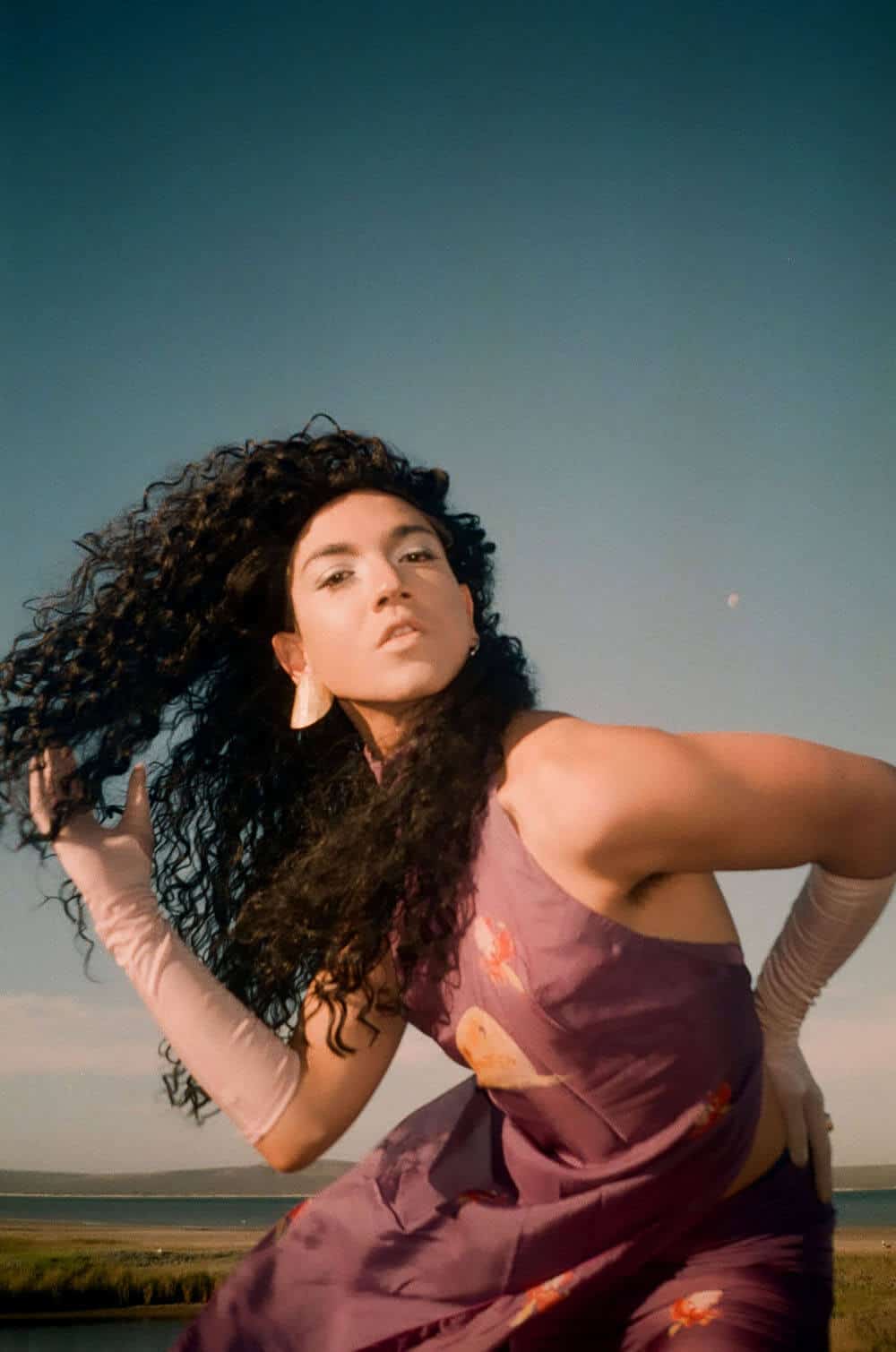 The act of constantly reminding oneself of intention is something that Quaid, and Queezy, adopt every day.  As any artist will understand, intention is a question that always looms. Queezy explains, “What statement do I want to make today. Because for me, this is protesting against hyper normalisation”.

Queezy is deliberately introducing the act of performance into the most public spaces of Cape Town, or as Queezy describes it, “diving head first into this cesspit of mess”. Don’t be surprised if you’re listening and grooving to the most melodic, pulsating beats, only to discover Queezy as the conductor.

When I ask Queezy about future projects, the artist explains how they has begun to examine the corporate culture and its sense of construction. This act of playing – outside of the white cube of the gallery ­– will accompany Queezy into an exploration of our most conditioned and routine daily acts. Just as Queezy constantly interrogates and questions, the artist hopes that others will embrace the same mentality. 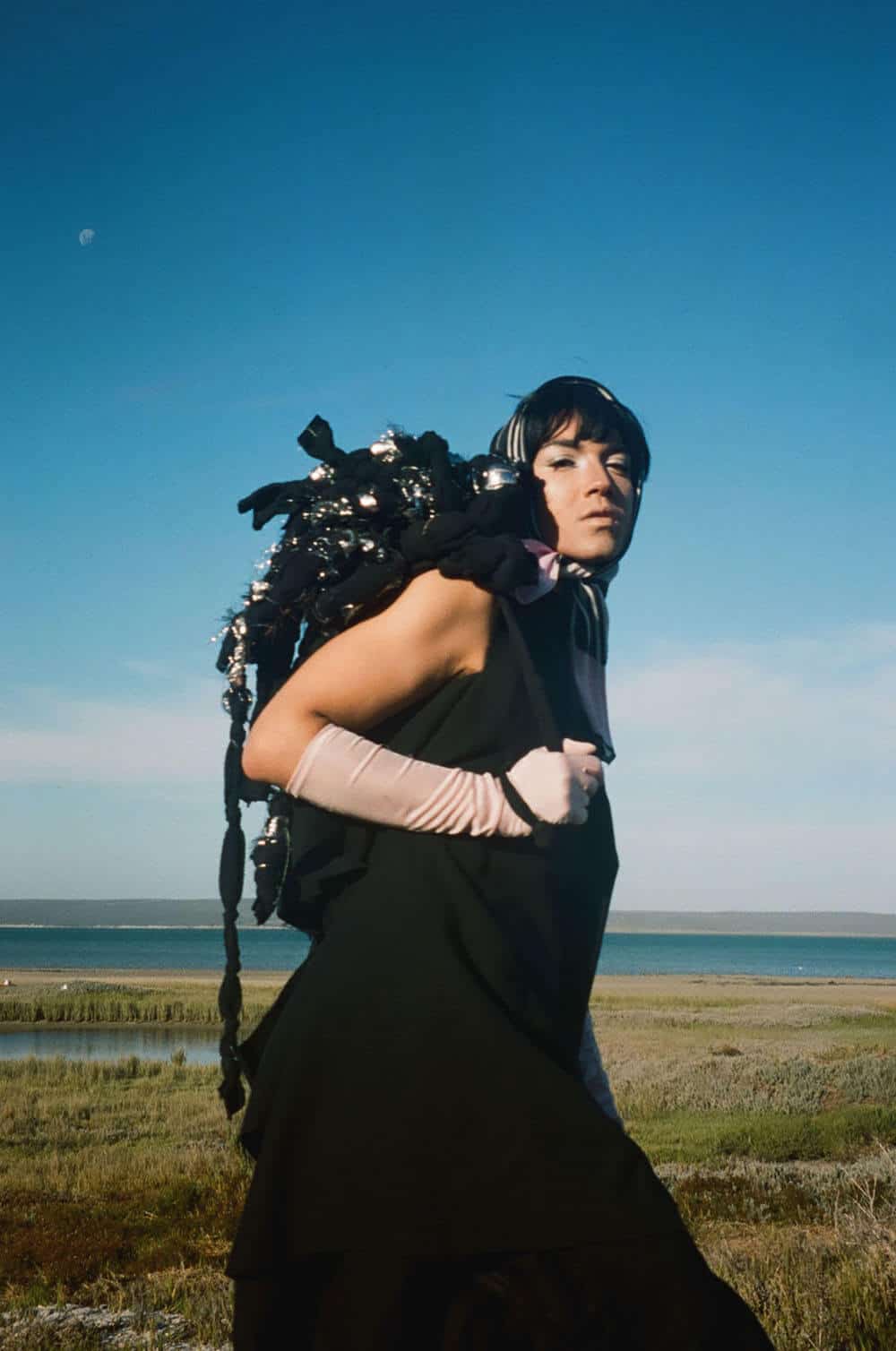 Queezy’s vision is clear, and the methods in order to achieve so are strategically planned, thought-out and contextualised in research and purpose. Even still, Queezy looks to other artists for guidance and hope – Queezy describes South African artist Jody Brand as a future revolutionary artist as well as a mentor. Brand is an artist from Cape Town focusing on South Africa’s youth culture. Brand exhibited at the Stevenson Gallery in Cape Town in 2017, presenting ‘You Can’t Keep A Good Woman Down’, a praise of black and brown, queer and femme bodies in South Africa. Both Queezy and Brand understand the eternal openness that femininity allows, as opposed to the confined walls masculinity and patriarchy has created for itself.

When I question Queezy about their opinion of how South Africa operates in the space of empowering the LGBTQI community they convincingly replies, “The LGBT community empowers themselves.” 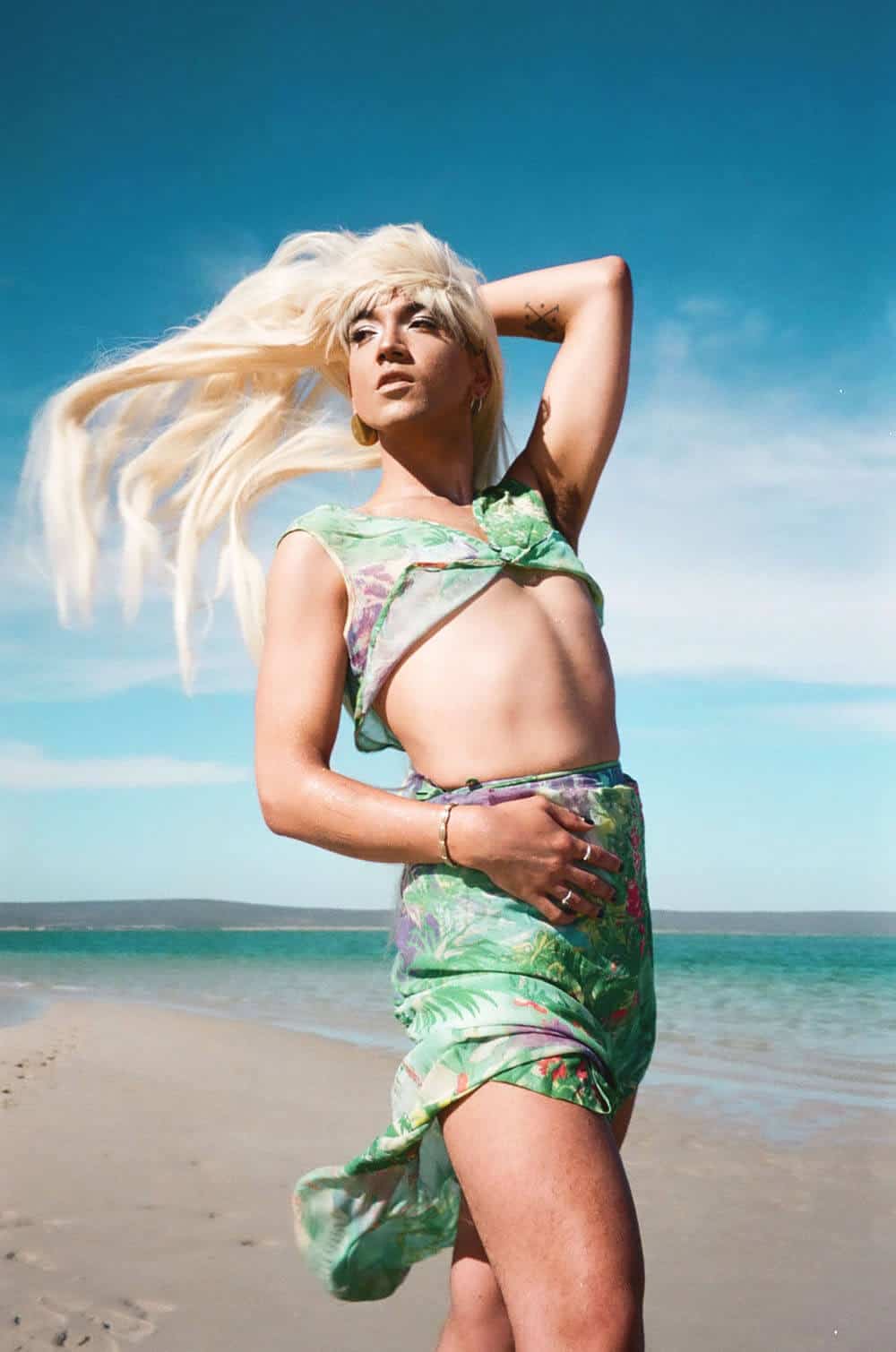 Although the reality is bleak, Queezy carries a genuine positivity for society and its structures. And in amongst the disapproving retorts, Queezy has developed a loyal fan-support;

“When they are into it, they make it known and try communicate that connection to me. It makes me feel like there is hope in the world. I am optimistic even amongst the storm. I know that our generation does not simply talk about the change, but actually implements it. We are the do-oers. We are going to disrupt and change.”

Quaid Heneke is personifying such freedom and has worked hard to get there. Queezy does not only speak for the LGBTQI community, but rather for the ‘Other’. Queezy will continue to interrogate and question and deconstruct, through times of angst and pain, in the hope that it will make other individuals stop and reconsider, and perhaps adjust the prescriptions of society that we have internalised for years.

Queezy is not simply a form of protest, Queezy is a form of self-expression, but perhaps best described as a mind-set. 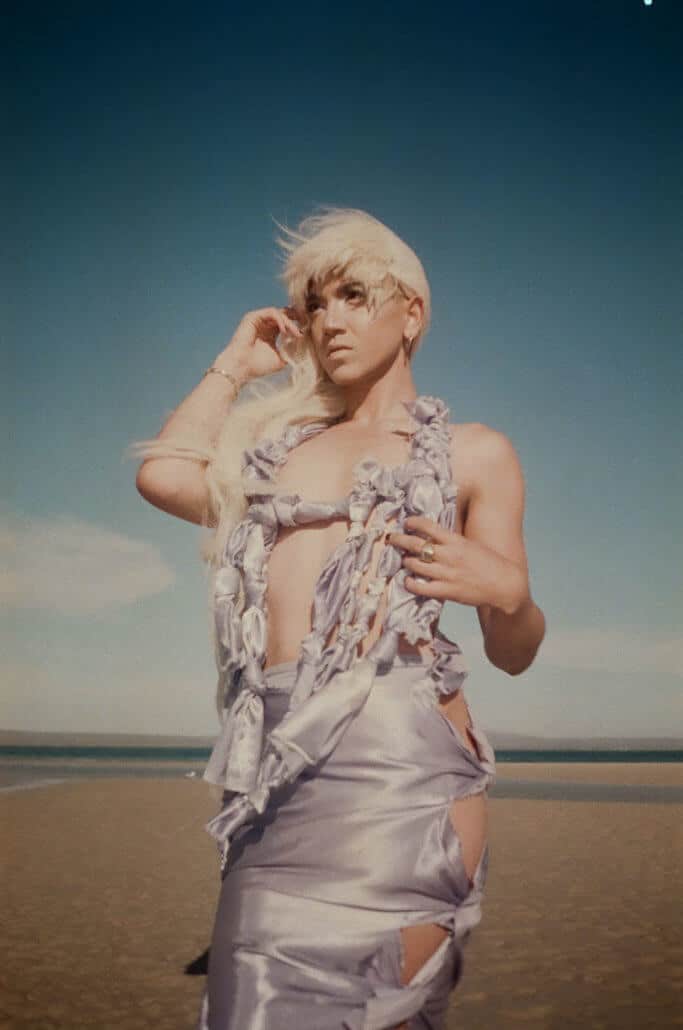 Tayla Withers is a freelance writer for ART AFRICA.