This song is for…

South African multimedia artist, gender advocate and now 2019’s Standard Bank Young Artist award winner for visual art, Gabrielle Goliath (b.1983), brings her new work, This song is for… to Johannesburg this Women’s Month. Following its successful run at this year’s National Arts Festival in Makhanda, the work moves to the Standard Bank Gallery, where it will be presented as an immersive audio and visual installation that undertakes themes of dignity, hope, transformation, and joy. 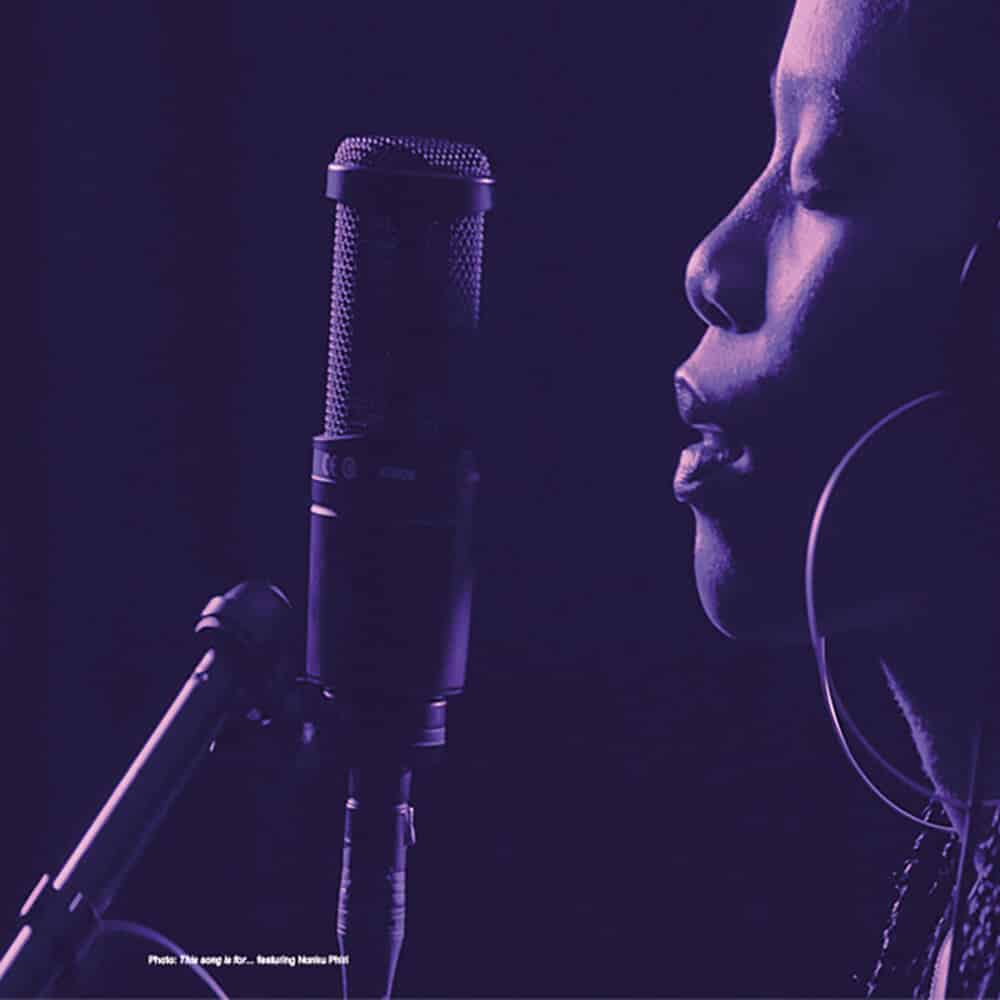 Gabrielle Goliath, ‘This song is for…’ All images courtesy of Standard Bank Gallery.

On entering the exhibition space, audiences are confronted by a unique collection of dedication songs – playing sequentially, and each one chosen by a survivor of rape. These are songs of personal significance to the survivors – songs that take them back to a particular time and place, evoking a sensory world of memory and feeling. As collaborators on the project, the survivors shared not only their songs, but also a colour of their choosing and a written reflection. The artist then worked in close collaboration with a group of women and gender-queer led musical ensembles to reinterpret and re-perform the songs.

“When language fails us, when conventional therapy fails us, art allows for a different kind of encounter, a more human encounter perhaps. One in which the differences that mark our experiences of the world become the grounds for our mutual acknowledgment and care,” says Goliath.

During the course of each song, a sonic disruption is introduced; a recurring musical rupture recalling the ‘broken record’ effect of a scratched vinyl LP. Presented in this performed disruption is an opportunity for listeners to imaginatively inhabit a contested space of traumatic recall – one in which the de-subjectifying violence of rape and its psychic afterlives become painfully entangled with personal and political claims to life, dignity, hope, faith, even joy.

Goliath explains that, “in a work like This song is for… I am seeking to resist the violence through which black, brown, feminine, queer and vulnerable bodies are routinely objectified, in the ways they are imaged, written about, spoken about…what I have in mind is a more empathic interaction.

She situates her practice within contexts marked by the traces, disparities and as-of-yet unreconciled traumas of colonialism and apartheid, as well as socially entrenched structures of patriarchal power and rape-culture. She does this through a reimagined approach to art which she accounts for as a necessary step towards changing the narrative around how art is produced and consumed. 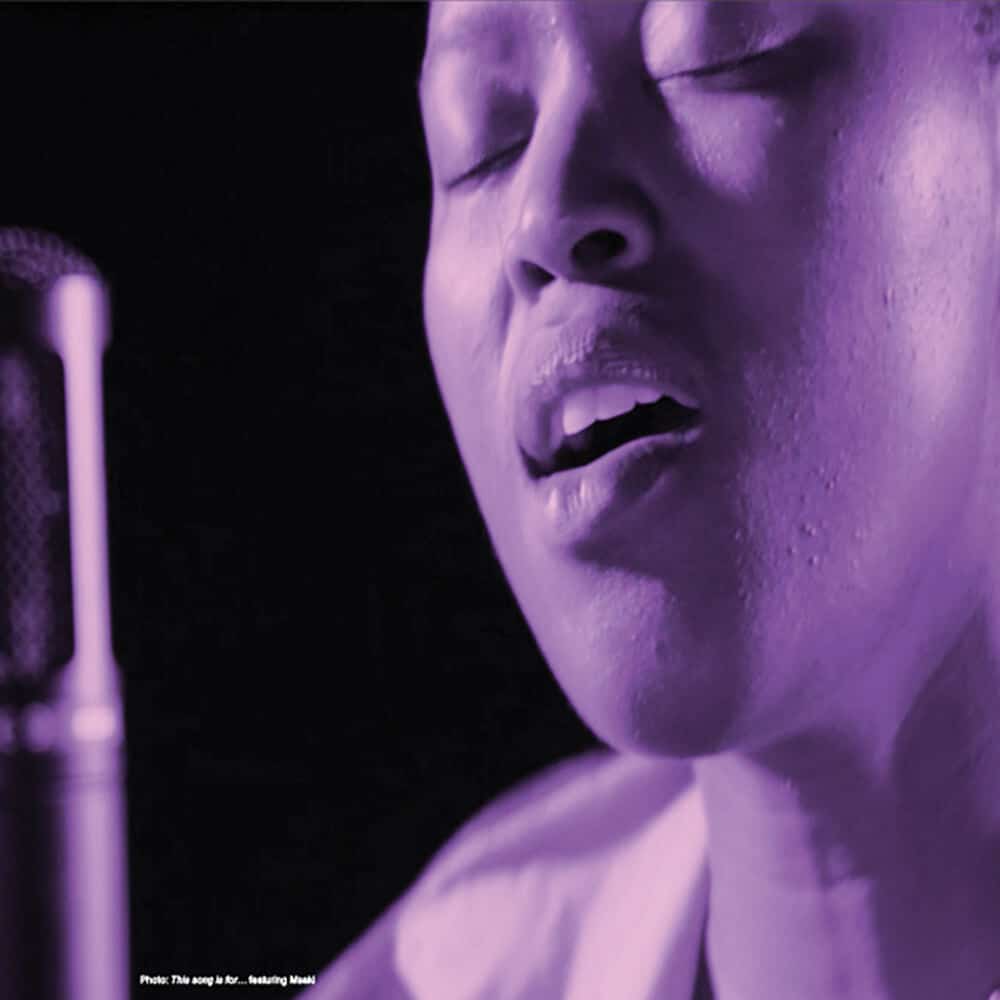 Gabrielle Goliath, ‘This song is for…’

“Art is traditionally bound to the visual, to the formal conventions of painting, drawing, sculpture and so forth. For me, embracing a more capacious approach to art is important and involves being open to the expanded field of sound, touch, ritual, performance and more”, she says.

Elaborating on the importance of sharing people’s stories and personal testimonials, Gabrielle asserts that it is not her objective to tell other’s stories which she says can be a complicated undertaking. But rather hers is an opportunity to create a platform wherein people can reflect and share their experiences in a meaningful and impactful manner.

“What such work enables, in my view, are opportunities for audiences to acknowledge the lived experiences of others, and to account for the ways in which they are socially and politically implicated in lived realities of racialised, gendered and sexualised violence,” she adds.

As an artist, Gabrielle Goliath is deeply concerned with questions of violence, and the precarity of black, brown, feminine and queer bodies. She has exhibited her work across South Africa and internationally. Recent exhibitions include: Kubatana – An Exhibition with Contemporary African Artists, Norway; The Future Generation Art Prize in Venice and Kiev; Conversations in Gondwana, São Paulo; the Palais de Tokyo’s Do Disturb Festival, Paris; and the Verbo Performance Art Festival in São Paulo. In 2019, she was announced as the Standard Bank Young Artist of the Year and was also granted a Special Award at the prestigious Future Generation Art Prize. Although based in Johannesburg, Goliath is currently a Ph.D. candidate in Live, Interdisciplinary & Public Art at the Institute for Creative Arts (ICA), University of Cape Town (UCT).

‘This song is for…’ is currently on at the Standard Bank Gallery in Johannesburg and closes on the 14th September.  Through the support of Standard Bank, the exhibition will travel to other venues including Iziko South African National Gallery in Cape Town and William Humphrey Art Gallery in Kimberly.