TRAIL: a painterly investigation of inequality and discord in post-apartheid South Africa

ART AFRICA in conversation with Gabrielle Raaff on her solo exhibition currently up on show at SMITH Studio. 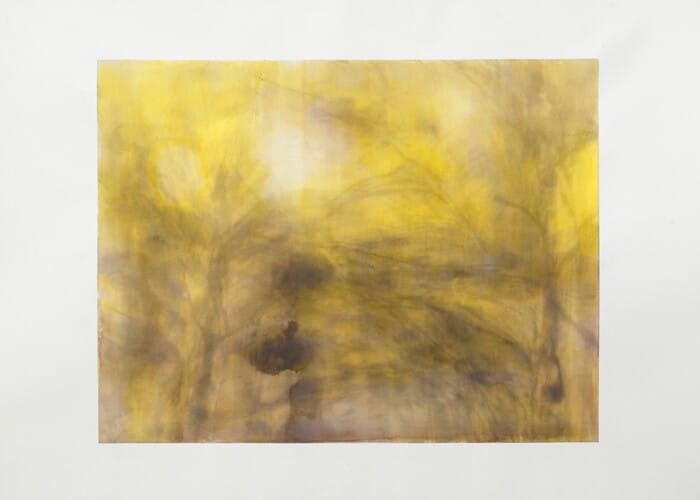 ART AFRICA: Have you always been a landscape painter, or is ‘Trail’ your first exhibition of this kind?

GABRIELLE RAAFF: I would resist categorising these paintings as ‘landscape paintings’. Although they have been inspired by a particular piece of landscape within our urban environment, the actual content is more intuitive, emotional and subversive.
These are not merely paintings of trees. Nature is the medium or the visual language that helps reveal new insights into our own understanding of our environment.

My previous solo show titled ‘Nightwatch’ at Salon 91 dealt with landscapes of a more internal, subconscious nature. And prior to that in 2009 I made simple water-colours of rooftops from particular and economically varied suburban neighbourhoods using satellite imagery. So all of these works were, by definition, ‘landscape’ paintings. We are just required to shift our idea of what a landscape painting represents.

I suppose it is when one looks at art beyond categories, that the viewer has greater freedom to make up their own mind by translating what they see and that one can respond with feeling rather than intellect.

In ‘Trail’ you have addressed remaining issues of inequality in post-apartheid South Africa, focusing specifically on the affluent suburb of Constantia in relation to the sparse Cape Flats. How do you capture this in your painting?

The paintings began as odes to the beauty of the Constantia Greenbelt trails, a place I visit often. As I began to wake up to the full extent of the wealth and privilege I was witnessing along these walks, I consciously introduced some ominous, discordant elements to the work. The uncanny similarity in form of man-made explosions and large trees with billowing foliage became one visual metaphor which I used in many of the works. It is especially apparent in ‘Old Master II’, ‘Degrees of Separation” and ‘Over Joy’ where I reference nuclear bombs. Man’s many acts of inhumanity against one another are at the heart of our history.

The painting ‘Weeping Willow’ – which is possibly the most subtle of the works – is haunting by its very lack of information. The Willow is a void that is implied. This void become an emotive trigger and one that asks of us “What is wrong with this picture?”.

The actual technique of using many washes of transparent ink on wet paper keeps the composition open ended and visually references the stains left on our landscapes through our history. 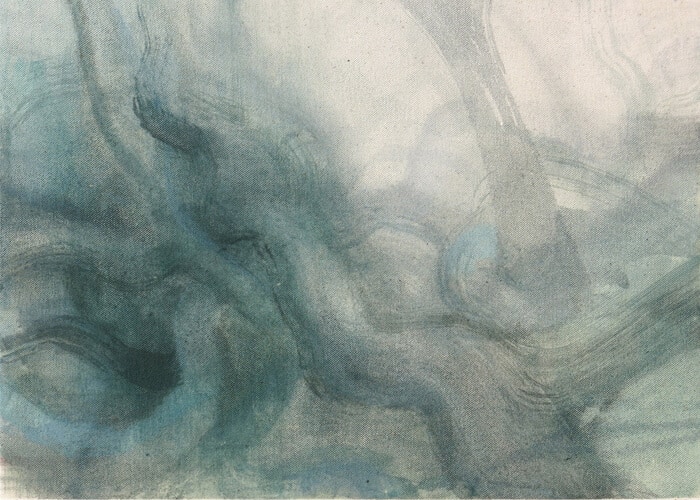 Can you tell us a bit about the history of Constantia, and why you chose to portray this area in your work?

The Constantia valley is as beautiful as its history is fraught. These trails were enjoyed and further developed by the Dutch settlers in the late 1600’s and for the next 150 years slaves were used to help plant vineyards, fruit and olive trees.
Following emancipation, many freed slaves continued living in the valley and from the mid-1800s to the 1960s, Constantia remained a rural area of wine estates in which African and coloured residents constituted the majority.
They were farmers, farm workers, domestics and fruit and flower sellers and lived in the areas of Strawberry Lane, Sillery Road, Spaanschemat River Road and Ladies Mile Road.

In 1961 this area, like many other areas of great beauty during apartheid, underwent a ‘purging’ of the local non-white inhabitants to make way for an affluent white community through the forced removals of the 1960s.
Constantia was zoned a White Group Area and it wasn’t long before residents classified as Coloured or African were removed to areas in the Cape Flats and surrounds, the so-called dumping grounds of apartheid.
Today, enormous, predominantly white-owned residences flank the trails through the Greenbelt.

This area is of personal interest to me because I often walk these trails with my dog and family, and they are half-way between my studio in Observatory and my home in Lakeside. Taking the N2 and M3, I follow a route through some of the most affluent suburbs in South Africa. Initially I was responding to the sheer beauty of the area and walking there became a place to let the body and mind wonder.
However the abundance here remains an indelible reminder of the stark difference between wealthy and poorer neighbourhoods.

I have always been interested in space and landscape and the rooftop works highlighted a difference, but from afar.
Those paintings set me apart from my subject and I remained coolly removed, this current body of work is a more intimate and tactile response of myself in the space.

You say that you were born into a position of privilege in South Africa – how has this understanding affected your work?

I have lived in leafy suburbs my whole life and I am deeply aware of the many resources I have come to enjoy because of the colour of my skin.
This consciousness, however, is not translated into obvious political protest banners – but rather has pervaded my thoughts and understanding while I walk through this abundance and when I return to my studio to paint.

I have chosen to use the language of beauty and hope to transmit through subtle means that history is retained in our natural environment and that spaces hold emotion. I hope that after one is touched by the beauty of the area, one will be moved by the knowledge of what came before.

Your water-colour paintings are reminiscent of 18th Century English and Dutch painters – is there any particular reason why this is, or did you just capture the sublime beauty of the Constantia Greenbelt?

When making these works I was very aware of the bucolic landscape paintings by Watteau for instance where typically the upper middle class were captured at play. I deliberately used the candy colours synonymous with that period of Rococo painting. At that time in painting, the landscape itself was a sort of theatrical backdrop to the figurative scene that played out in the foreground. In my work, the pastoral scenes of dog walkers and children skipping along the Greenbelt, although not represented, are implied. Instead I have rearranged parts of these encounters to create new emotive spaces both beautiful and ominous.

Some of the titles make specific reference to the ‘Old Masters’ – a play on both the term used to describe painters of a certain skill who worked in Europe before 1800, and the colonial Dutch and English masters of slaves who settled in the Cape.

I am also very moved by Turner’s emotionally provocative landscapes. He sought to interpret the sublime of the natural world rather than the woes of humanity’ and presented his paintings as an expression of spirituality in the world and not merely a response to optical phenomena.

In the end I am attempting to capture the sublime beauty of the area and question whether it is beauty that can help redeem us.

You can see ‘TRAIL’ by Gabrielle Raaff at SMITH Studio, Cape Town from 23 February to 23 March.