Overcoming what can be overcome

John-Michael Metelerkamp’s life struggle and the path by which he came to be an artist and engaged in his current body of work is complex, harrowing and scarred by struggles with drugs, mental health issues and constant psychic anguish. That he has empowered himself to overcome the things that can be overcome and how he is managing and – on a daily basis – dealing with such inner demons that must be kept at bay within the self, is a tribute to his ability to transcend the H that life has put in his way. 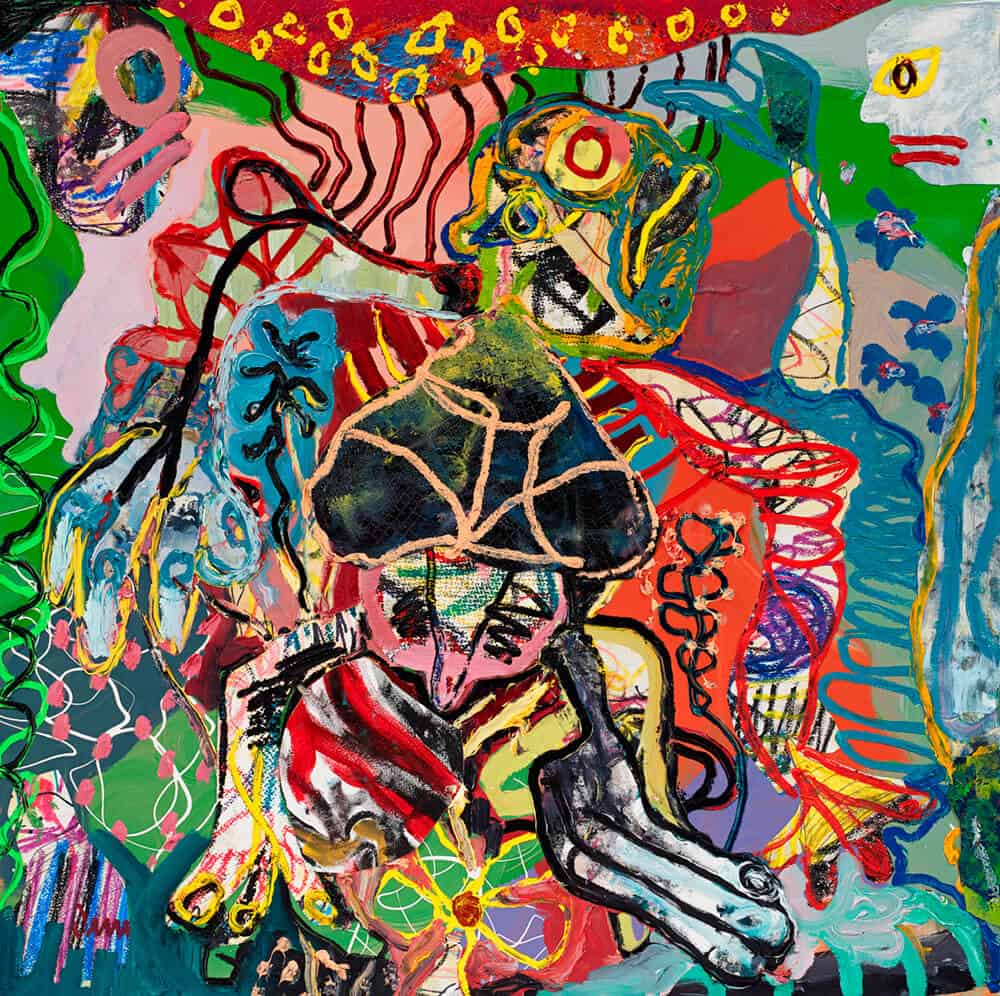 This body of work, entitled Nekkies forms a substantial and coherent reflection – and perhaps more importantly – self-reflection on one individual’s examination of his own place and space in the world and his own relation to those around him.

Superficially that physical place is Kynsna, where the artist resides at present and more specifically, it is engagement and artistic exploration of a highway settlement on the outskirts of Knysna, an area simply known as Nekkies. Unlike the sylvan privilege of what most visitors to this exhibition may conjure up as ‘Knysna’, this space that people call home, where many works and where recreation is to be found, is in truth, profoundly marked and circumscribed by the daily struggle and challenges deeply rooted in the iniquities that are still the relentless  legacy of Apartheid, colonialism and unjust land ownership in South Africa.

It seems that Metelerkamp is not undertaking this reflective task voyeuristically, sentimentally or unthinkingly.  Rather than pensively being an observer of the struggles and hard-won victories of the people of Nekkies, these works act more as a looking-glass, aligned to and, in tempo with the struggles that he has personally endured and continues to grapple with in his inner life and the daily grind. This is not about desolation or despair but rather they are about the manner that one can transcend inconceivable odds to become whole, spit in the face of injustice and – I believe – quite simply be. 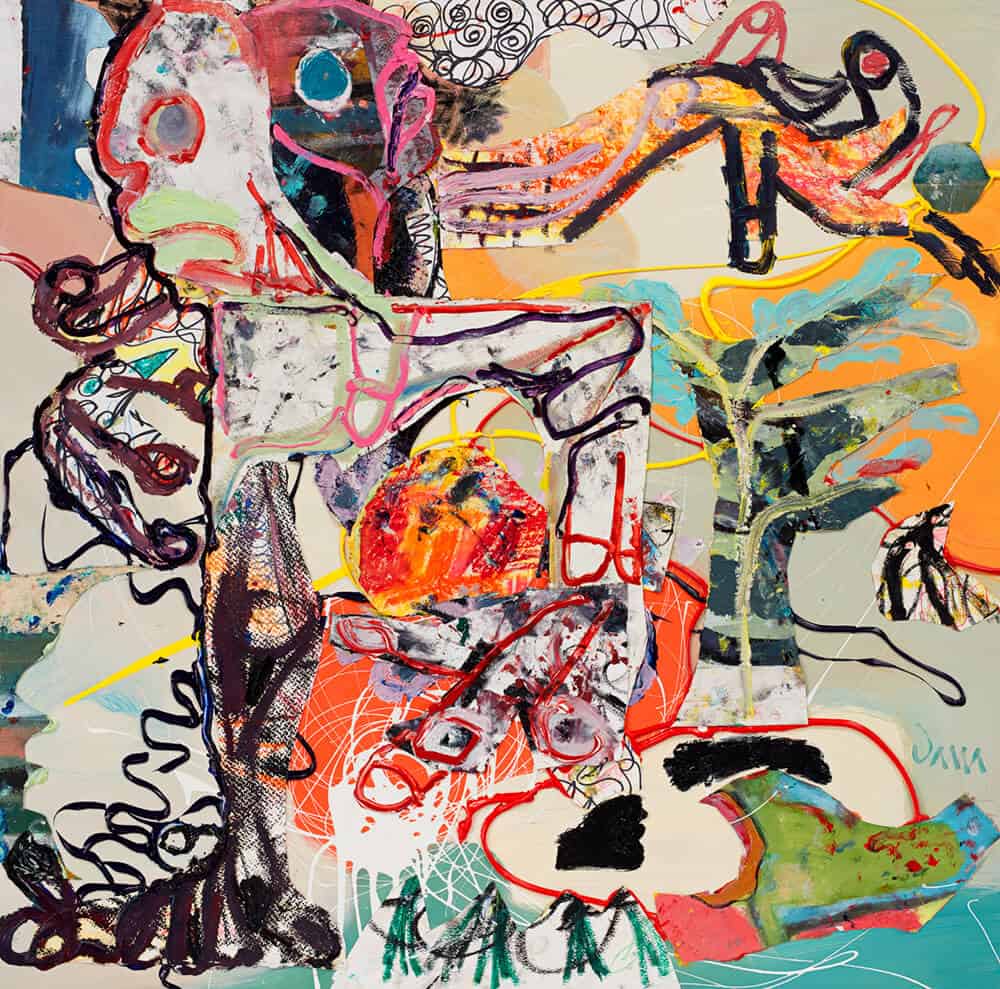 This is difficult work and fraught with potential pitfalls and problematics but the artist is clear that these paintings need not be seen as representations of individuals that he observes any more than they can, and also indubitably are self-portraits.

His working process is highly structured and what that produced in turn is almost obsessively prolific. He has disciplined himself to paint no less than a painting a day. This work is produced almost relentlessly as a result; framed by a self-imposed organisation and governed by self-discipline that is, out of choice, a challenge to himself physically, artistically and emotionally.

Metelerkamp is thus forcing himself to undertake artistic labour with a recognition of and respect for the fact of the miracle of his current existence and the transcendence of the painful challenges he has experienced in his life. He is a survivor, and moreover, a survivor who is producing a chain of visual testimonies to this fact in every canvas he completes. Each one of these sees him posing questions to himself and also his viewers. I believe they are never offering a  definitive answer or unambiguous and smug ‘resolution’; every work in its way is a study for the next one – every canvas cannot be said to be completed until the following one has been begun. 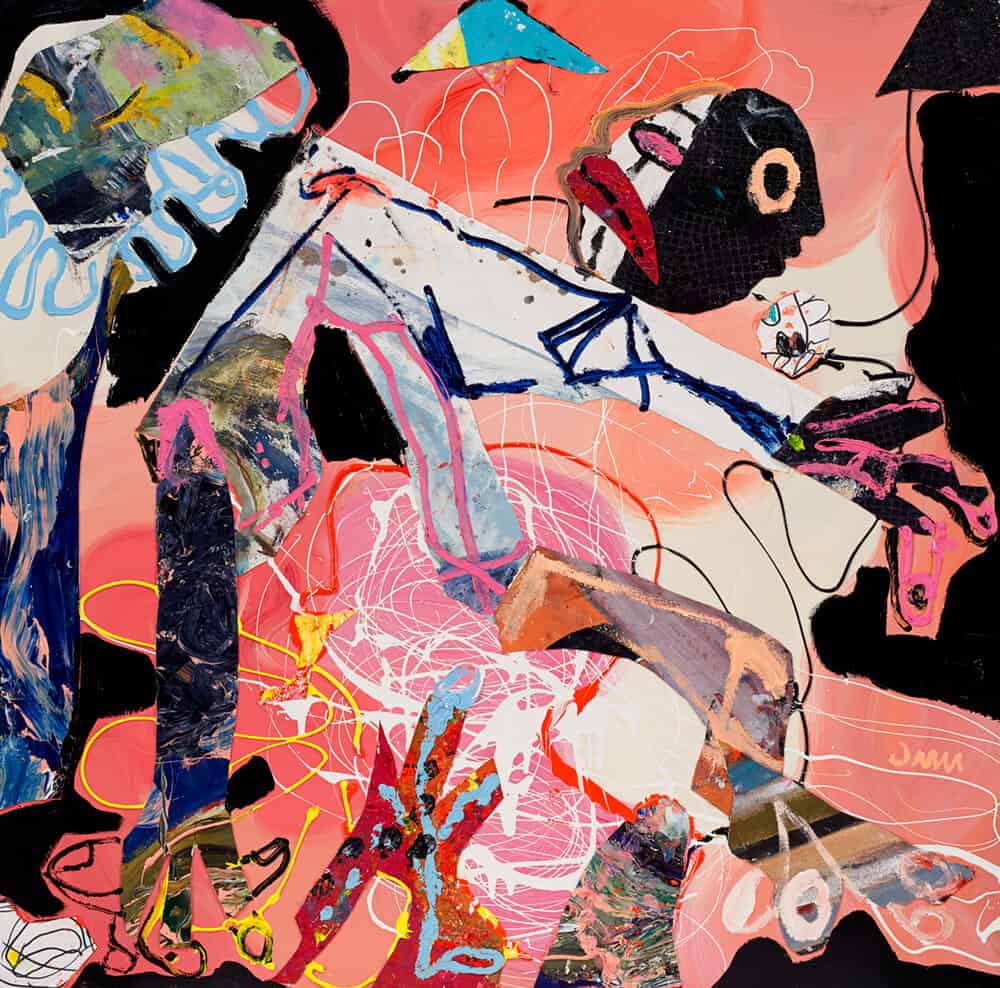 The swathes of pure, strong and vibrant colour ask whether they may be indicative of anger, fortitude, confident mastery of material or, indeed, all of these at once. The force, energy, and almost ‘life-or-death’ marks that we, as viewers, can so plainly see in the demand from us  a sort of visual fortitude that can, I would offer, never really be achieved in the same measure as the comparable fortitude, artistic courage and sheer power of expression that Metelerkamp is so plainly releasing in  their making. Such is the conundrum: how can we, as mute observers, access that which another endures; and how is it that John-Michael Metelerkamp in every stroke of his brush overcomes the impossible and by force of will, and I have every reason to say, shall continue to do so, unceasingly as long as his form hand will allow. 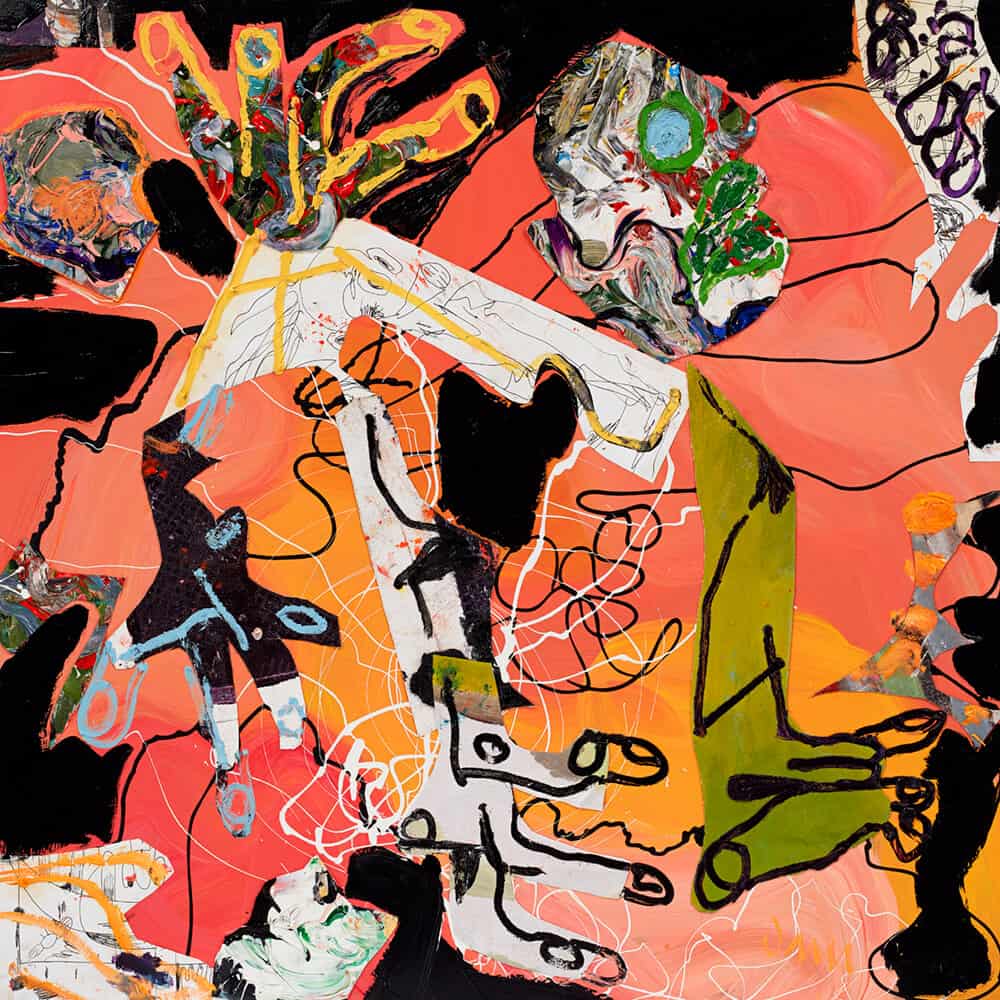 Andrew Lamprecht is a writer &  Senior Lecturer at the University of Cape Town, South Africa.