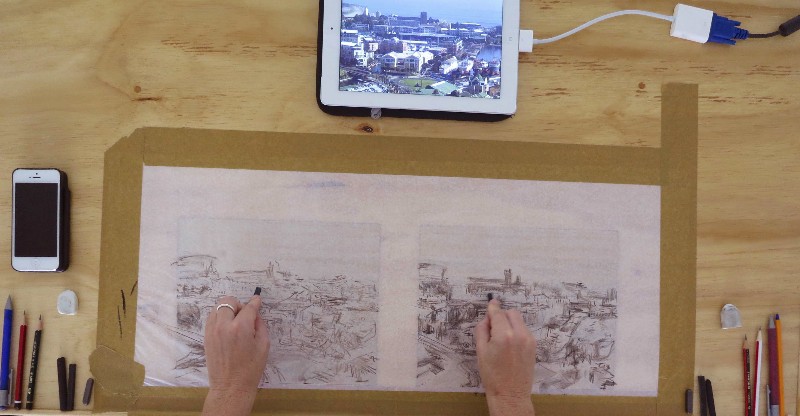 Warren Editions, in collaboration with artist Katherine Bull, present a live print performance: Treading Soft Ground. Working from a live webcam feed, the immediacy of Katherine’s autographic drawings will be translated in print as a team of printmakers etch and hand-print the works as part of a live performance.
Treading Soft Ground will take place on 17 April 2014 at Warren Editions Projects. With an exhibition following the performance event showcasing the prints pulled from the soft ground etchings created during the performance; the exhibition will run from 18 April to 14 June 2014.
As a live print performance, Treading Soft Ground is a contemporary and experimental engagement with the traditional printmaking medium of soft ground etching. The loose immediacy of artist Katherine Bull’s line-work, drawn from a live webcam feed of the harbour, projected onto the project space wall, is to be translated in print by a team of Warren Editions printmakers. The team will etch and hand-print the artist’s images as part of the live performance.
In this exciting synthesis of art, technology and traditional craft, Treading Soft Ground pushes the collaborative dynamic of printmaking. Popularised in the late 18th century, soft ground etching is a traditional printmaking technique in which a soft, waxy ground is applied to a metal plate. Over the plate is placed a sheet of paper onto which the artist draws. The line-work impresses the ground, and when etched the plate retains the drawn image. The plate is then inked and wiped by hand, and when printed represents in a new form, the delicacy and natural fluctuation of the drawn marks.
As a project, Treading Soft Ground means to facilitate an exciting creative transfer between artist Katherine Bull and the print team at Warren Editions. As a ‘live print performance’ the project engages directly with the public, and presents a unique opportunity for the audience to share in a creative happening. The viewer will experience first-hand the traditional printmaking process that is soft ground etching, and engage in a dialogue between the digital and analogue evident in Katherine Bull’s work. 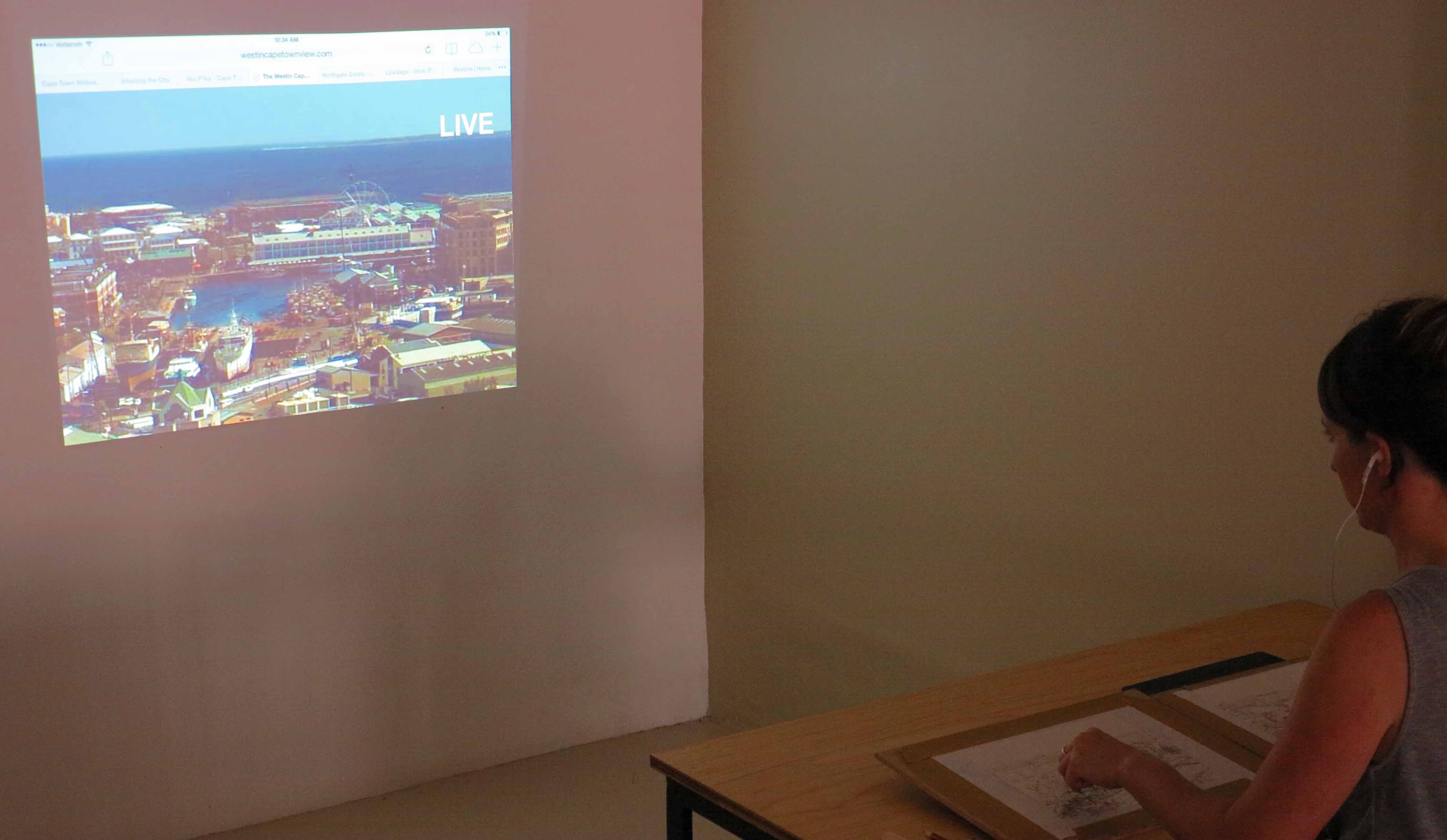 Katherine Bull is a practicing artist and part-time lecturer in Visual Art at the Michaelis School of Fine Art in Cape Town. She has exhibited extensively in South Africa and abroad, and prior to her involvement in the University of Cape Town spent ten years lecturing in the Visual Arts department of the University of Stellenbosch. Over the last ten years her work has investigated the impact of the digital on printmaking and the archive, as well as the manner in which visual representation functions (or dysfunctions) in mediating the body’s orientation in time and space.
These ideas have been developed and explored in her series data project (2004-present), a sequence of digital drawing performances. And, more recently in projects working in analogue mediums from digital sources.
Text and images courtesy of