Globally, sturdy results at art auctions over the past two quarters indicate a healthy market that is holding steady in challenging times. These results reveal that art trading has continued successfully, which bodes well for the future of the art market. This spring, Aspire returns to Johannesburg with a much-anticipated auction of Modern and Contemporary art taking place on 3 September. With this large-scale auction, which presents a collection of 168 works by 103 artists, the company is breaking new ground with a fresh, yet considered selection of artworks that is demographically more representative and reflects the spirit of current times. 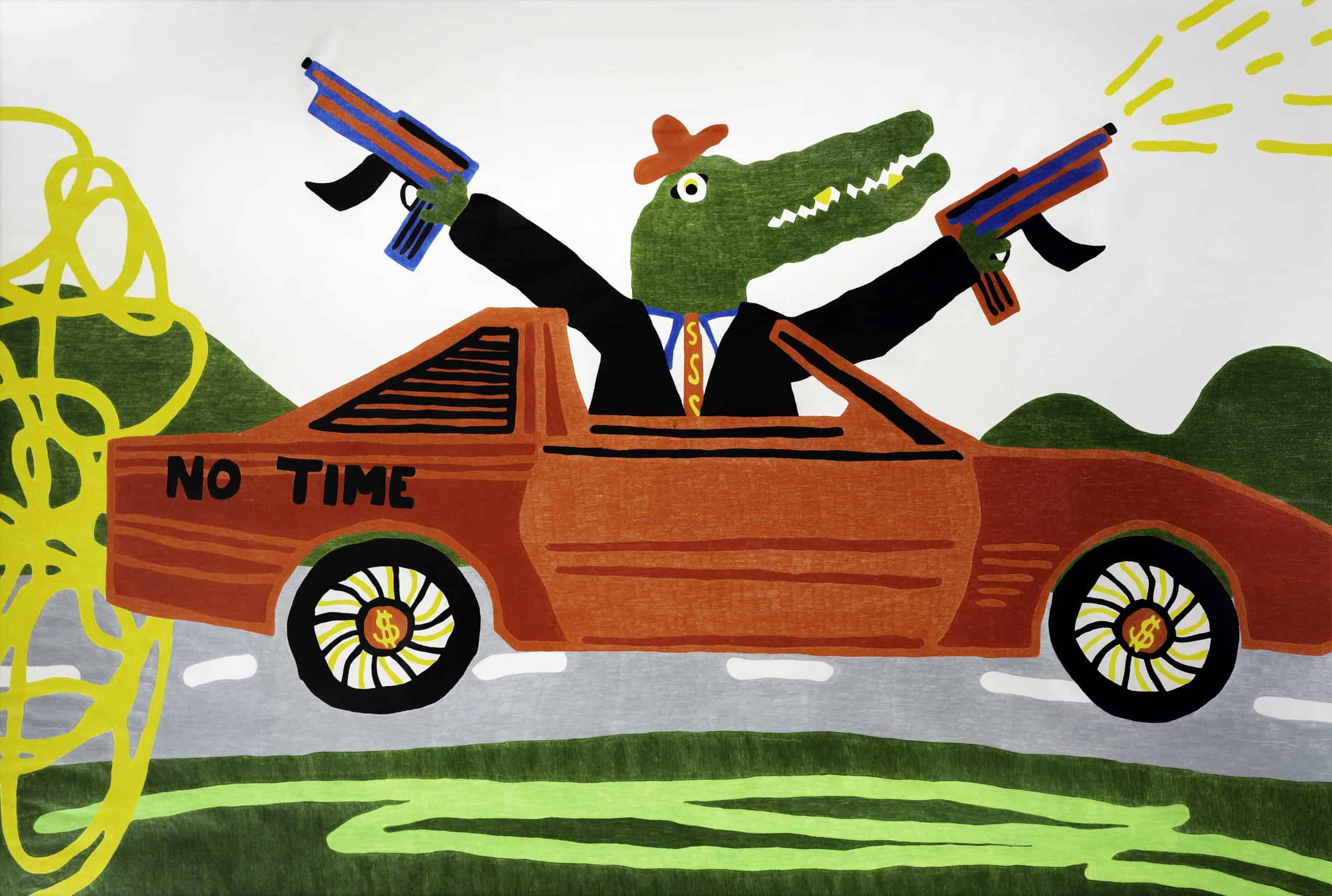 With a strong focus on South Africa, the sale also proudly represents artists from 10 African countries (Benin, DRC, Ghana, Mozambique, Namibia, Nigeria, Sudan, Togo, Uganda and Zimbabwe) and international artists from Europe, the UK and USA. More than half of the lots on offer are by artists of colour, with over a third by women artists. Rare and important historical works are presented alongside an impressive and diverse collection of contemporary art which accounts for a solid 70% of the sale. Photography and new media works make up over 30% of the collection, while 12 new rising stars are introduced.

Art collectors can look forward to the opportunity to acquire sought-after pieces by outstanding artists through an engaging virtual auction format that will be live-streamed from Aspire’s gallery in Johannesburg. Buyers are invited to make use of telephone and various real-time online bidding platforms.

The leading lot in the sale is an exceptional early painting by Gerard Sekoto titled In the beer hall. Painted before Sekoto permanently left South Africa in 1947, it was first exhibited at Gainsborough Gallery in Johannesburg circa 1939/40. The painting is a fine example of Sekoto’s newfound oil technique at the time and considered one of the earliest images of black people painted sympathetically by a black artist. Another important painting from Sekoto’s ‘golden-era’ period on auction is the radiant Portrait of a young woman. Early paintings by Sekoto of this quality are very rare and seldom come to market. 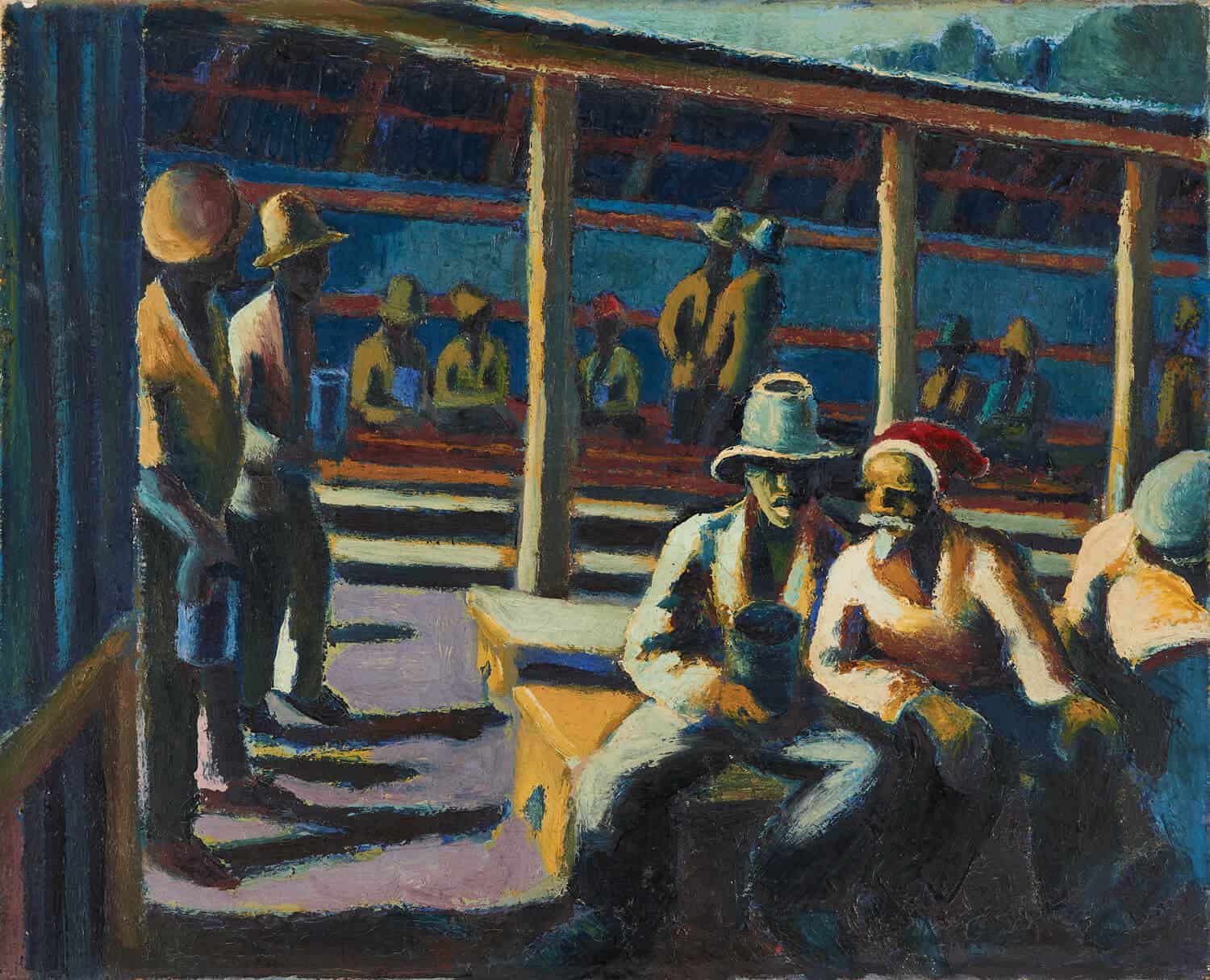 Two impressive works by Sekoto’s brother-in-arms, George Pemba, also feature. Both painted in the 1970s, a period of great artistic maturation for Pemba, The Wedding and Congregation are exemplary of Pemba’s unique social realist works. 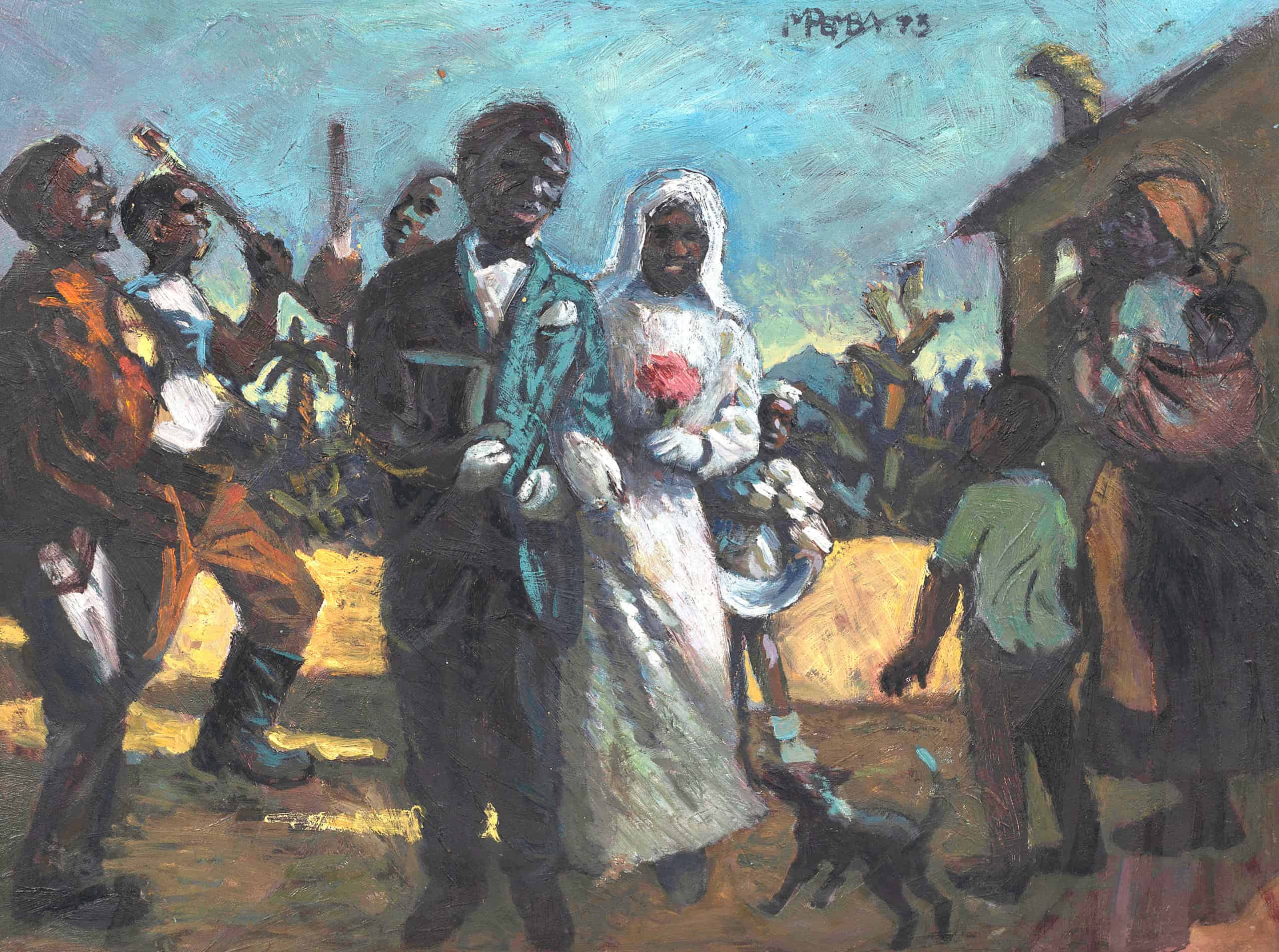 A great highlight is Edoardo Villa’s monumental steel sculpture titled Traverse from 1957. Originally commissioned by Monty Sack for the Carlton Hotel, it is one of the largest works Villa ever produced and is testament to his innovative use of steel and new construction methods. Breath-taking in scale, the work is a welded piece constructed from a series of intersecting flat and curved planes of steel. 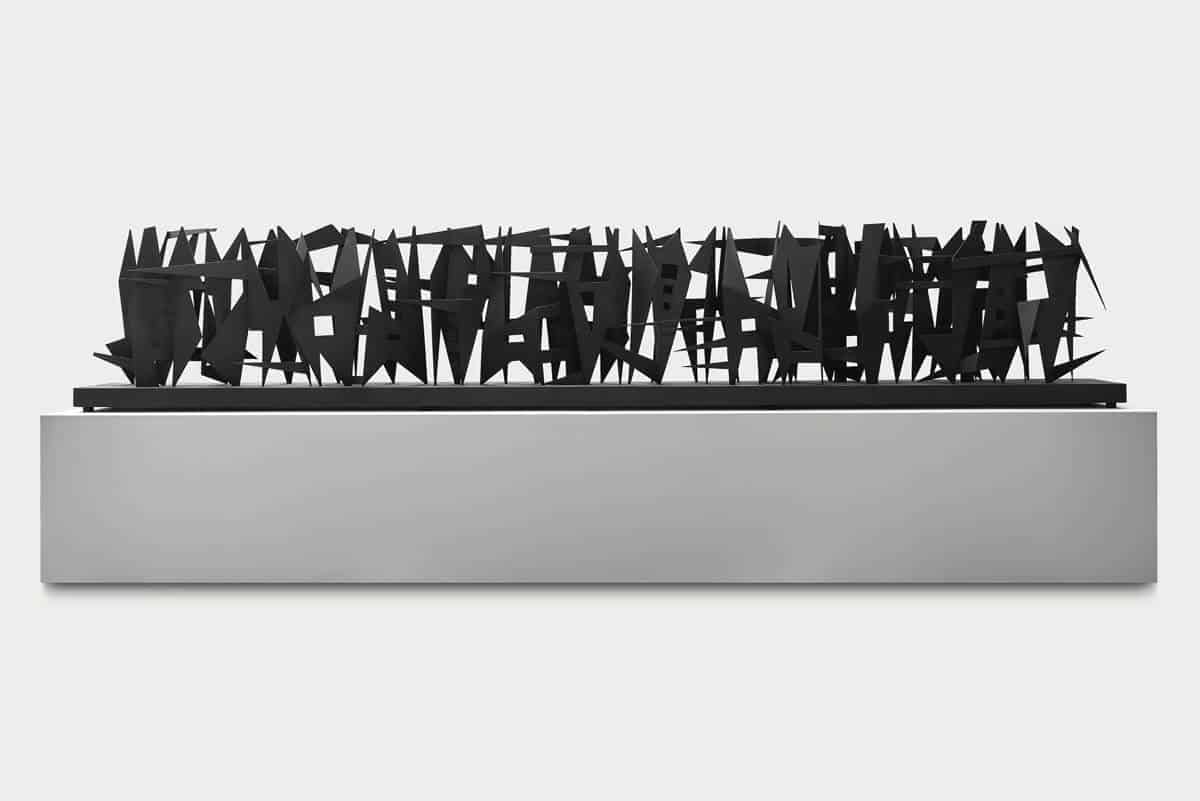 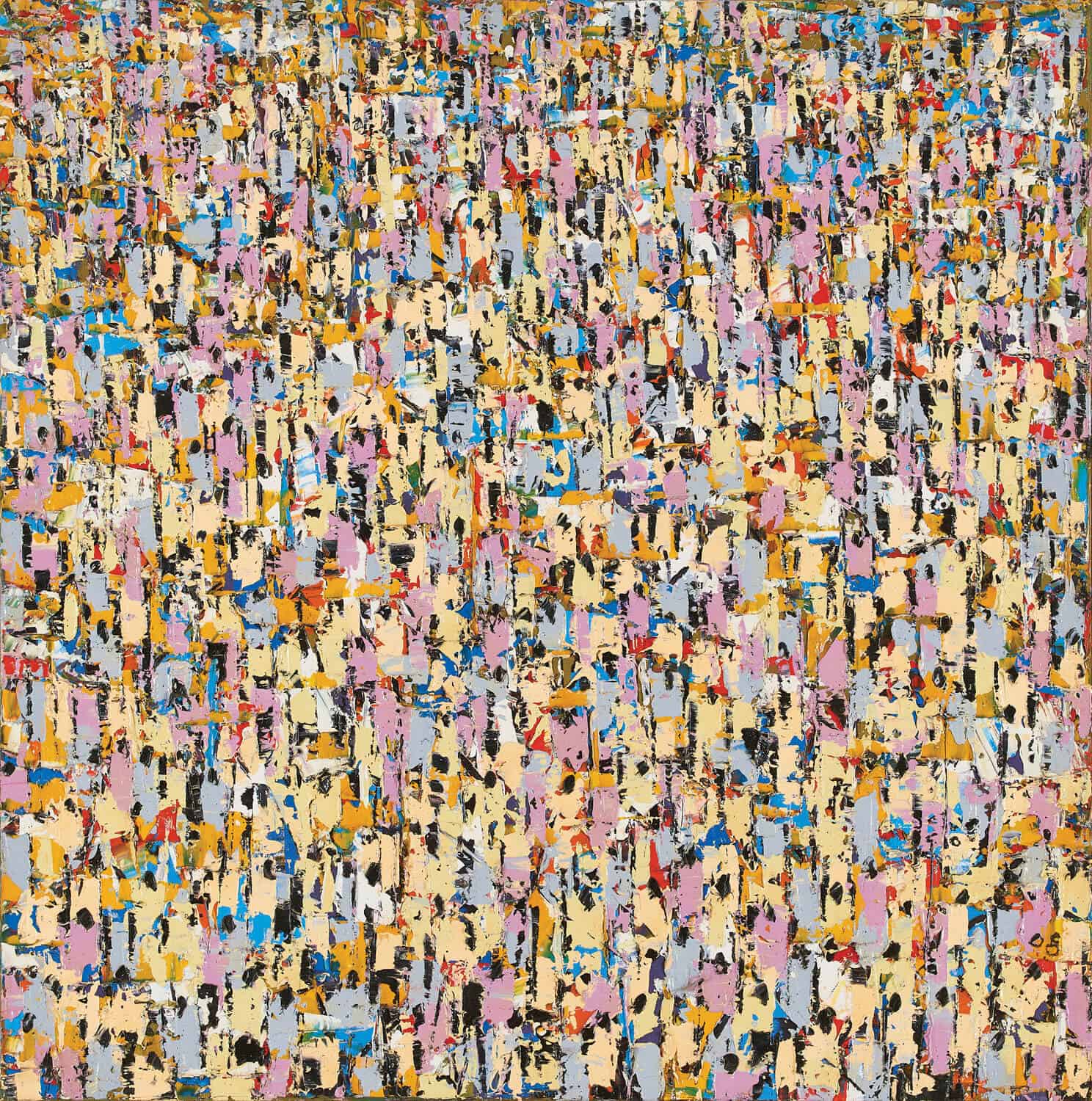 Headlining the contemporary section is a collection of significant works by William Kentridge, spanning his career. The spotlight falls on the limited edition bronze sculpture set Three Sisters (Sister Cone, Sister Box, Sister Fan) which underlines Kentridge’s masterful use of medium and materials. Produced in 2016, each sculpture takes the form of a human torso with their heads transformed into a propeller fan, a cone dial and a cubic box. Cast in bronze, they are meticulously painted to appear as if made of wood, cardboard and fabric. Ideas around the technological transformation of the human, so beloved by the avant-garde, are beautifully realised in these delightful works, which were recently exhibited in Kentridge’s retrospective Why Should I Hesitate at Zeitz MOCAA in Cape Town. 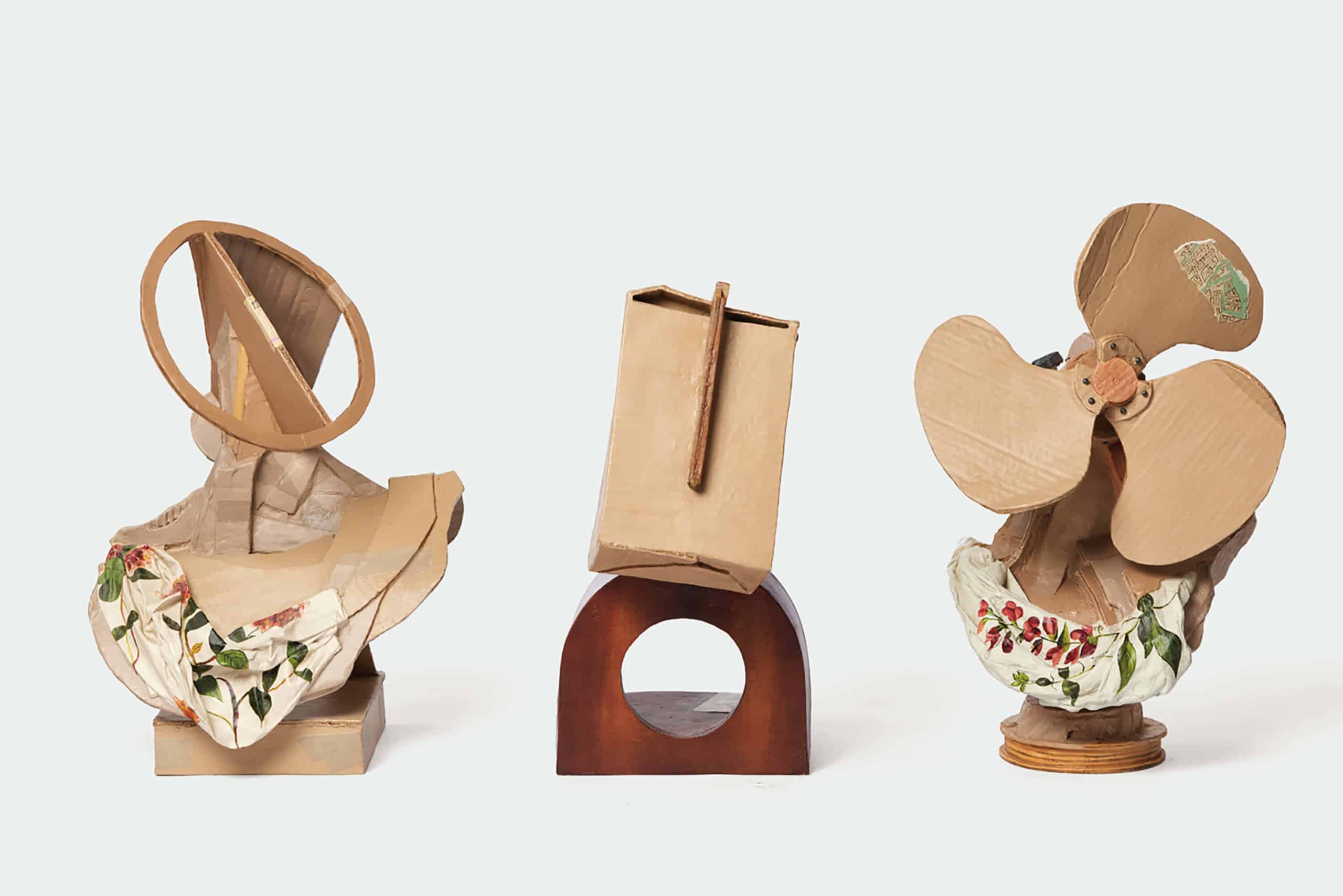 The two gracious Dancer Twice charcoal drawings from 1996 are unique for their sublime beauty. Each portrays a dancer leaping forward with effortless ease while the folds of their diaphanous tunics gracefully animate the action. Complementing these drawings are two sets of prints Dancer Twice and Dancer Twice (Reverse),  each with their own distinctive handmade elements. This editioned series, made from the original drawings also on sale, marked the birth of digital printing in South Africa. By working with charcoal and wash on the prints, Kentridge transformed each into a unique piece. 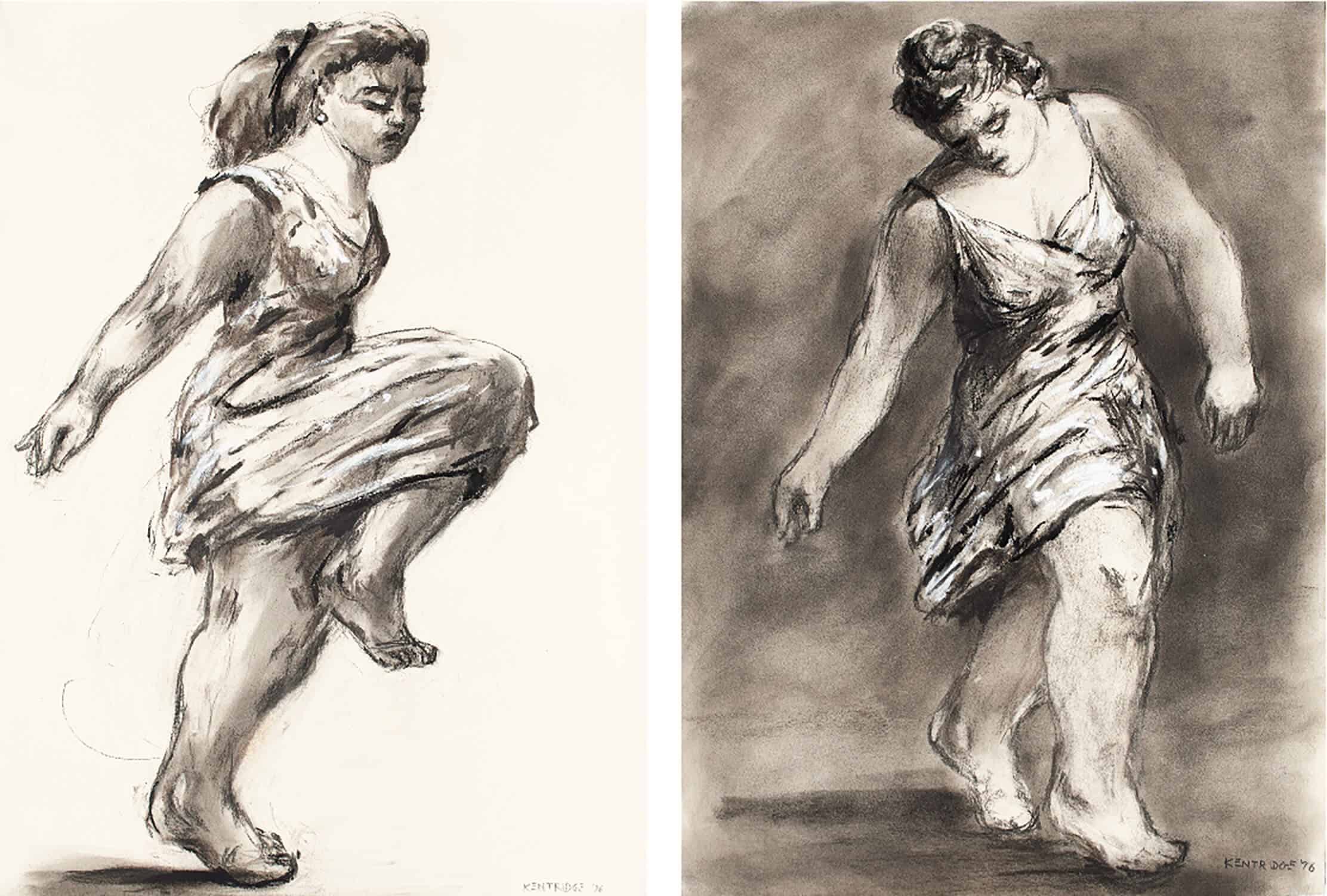 Works by eminent contemporary artists include early ceramic sculptures by Nicholas Hlobo from his Sit – on or stand up and be counted installation; Sam Nhlengethwa’s large oil and collage on canvas interior diptych; a large bronze sculpture titled One Party State (2010) by Brett Murray, and a captivating bust by Wim Botha from his Witness series. A welcome addition Gerald Machona. 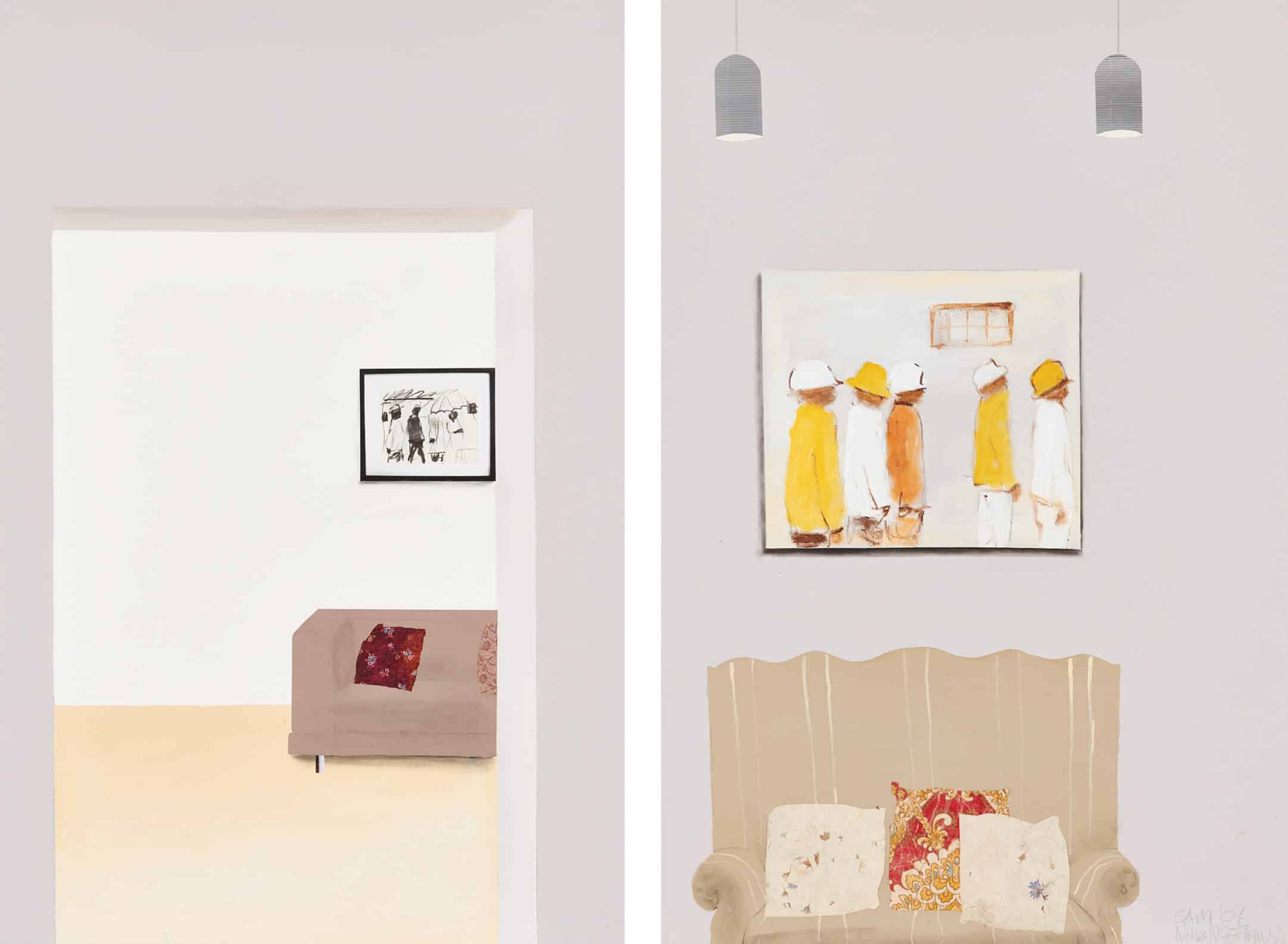 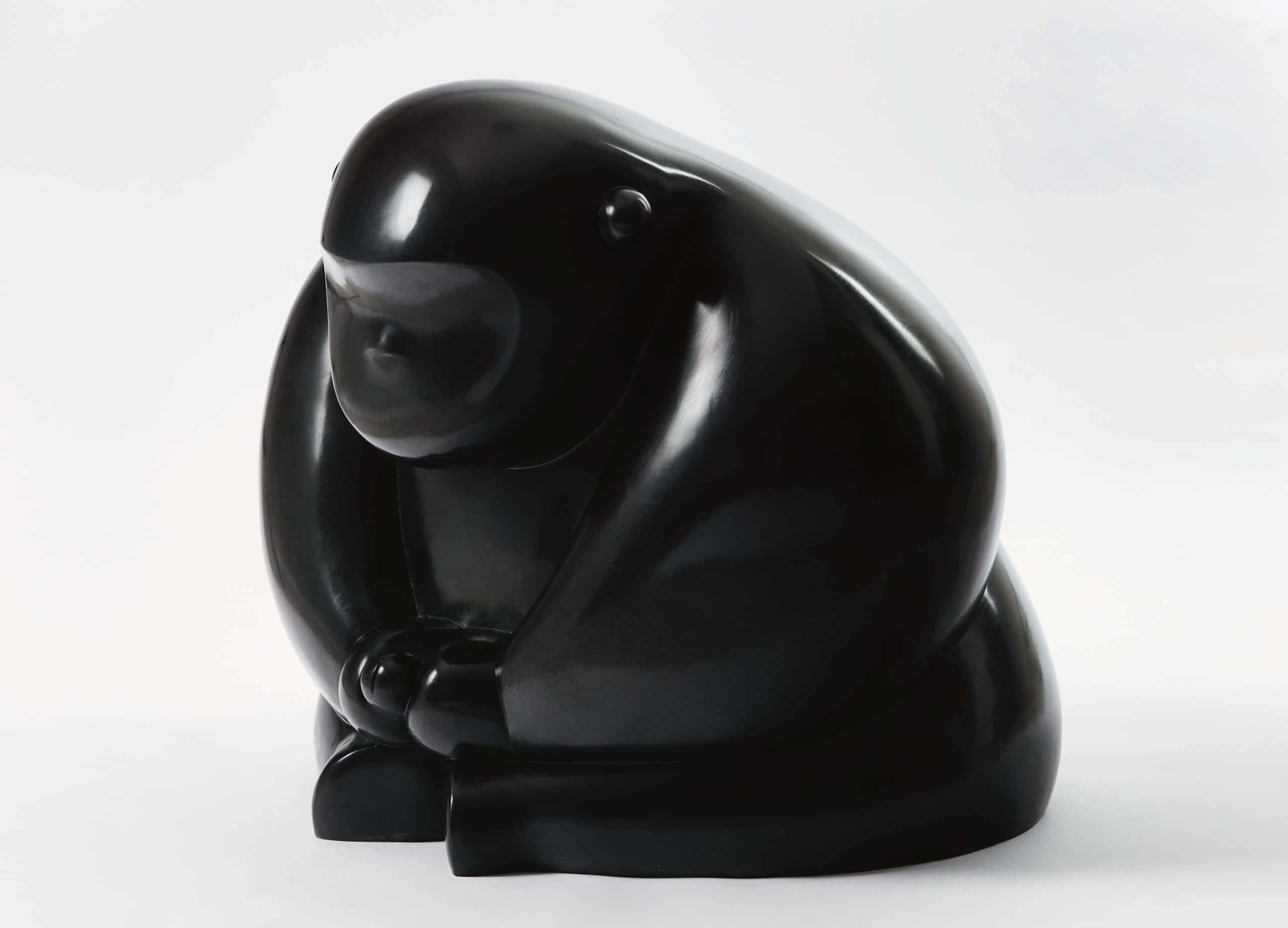 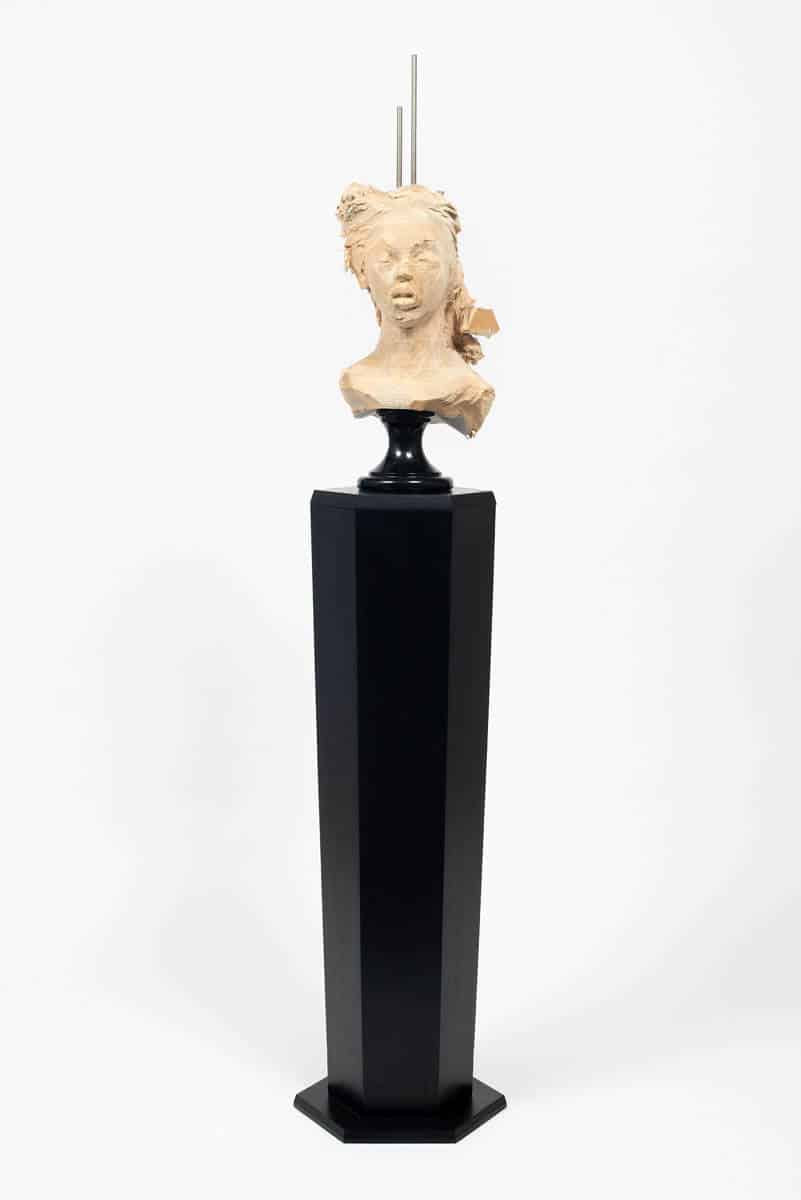 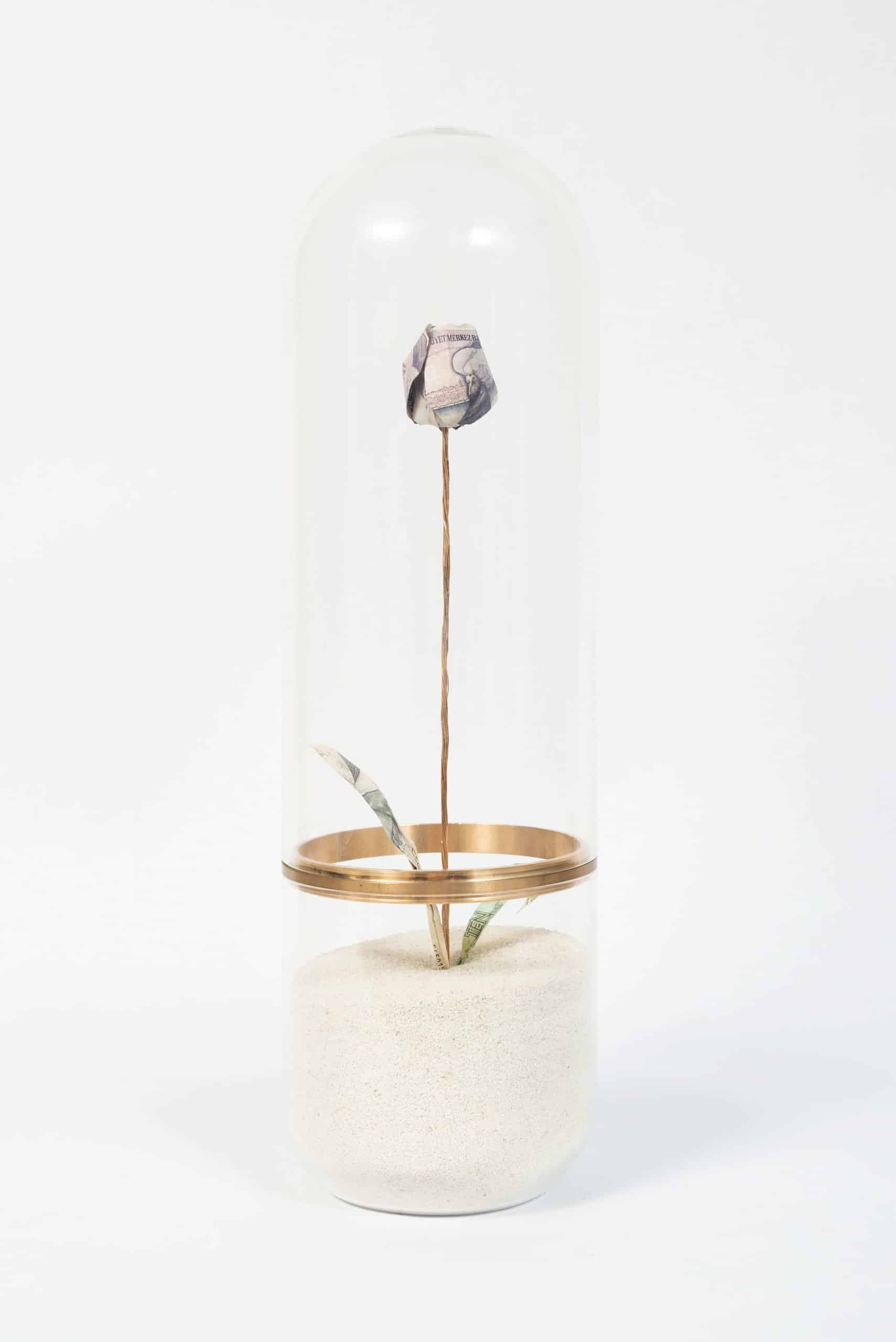 Of the powerful women’s voices featured in the sale is Penny Siopis with a striking painting Spirit Matter (2016) rendered in ink and glue on canvas – an experimental medium now synonymous with the artist’s work, but rarely available on the secondary market. Others include Diane Victor’s large-scale triptych No Hope, No Guts, No Glory  (1991), and significant photographic and performative works by Zanele Muholi, Berni Searle, Tracey Rose, Mary Sibande, Bridget Baker and newcomer to auction Khanyisile Mbongwa. 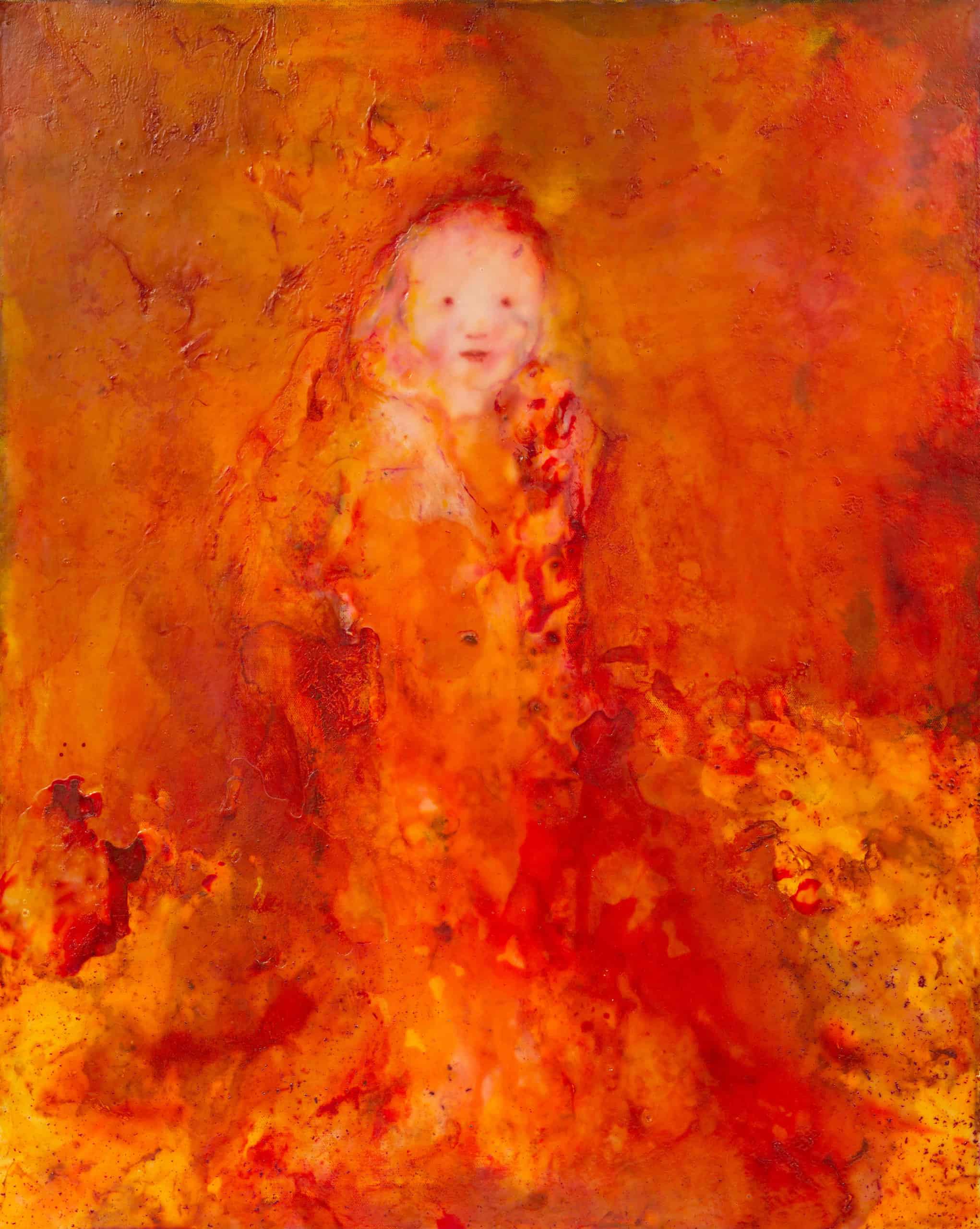 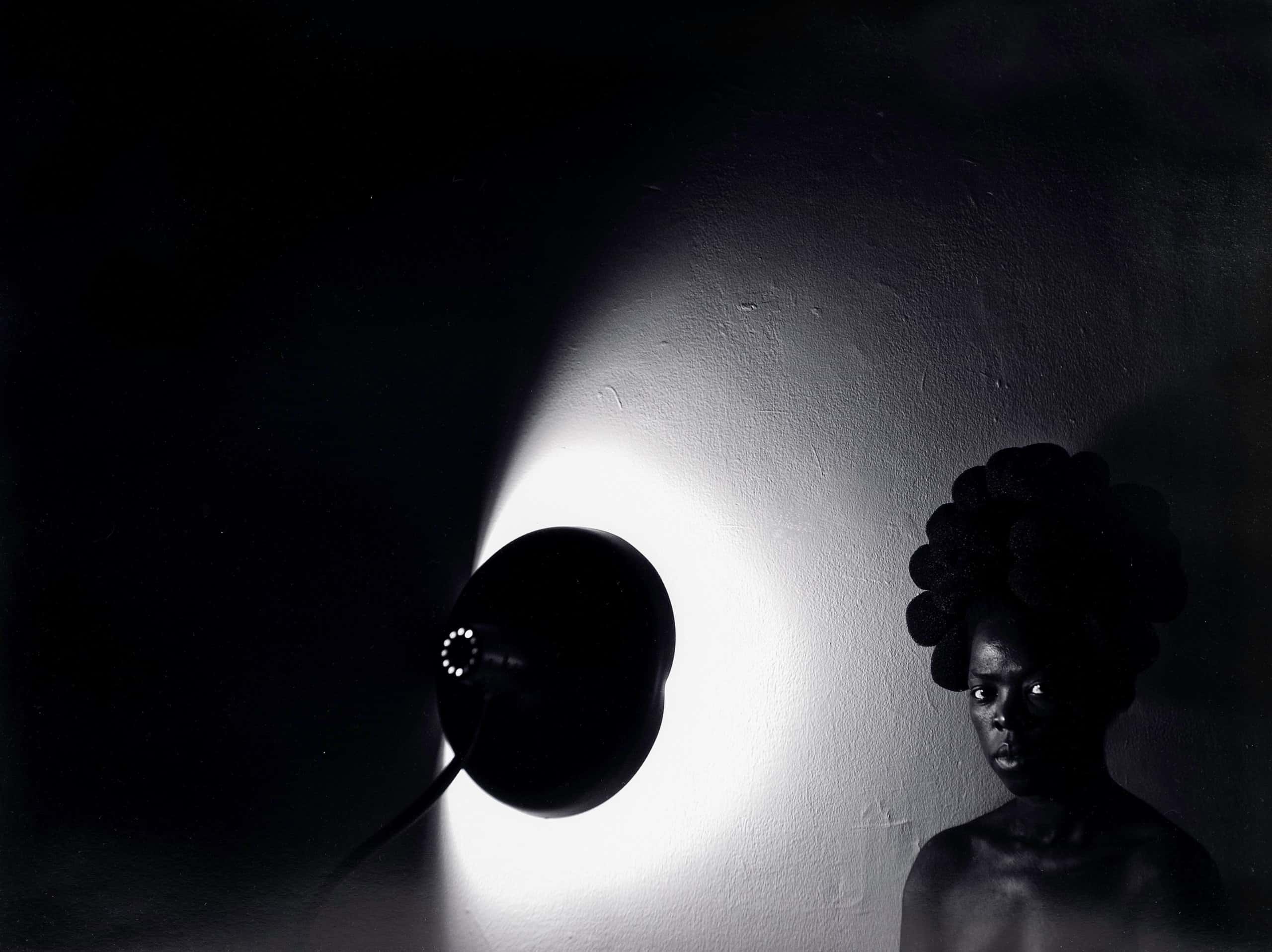 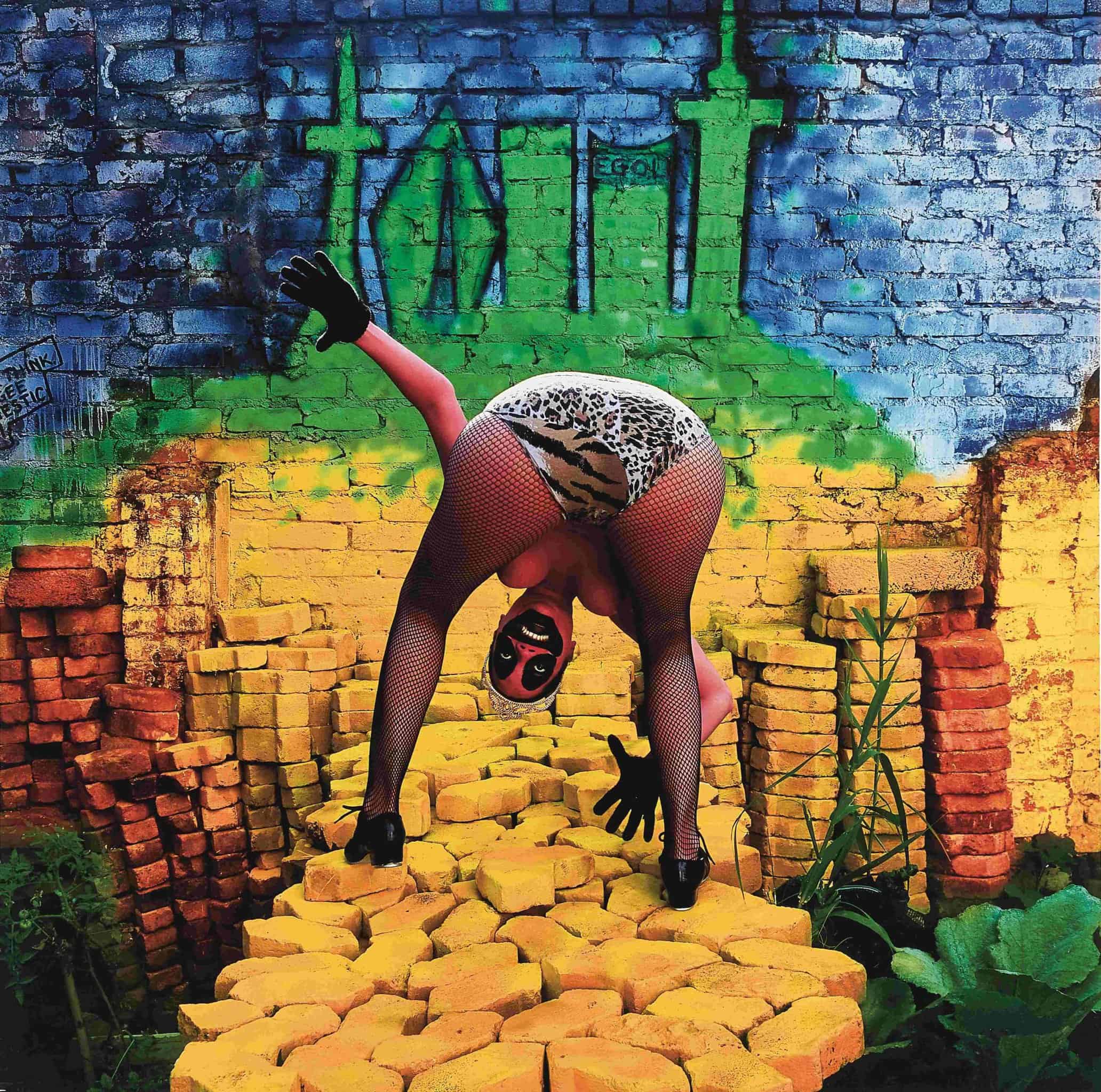 Following Aspire’s recently achieved world record at the auction of €34,150 for a single photograph by renowned photographer David Goldblatt in Paris in June, four scarce and highly sought-after photographs from his Particulars, Johannesburg, Some Afrikaners Photographed and Fietas series are offered as part of an outstanding photographic range which further includes photos by Leonce Raphael Agbodjélou, Hasan and Husain Essop, Jo Ractliffe and Guy Tillim. 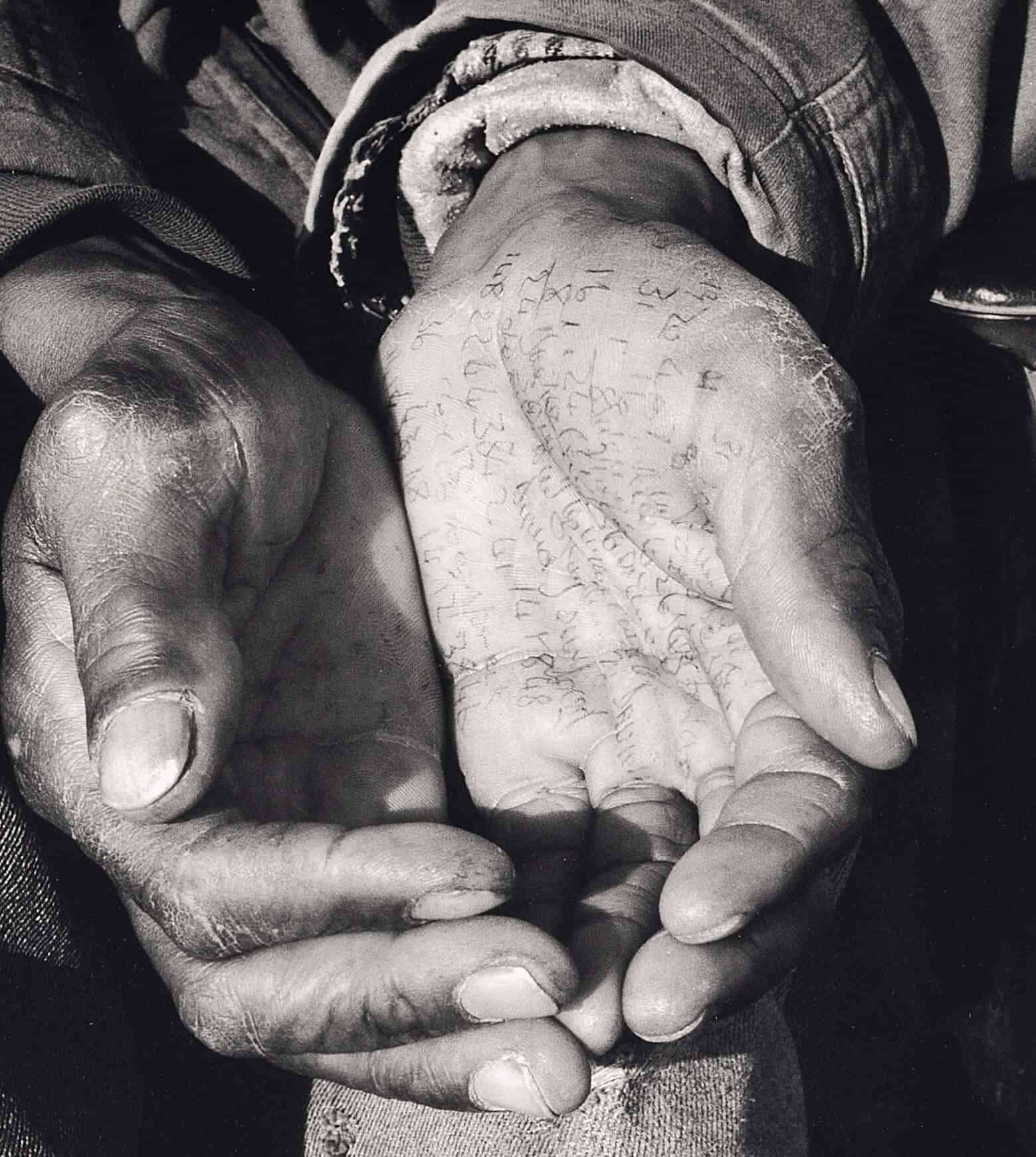 David Goldblatt, Crippled by a stray bullet from an argument in which he had no part, a former gold-miner sits in a wheelchair and begs at a crossroad on the Johannesburg- Cape Town highway, while pursuing winning numbers for the national lottery. Springsfontein. 7 August 2003 (6_128_8), 2003 | Estimate: R 150 000 – 250 000

Available on auction for the first time locally is a sculpture by El Loko whose permanent installation can be seen at Zeitz MOCAA, and a large expressive painting from by George Hughes titled Yellow Rage. Concluding the auction with delightful humour is Robert Hodgins’ vibrant painting, A Suit of Flames and a Brooks Bros’ Shirt from 1997, which is sure to draw attention. 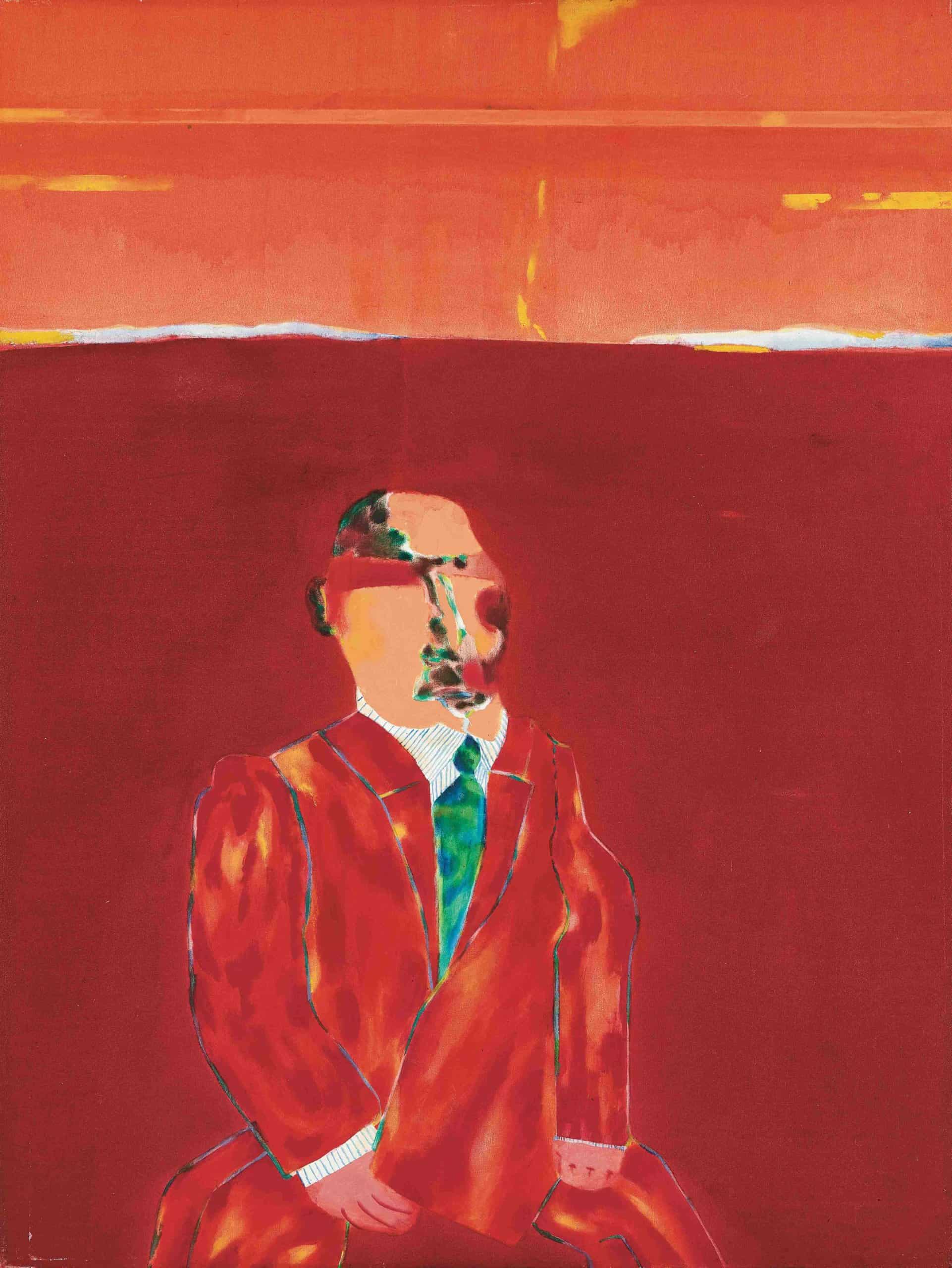 The fully illustrated and interactive catalogue is available online and can be downloaded at www.aspireart.net.

Viewing by Appointment: Select lots will be on view at Aspire’s Johannesburg gallery until 3 September 2020, 10 am – 4 pm.