Over the passed weekend, South Africa experienced its first ever FanCon: Cape Town Comic Con at the V & A Waterfront (7 – 8 May 2016). The inaugural event for South African comic fans and self-confessed ‘geeks’ clearly indicates the growth in the local comic industry over the last few years, and for every artist that is seen, there are twice as many (if not more) who remain unseen apart from a core following.


In this vein, Su Opperman spoke to underground art activist kEda Gomes about her influences, her practice and her crossover interests between comic art, street art and illustration. 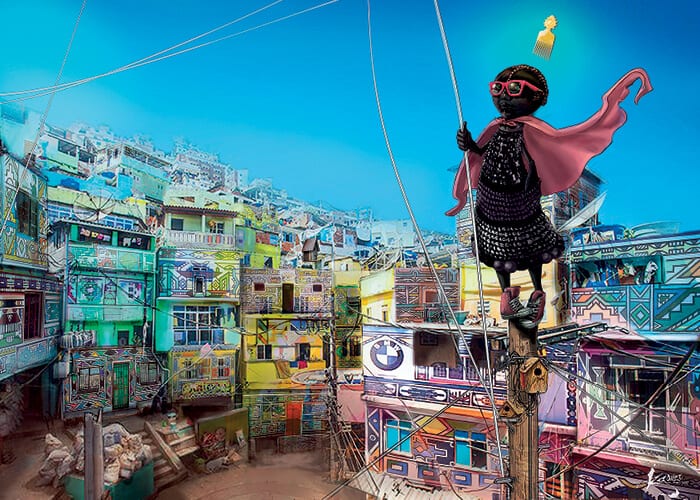 Su Opperman: How did you get involved in the underground art scene?

kEda Gomes: I became involved because I saw a need and gap for the creation of platforms for illustrators, street and comic artists. I was actually more interested in assisting underground comic and street artists by giving them spaces to showcase their work. This desire to help opened up my artistic window to view even more art forms, styles and mediums, thereby broadening my exposure to the underground art scene.

What do you think of the ability that art has to reflect society and how do you think this is captured in the underground art scene?

Art is personal; each individual has an ability to reflect (on society) that is unique to themselves. As artists, our creative output feeds on our personal experiences and environments. The artistic expression or creative sphere that we create out of that is unique to the individual and cannot be replicated by another. Through the act of consumption – by this I mean a person coming into contact with an artist’s creative sphere, as in a painting – we encourage reflection on society when people confront a cultural object that invites a search for personal understanding.

Consider an (internet) meme; a meme becomes popular and useful as a communication tool when a critical mass of people intuitively understand the underlying meaning of the meme, which can be leveraged to convey further information. It is this intuitive understanding that is lacking in underground art forms, and thus these works demand more interpretation from the audience. The meaning of a given piece thus reflects a viewer’s own state of mind and their subjective opinions based on their societal experiences. Going further, you can imagine a sort of graduation of an artistic expression when it achieves that critical mass of common understanding to allow it to become a mainstream communication tool. In doing so, its meaning is locked in as people cease to reinterpret the piece and rather seek to simply know what the visual representation means. 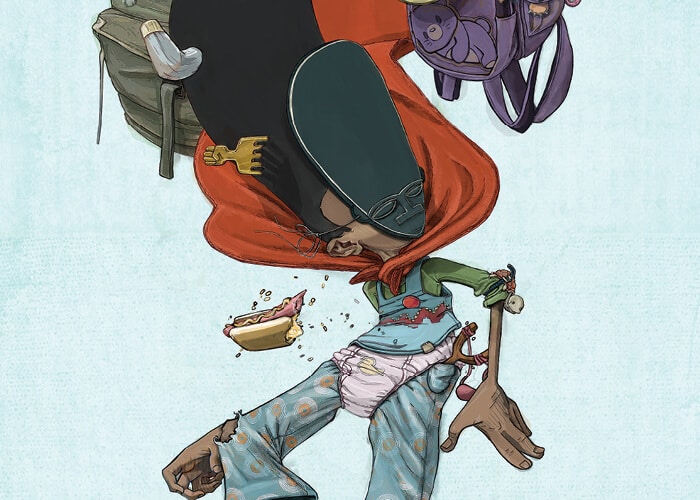 As an artist, what do you find fascinating about the creative process?

Getting inspiration from a surprising source, mostly from things unrelated to what I do. The juxtaposition of the familiar and unfamiliar – that moment of meeting whereby your brain has to make connections. We spark people’s imaginations when we’re successful in making these connections.