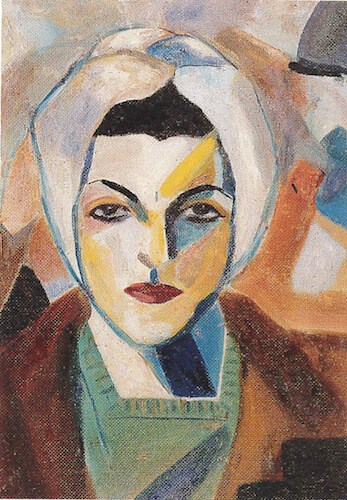 Saloua Raouda Choucair was 97 when she had her first show at the Tate Modern. 150 works were exhibited, spanning a 70-year career. The works had been stored in the artist’s flat in Beirut and were widely, if belatedly, acclaimed for their “elegance and rigour.”

Belittlingly once regarded as Fernand Léger’s student, the fact of the matter is that, unlike Léger, Choucair never sought to abstract a perceivable world. Largely aniconic, her art nurtures a peculiarly Arabic vision. “The Arab never took much interest in visible reality,” she said. “Rather, he searched for beauty in the essence of the subject, extracting it from all the adulterations that have accumulated since the time of the Greeks.”

These adulterations remain with us today. Indeed we are consumed by them. Our world is an inauthentic replica, our hearts and souls the monstrous doubles of this replica. In Choucair’s world, however, it was the idea of purity that was coveted; a purity perceived in geometry – in number, line, surface, and breadth – the perception of art as a cosmic graph.

As Miranda Lundy notes in Quadrivium: Number, Geometry, Music, Heaven, “Islamic patterns speak of infinity and the omnipresent centre.”  This view, which finds divinity in abstraction, can also be found in the trefoils and quatrefoils of the windows of the Chartres and Rheims cathedrals. That is, in the Byzantine nature-inspired patterns which also inspired Arabic text and pattern.

In her 1951 manifesto, How The Arab Understood Visual Art, Choucair was keen to scupper the Western-centric claim to Modernism and abstraction. However, notwithstanding the divergent claims to provenance, it is now acknowledged that Choucair is one of the preeminent Modernist’s of the 20th century. The enormous appeal of her work at the Tate Modern meant that the show’s run had to be extended. I am certain she was greatly satisfied by this belated celebration, even though throughout her life she proved a firebrand – refuting the claim that her work “showed European influence.” As far as she was concerned her work was “universal, modern, Arabic.”

Inspired by the Beirut tower blocks about her, works such as Structure with One Thousand Pieces (1966-68) evoke fragility, connectedness, a modular aggregation of fraught parts, a beauty of line and symmetry wrought from nature and ruin. 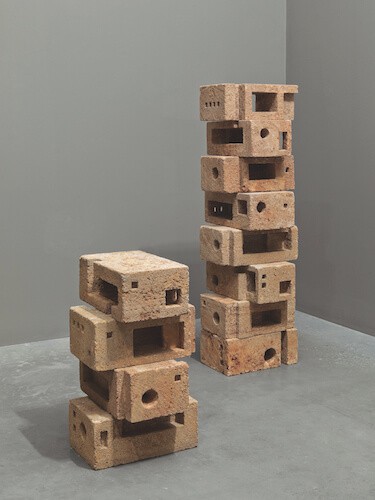