Lizette Chirrime’s Waterfall installation at Greatmore Studios could have been an omen for a problem that would revisit some of the populace in Cape Town. Despite the heavy rainfall over this past winter water in Langa was shut off over the weekend without warning. Johannesburg is also facing a water crisis less than a year after the Western Cape. This makes a timely viewing for the ‘Towards a Sentimental Cartography of Water’ exhibition curated by Stefan Vicedom.

The curator was kind enough to interrupt his hiking tour of the Drakensberg mountains to talk to ART AFRICA about how the exhibition was conceptualised and elaborate further on the concept of sentimental cartographies etc. 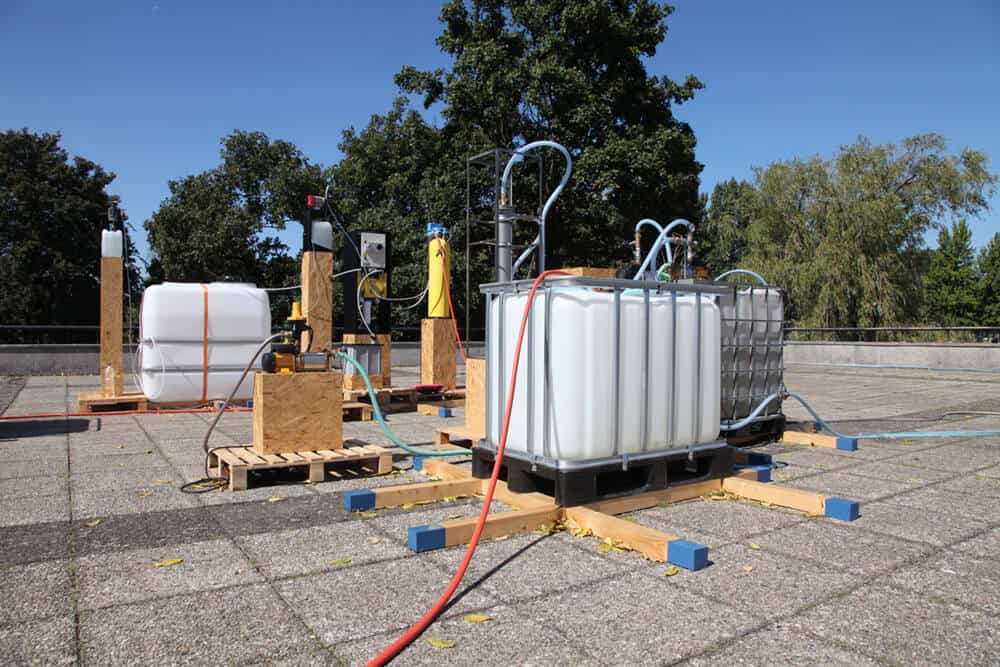 ART AFRICA: How was this exhibition conceptualised?

Stefan Vicedom: Given an increasing urgency of environmental issues, my curatorial focus has shifted to current ecological developments and how they’re reflected in the contemporary art practice over the last two years.

One main project I curated in this context was the exhibition ‘There Will Come Soft Rains’ which explored the scenario of a non-human world at Frankfurt am Main at the beginning of 2018. So, when the opportunity for a curatorial residency at the Greatmore Art Studios in Cape Town came up, it was clear to me to further work along this line.

Around that time, the latest water crisis in Cape Town just reached its peak and the looming scenario of Day Zero even received a great attention in the German media.

That was the initial point for me to have a deeper consideration of the complexity of water issues. But during the first research, I also recognised that this topic is not only related to Cape Town but implicates several developments of global scale.

I decided at a very early stage that an exhibition about the ongoing water issues should have a more global character – exactly as the element of water itself does. So, the concept of the exhibition basically included two crucial stages for me. The preparation in Germany which focused on general aspects of current water issues and my residency-based research in Cape Town that connected these insights with the perspectives of the local context. 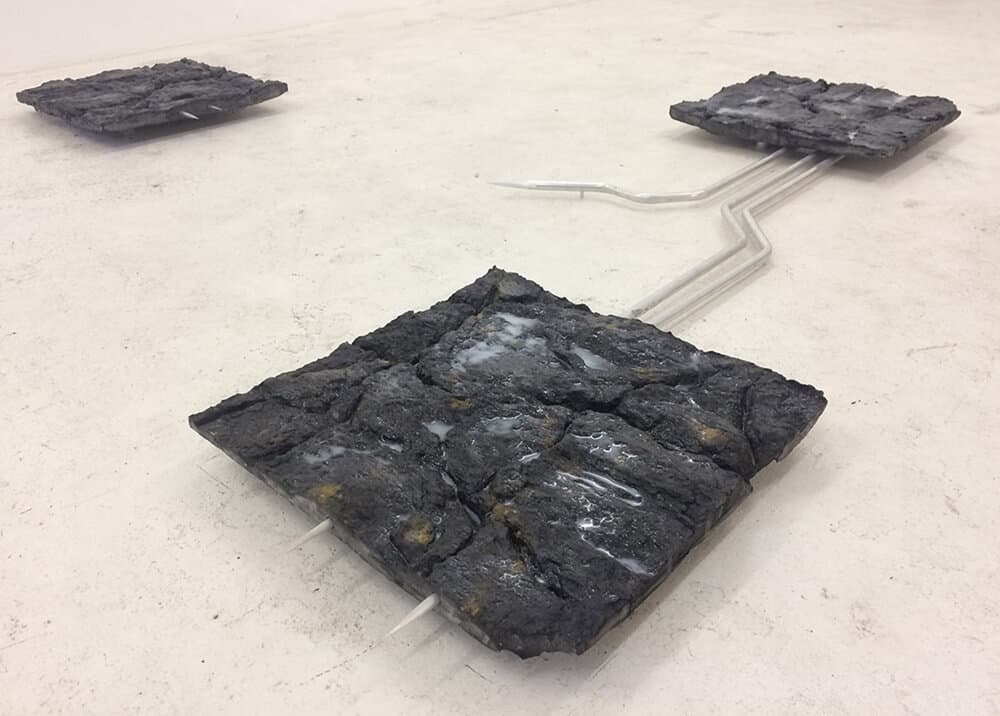 Dennis Siering, No Maps for These Territories, 2018. Courtesy of the artist.

The approach of the exhibition loosely refers to the concept of sentimental cartographies which marks a popular method for interpreting complex present-day phenomena? Can you please elaborate on this?

The exhibition seeks to find new points orientation using the idea of mapping. Common cartographies impart orientation by objectively translating visual symbols and structures the subform sentimental cartographies extends this concept by including immaterial and speculative phenomena as well as subjective perspectives. A premier example of sentimental cartography is the Map of Love in which French philosopher Madeleine de Scudéry illustrated the landscape of human emotion in 1654.

In the 20th century, the idea of sentimental cartography also was picked up by artists of the Situationist International who often translated physical movements into an emotional journey. Nowadays sentimental cartographies are widely used in popular culture to outline the individual experience of places and life phases as well as to subjectively map complex phenomena like the internet, sexuality or climate change.

Thus, the mapping of phenomena in a sentimental cartography allows to playfully combine scientific principles with emotional states, to enhance the factual reality with imaginary elements, and to initiate an open dialogue between the objective and subjective understanding of the world. So, it seemed a very fruitful strategy to link the exploration of issues with the idea of sentimental cartography. Not in the sense of itself taking the form of cartography. But that the artworks within the exhibition might encourage the audience to further imagine an unwritten cartography that describes our far-reaching connectedness with water. 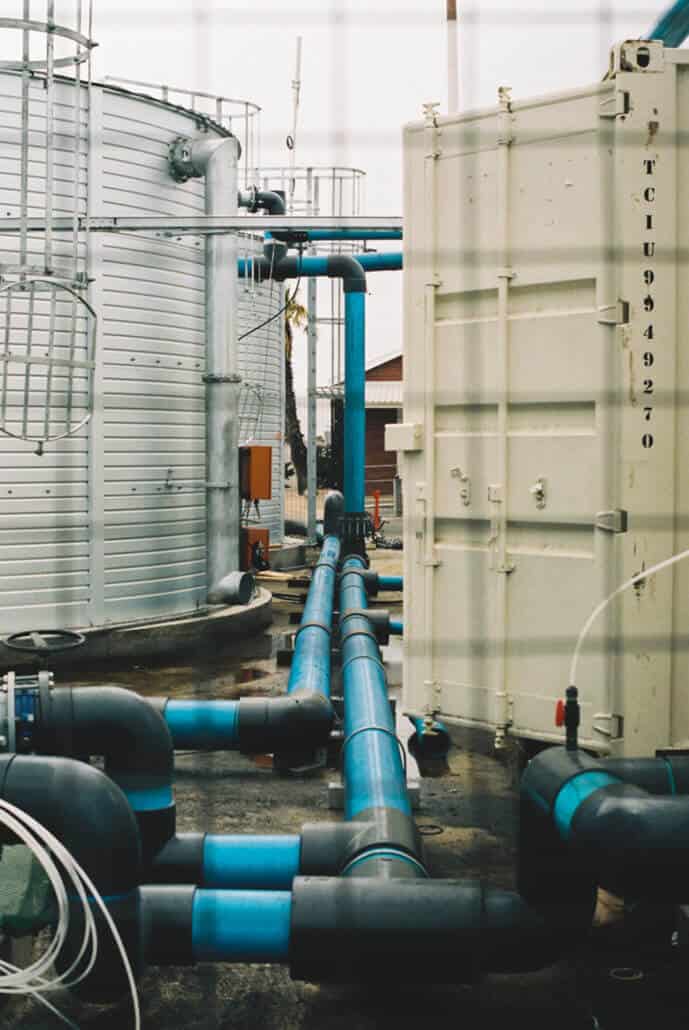 The selection of artists reflects two main implications of the current water issues, can you elaborate?

First is the global character of water which finds its expression in the dialogue the exhibition initiates between the works with different geographical and cultural backgrounds.

For example, there is an installation Beer Is the New Water by Mozambican artist Lizette Chirrime that deals with the issue of corporate control of water resources and thus directly corresponds with the work H2O by the Berlin-based artist collective Das Numen.

This kind of interaction is important to me since it outlines that the future dealing with water resources goes beyond regional or national belongings. On the other hand, the element of water also is related to an immense variety of meanings and narratives – be they historical, economic, emotional, political or scientific.

In this sense, Koleka Putuma’s work exemplarily reflects the relevance of water in the context of black spirituality, colonisation and apartheid while Dennis Sierings sculpture is inspired by a future symbiosis between nature and technology. So, each artwork I chose for the exhibition explores a level of meaning that is connected to water and hence exemplifies the diverse roles the element of water plays.