Identity Politics and Contemporary African Art: Some Lessons from the Masters

“Those who pursue art as a profession and aspire to a successful career are subject to coercion by the power and benevolence of the West into producing something that does not pose any threat to the structures of Western institutions and their philosophical underpinning,” writes Valerie Kabov. 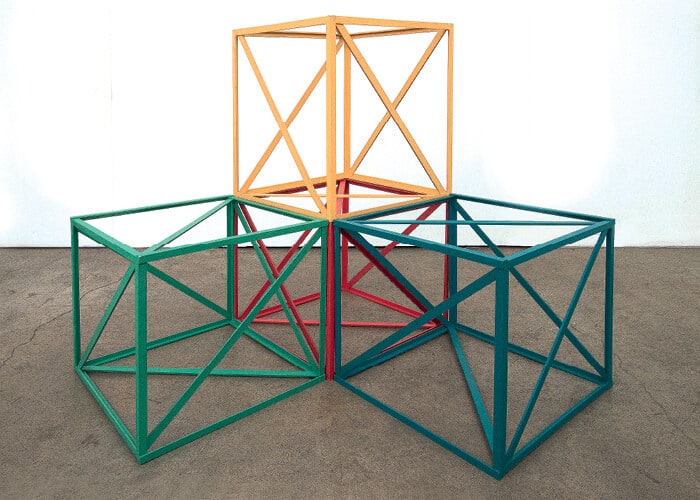 A recent headline in Hyperallergic lauded eighty-year-old Rasheed Araeen as the “postcolonial artist who invented modernism and minimalism before the West.”1 However, in his important 2010 essay, Araeen wrote, “Anyway, [in the 1960s and 70s] nobody wanted to know or understand what I had so far produced as art – even though what I had produced in the 1960s was pioneering Minimalist work in sculpture. How could I expect a system/society to pay attention to the kind of work that was not expected from those who were seen and are still seen as ‘people from other cultures’?” Similarly, in the last couple of years the world has discovered the ‘visionary’ modernist majesty of eighty-five-year-old Ibrahim El-Salahi.2 While these two masters have had the strength, the means and the perseverance to sustain their non-conformity, few emerging contemporary artists in Africa will have the same liberty. While the market is often seen as the first culprit, the current ideological pressure imposed by identity politics is no less a problem.

Identity politics came to the fore in Europe and the USA in the second half of the 20th century as a way of asserting the rights of minority groups that had been discriminated against within society. Gender bias, sexuality, race and ethnicity all became ways for people to coalesce in addressing their particular concerns. Identity politics in connection to issues of race and ethnic discrimination emerged symmetrically to independence movements in Africa and appeared to gain momentum from them. In Europe in particular, under the intellectual leadership of thinkers like Stuart Hall, this led to the introduction of multiculturalism as a means of addressing the “genuine desire of the immigrant communities to maintain their own cultural roots and assert themselves culturally through these forms.”3 Over the past several decades this ideology has had a fundamental impact on cultural policies around the world, including supranational documents such as the ‘Convention for Cultural Diversity,’ which underpins most philanthropic cultural funding in the developing world (and Africa in particular). However, identity politics have been hijacked by the establishment and are increasingly used by Western governments and their instrumentalities, “As a political tool [which is ]… not merely a response to diversity but also a means of constraining it. They seek to institutionalise diversity by putting people into ethnic and cultural boxes – into a singular, homogeneous Muslim community, for example – and defining their needs and rights accordingly. Such policies, in other words, have helped create the very divisions they were meant to manage.”4 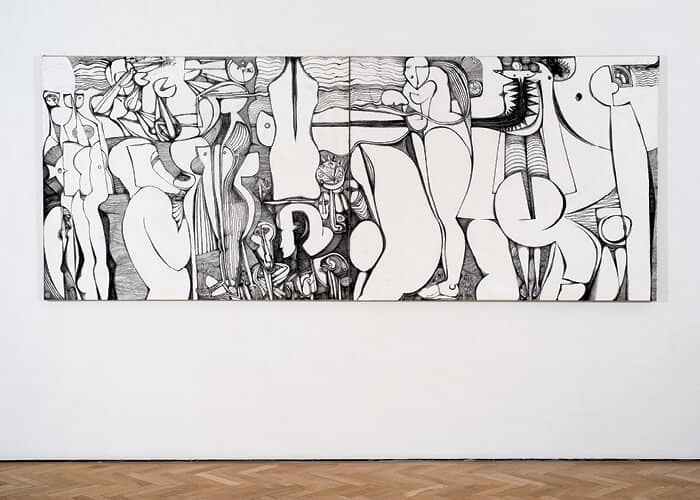 Despite failing to deliver meaningful democratisation – culturally and politically – in the West, this paradigm, viewed by some as a deft ‘divide and conquer’ strategy to maintain and protect the establishment, persists. Given the current funding structure in the African art sector, in which Western donors hold disproportionate power, it is then not surprising that identity politics dominates and circumscribes the intellectual parameters of art emerging from Africa, which is then deemed to be internationally relevant. Equally unsurprising then is that the majority of the most influential ‘African curators’ live in the diaspora, in close proximity to major funders for whom identity politics remains a useful political tool. The only thing out of sync here is that identity politics are far from being the key issue for the majority of emerging artists in Africa, many of whom are second-generation, born after independence and living in majority black countries, where asserting their rights as a race is a historical memory.

As Rasheed Araeen wryly puts it “Nor is it any wonder that most artists today have succumbed to the pressures of globalised capital and the expansion of the art market and its constant appetite for exotic objects. My point is that most of the work of contemporary artists from the Third World, whether they live in the West or in their own countries, and particularly that work now being institutionally celebrated as part of the multiculturalism of the West, is not entirely what the artists might have produced had they been free to act historically by taking a radical position in art, or even as an expression of their imagination as free individuals. Those who pursue art as a profession and aspire to a successful career are subject to coercion by the power and benevolence of the West into producing something that does not pose any threat to the structures of Western institutions and their philosophical underpinning. The success of these artists can then also be used to create an illusion of change, to show that change does not mean abandoning old cultural forms, and that people can in fact benefit from staying within the boundaries of their own cultures.”5 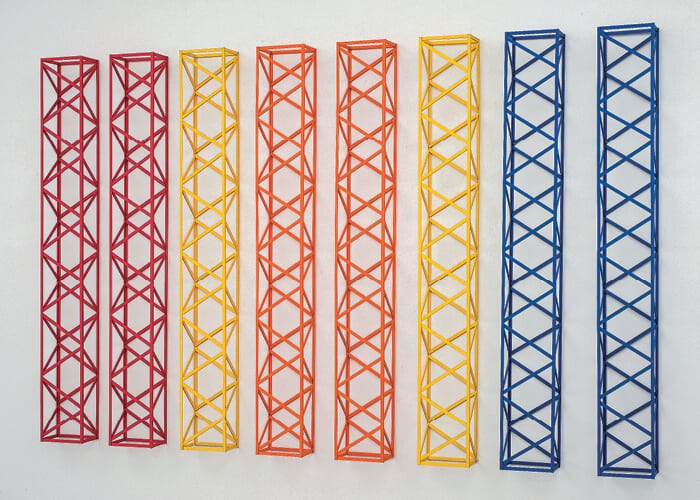 We don’t need to look much further than the theme of this year’s Dakar Biennale to prove the point. ‘Re-Enchantments,’ the international exhibition at the heart of the biennale, seeks to show an Africa and Africans that aim to re-enchant the world. The opening sentence of the call for candidates states that “Those who will participate shall be the ones who, unashamedly and without modesty, dare say to the world that they are African, despite all prejudices and eyes turned towards the continent.”6 The Dakar Biennale is the oldest and the most expansive pan-African art platform and is viewed with hope and aspiration by artists on the continent. This year’s theme, however, left many aspiring applicants feeling sidelined. They questioned how they were to understand the theme when they live in predominantly black countries. They identify with globalised culture and make work as individuals, feeling entitled to the same freedom as Rasheed Araeen. In other words, they seek to not be defined by their otherness in the fight for recognition of differences they don’t feel when engaging the international art community. Paradoxically, however, identity politics – while seeking to achieve greater self-determination and authenticity – fails to recognise personal agency, which is completely essential to artists.

It must disappoint artists living and working in Africa to see a prestigious African biennale call for artists to tick the identity box as a concession to the fact that while political independence has been won, a lack of economic independence leaves room for ideological pressure to be applied by those deemed powerful. Artists have to fit into the prevailing zeitgeist or risk being sidelined. They must learn how to become ‘African artists’ rather than artists first. As much as ticking the box can be a short term – and even medium term – resolution for careers dependent on foreign funding in a situation of scarcity, in the long term it is as rotten a foundation for building a vibrant and successful art sector in Africa as it is in Europe. 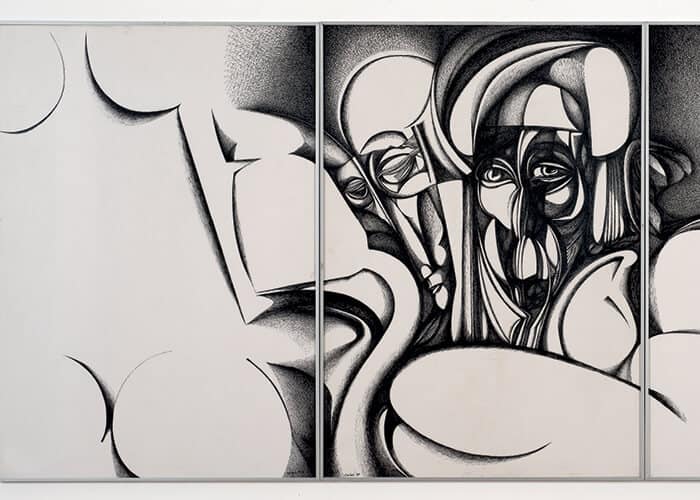 Apart from sacrificing creativity and freedom of expression (in the name of a struggle by a group that the artist has no choice in being a part of), this status quo also creates a glass ceiling for contemporary artists from Africa in the global art market. Work detached from its grassroots context loses relevance and will fail to resonate withlocal and international audiences. Audiences at home are quick to recognise ‘edutainment’ masquerading as art and will vote with their feet and, ultimately, wallets. This in turn sabotages the building of supportive domestic art markets so desperately needed across the continent.

Activism is important if we are to see meaningful change for the better. However, art’s greatest potency in this process is to be a space for “new ideas produced by individual creativity, underpinned by freedom of thought, [which] create a society able to change and transform itself into a dynamic force in history.”7 To say that artists who speak to and about their world – who feel that they are born artists first and see being African as something as natural as breathing – are irrelevant is dismissive of the vast majority of the artists on the continent today. We are dismissing the future that their grandparents fought to achieve. When el-Salahi says that he will “only measure his success in the west by the amount of movement it sparks in Africa,”8 what he means is that this is the only audience that matters and the only place where being African is not something he will ever need to prove or fight for. As we like to say in Zimbabwe, this is what 19809 was all about.

Valerie Kabov is an art historian with a focus on cultural policy and cultural economics. Her research, writing and educational practice ranges from interculturality and globalisation, emerging art sectors and sustainablity as well as art market analysis. She is the Co-Founder and Director of Education and International Projects at First Floor Gallery Harare, Zimbabwe’s first independent, international, contemporary emerging artist led gallery and educational space.

1. Ellen Pearlman, ‘The Postcolonial Artist who found minimalism before the Americans,’ 8 January, 2016, Hyperallergic

3. Rasheed Araeen, ‘Ethnic Minorities, Multiculturalism and Celebration of the Postcolonial Other,’ Beyond Diversity, Third Text, 2010, p.44

4. Kenan Malik ‘The Failure of Multiculturalism’

5. Rasheed Araeen ‘Ethnic Minorities, Multiculturalism and Celebration of the Postcolonial Other,’ Beyond Diversity, Third Text, 2010

9. 1980 is the year that Zimbabwe, won its independence and overcame the apartheid Rhodesian regime of Ian Smith.