South Africa / The Week in Review

With the grand public opening of Zeitz MOCAA in Cape Town fast approaching and the recent FNB JoburgArtFair proving a huge success at the Sandton Convention Centre, the international art scene has had its eyes on South Africa – and rightly so.

Set to be the first museum for contemporary African art on the continent, Zeitz MOCAA is housed at the southern most tip of Africa in Cape Town’s former grain silo and promises to expand on the vibrant plurality that is Africa.

Built on the collection of German businessman Jochen Zeitz, under the direction of Mark Coetzee, and from the vision of the V&A Waterfront’s CEO, David Green – ‘starchitect’ Thomas Heatherwick transformed the old silo’s elevator house and adjacent storage annex into a cathedral-like structure, at once proving an architectural feat and setting out to subvert clichéd perceptions of Africa. 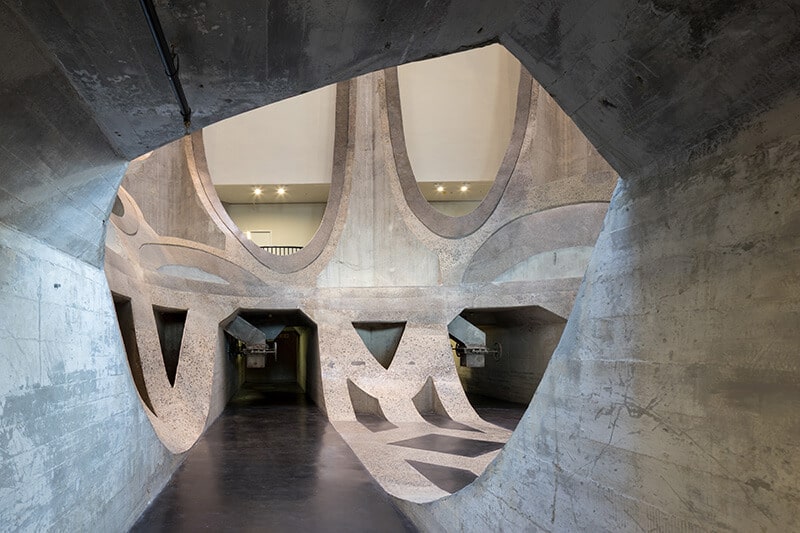 In line with the opening of Zeitz MOCAA, the FNB JoburgArtFair commemorated its tenth edition as the first international art fair in Africa, and celebrated it’s ten years with an extensive talks programme and the exhibition of sixty varying art platforms, solo booths and galleries from across Africa and the diaspora.

As part of the talks programme, Peju Alatise – winner of the 2017 FNB Art Prize – Lady Skollie, Sethembile Msezane and Zohra Opaku discussed the significance of power and black womanhood with Pulane Kingston, focusing especially on their individual and unique art practices.

Alatise described Lagos, Nigeria, as being “the ultimate muse”, stating that she would prescribe this African city to any adrenaline junkie. Her winning body of work titled o is the new + (cross), addressed the violent mob killing of four young Nigerian men in April 2012, after they were falsely accused of theft. A video of their gruesome murder was subsequently shared on social media, sparking outrage amongst the local and global community. 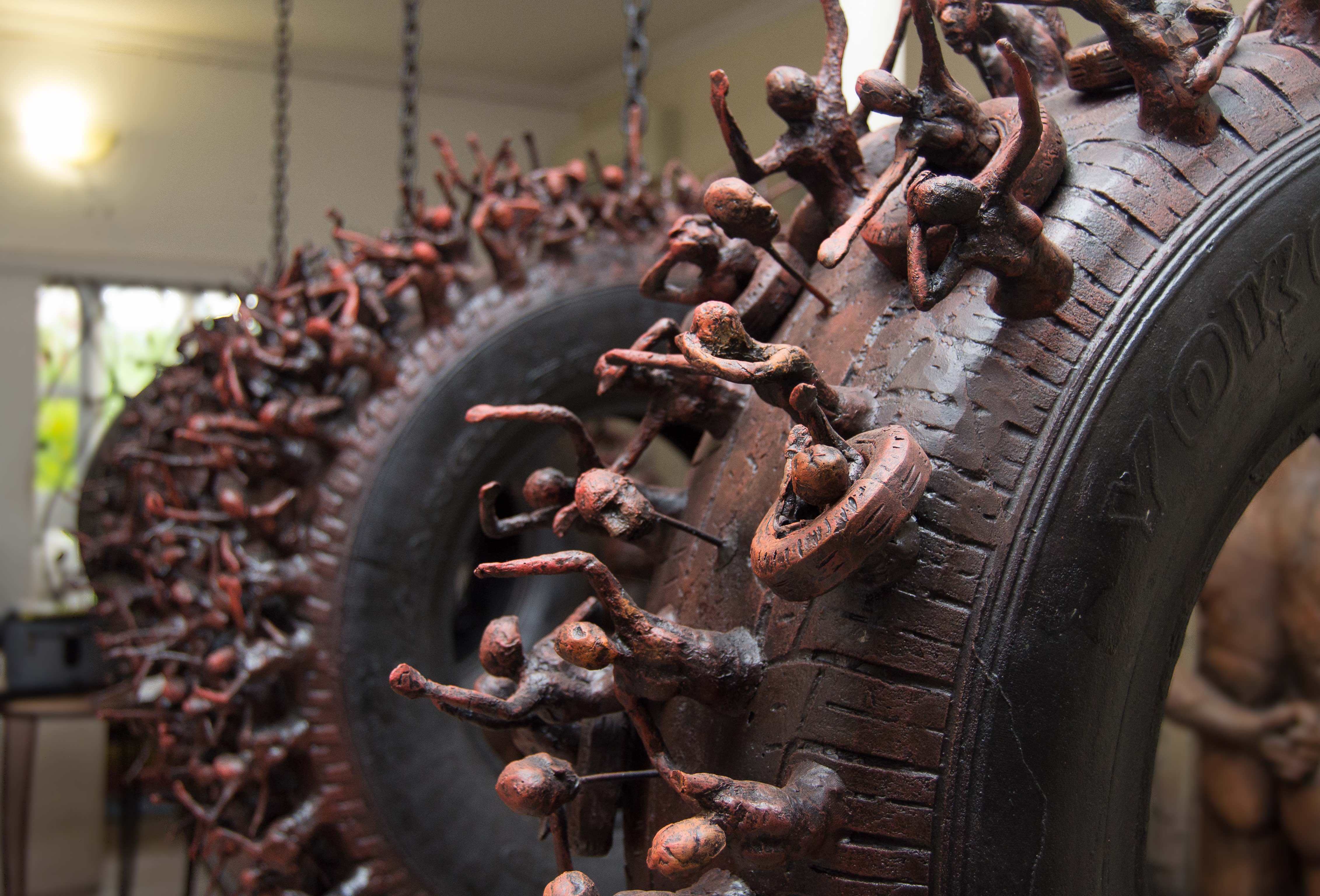 Peju Alatise, o is the new + (cross). Courtesy of FNB JoburgArtFair and the artist.

“My work is my experience and my journey on this planet – and especially so of my being in this female body,” said Alatise.

“My work also confronts the constant moral justification for the madness of the world.”

Alatise’s work, The Flying Girls, is also up on exhibition at the 57th Venice Biennial as part of the Nigerian Pavillion.

In celebration of these events – artists, curators, gallerists and collectors from across the globe landed in South Africa to be a part of these historic events – ART AFRICA touched down with a few prolific artists and patrons to hear what they had to say about their work and the significance of both the FNB Joburg Art Fair and the launch of Zeitz MOCAA. 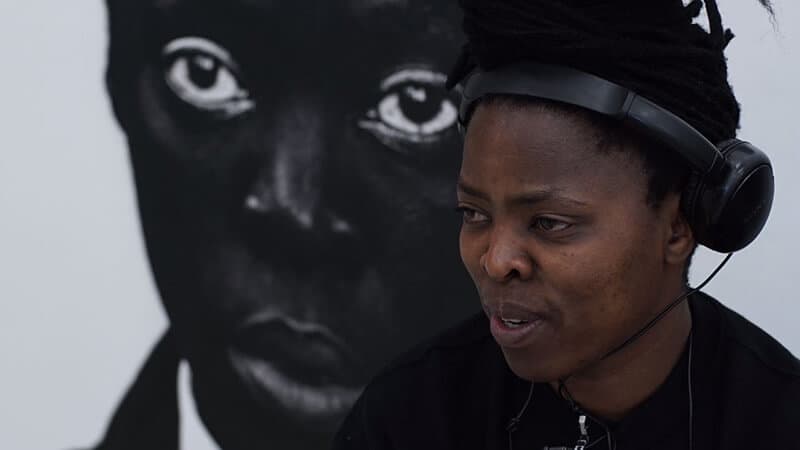 Zanele Muholi talking about her work. Photogragh: Rowan Pybus. Courtesy of photographer and the artist.

Zanele Muholi discussed her body of work, Somnyama Ngonyama – currently up on exhibition at the Stevenson gallery in Woodstock, Cape Town – in a video interview with ART AFRICA, just days before Zeitz MOCAA opened its doors for the artistic elite at their Gucci sponsored party. Muholi has her own exhibition room at the museum, where images from the series Somnyama Ngonyama are also shown. 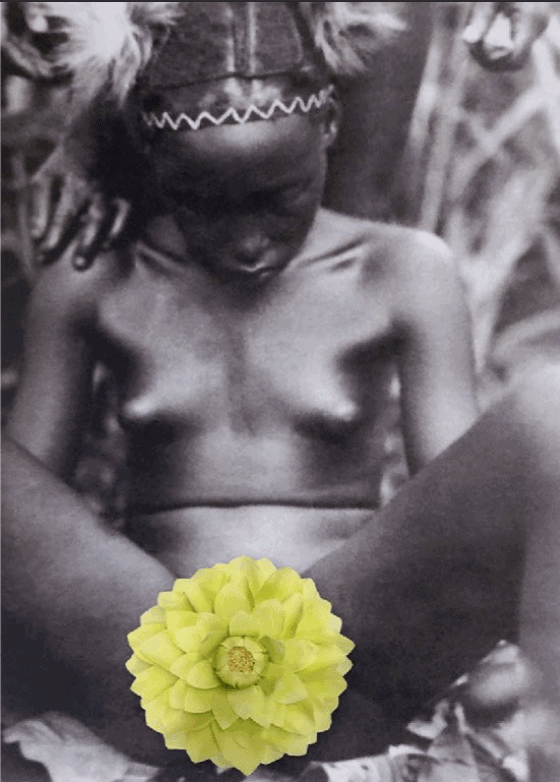 Multi-cultural Gabonese artist, Owantu, also sat down with ART AFRICA for a video interview, making sense of her controversial artwork up on exhibition at Zeitz MOCAA. The work, titled La Juene Fille á la Fleur, addresses the complex and contested issues around Female Genital Mutilation, and was sent for numerous, professional consultations before being acquired by the museum.

At the FNB Joburg Art Fair, collector and patron of contemporary African art, Robert Devereux spoke to ART AFRICA briefly about the significance of international art platforms on the continent, mentioning a few young African artists who he is excited about.

For more information, look out for these video interviews set to be featured on our website in the next few days.