‘Whose South Is It Anyway?’: Valerie Kabov’s Positioning Piece for the December Issue of ART AFRICA

The December issue of ART AFRICA, titled ‘Whose South is it Anyway?’ grapples with some pertinent questions relating to concepts of the ‘Global South,’ such as: What is considered the ‘Global South’? Who does this definition encompass and what are its effects? And, increasingly, are these definitions and delineations even still relevant?

This particular edition takes its name from this positioning piece by Valerie Kabov, ‘Whose South is it anyway?’ Kabov lends an indispensible voice to this issue, both as the founder and director of First Floor Gallery (Harare) and, we’re pleased to announce, one of our team as an ART AFRICA Editor-at-Large!

This article is available in the December issue of ART AFRICA, now on shelves across South Africa and available via international subscription. You can now also purchase a copy via our convenient electronic payment form! SUBSCRIBE or BUY A COPY today! You can also access this exclusive content in the December digital issue, available for download from the ART AFRICA app, HERE for Apple and HERE for Android. 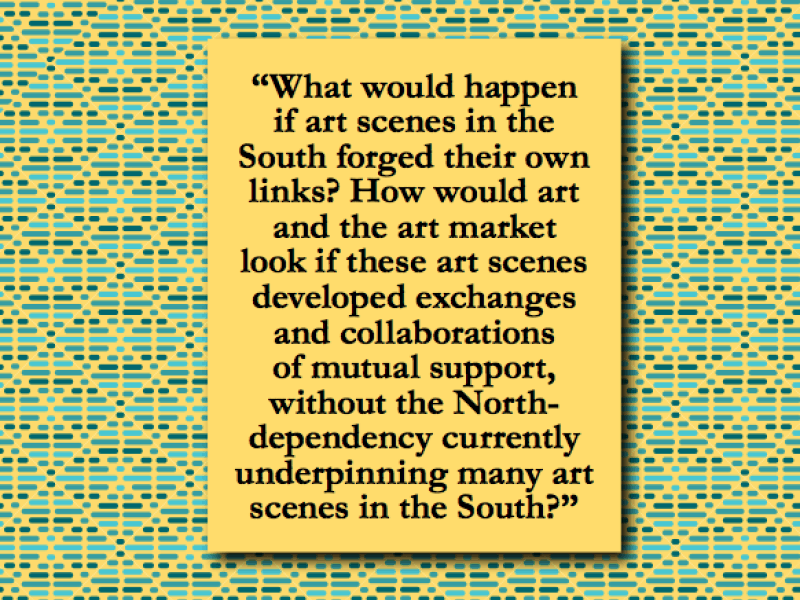 Terms like ‘Global North’ and ‘Global South’ are deceptive in their simplicity. The duality creates an illusory perception of parity but in demographic reality, the Global South is home to more than eighty percent of the global population and ninety percent of the global population under twenty- five. It has also become synonymous with ‘emerging markets’ for resources, services and commodities; one of which is contemporary art. In terms of contemporary art, the Global South has materialised as a place of discovery for the fresh, the new and the exciting.

Currently enjoying the limelight, African contemporary art is the latest in a series of ‘discoveries’ which have drawn attention and share of the art market to artists from the BRICs1 to the Middle East. While this attention is deserved and, in fact, overdue it raises a number of questions about the terms of engagement and interaction within the international art community, in which the division between the North and South is often subsumed in the all-encompassing ‘art market.’

Unlike geography and demographics, the bulk of global art market capital resides in the North. To this end, one need only cast an eye at the influential Art Review Power 100 – a list of the most influential stakeholders (collectors, artists, gallerists, curators, organisations) in the international art world. The 2015 ranking includes only eleven Southern members and even among those, at least three (Okwui Enwezor and RoseLee Goldberg, for example) are based in the North.

Consequently, what we call the ‘new attention’ for art of the South is, in fact, recognition and validation by the North. To put it another way, it is the North which by-and-large decides when and what sells, is discovered, collected and exhibited. Reading a recent headline in The New York Times about ‘putting contemporary African art on the map’2 or Valerie Marin La Meslee’s Londre est le capital de l’art contemporaine africaine3is a terse reminder that, when it comes to art, David Livingston is still inventing Victoria Falls in 2015.

In recent years, the positioning art of the South within the Northern art world, while certainly creating some opportunity for Southern artists, has neatly enabled its monetisation. Concurrently, it has also created a new layer of cultural domination and dependency, this time through aesthetic, intellectual and cultural priorities. Many of the key online platforms presenting African contemporary art to the world are generated in the North and designed to be marketable to Northern audiences and funder imperatives.

South America, the Middle East and China have led the way in building up their own substantial markets and institutions for contemporary art, empowering them to support and foster artists without having to shape their work to external parameters. The strength of institutions such as the São Paulo Biennale and the Sharjah Biennale point to progress but most artists living in the South cannot, at present, have the benefit of such leverage or infrastructural support. This lack of leverage and support makes them vulnerable to commercial pressures to alter the way they make their work and why. This vulnerability extends not only to the content of their work, but also to their relationship with their grass-root audiences. It is vital that we remain cognisant of the key roles that artists play within their own cultures and communities, which may not always fit neatly into the Northern paradigm. 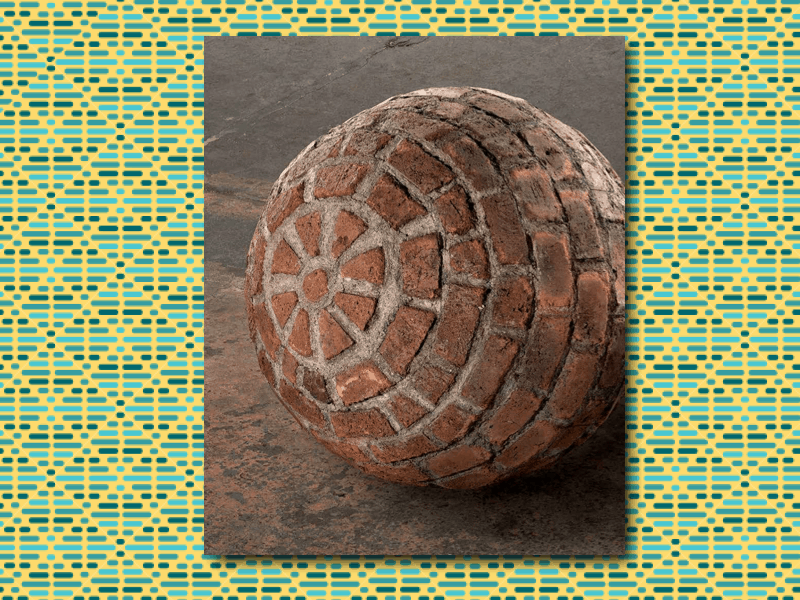 While the injection of capital into emerging markets can and does help build up infrastructure for domestic art scenes, it is undermined by the fact that the North remains pivotal to art interactions and the setting of art agendas. The easiest paths for engagement and exchange in (and between) any one country in the South are still found along former colonial or neo-colonial lines. In many emerging art scenes, from South America to South East Asia and Africa, local culture-related funding remains sparse and the resultant dependency on Northern funding is prominent.

Whether German, Portuguese, Spanish, English or Swedish, this funding prioritises links with the home country rather than interaction between the regions comprising the ROW4. As a result, the interactions between the art scenes of the South are, at present, insufficient to create a meaningful shift in the art economy away from the North or to become genuinely representative of the South.

Another major concern is that the North, in addition to shaping the art of the South through the market, will become the repository of the best examples of art from the South, thereby shaping its future and writing its art history. In this context, Africa is particularly at risk. While we celebrate the record numbers of African artists at the Venice Biennale, it is Venice – not Istanbul or Shanghai or Dakar – that is the world’s most important Biennale. Closer inspection reveals that highly visible artists from the South are almost exclusively represented by galleries in the North, meaning that financially the North is still the primary beneficiary of the increased attention.

Given that talent (similar to population) is not distributed along economic lines, it is safe to assume that most of the world’s present-and-future talent resides in the Global South. What would happen if art scenes in the South forged their own links? How would art and the art market look if these art scenes developed exchanges and collaborations of mutual support, without the North- dependency currently underpinning many art scenes in the South? This scenario could well be the most interesting artistic future, one we can work towards establishing today, and the most representative and culturally equitable one.

These are some of the issues underpinning the current state of the Global South and its relationship with the international art world. The way that we in the South debate and address them will shape the direction of the art market and art history globally. While North-South definitions essentially revolve around economic division, it is important to remember that the world will be a poorer place if artists of the South become yet another pathway for global cultural homogenisation.

Valerie Kabov is an art historian with a focus on cultural policy and cultural economics. Her research, writing and educational practice ranges from interculturality and globalisation, emerging art sectors and sustainability as well as art market analysis. She is the Co-Founder and Director of Education and International Projects at First Floor Gallery Harare, Zimbabwe’s first independent, international, contemporary emerging artist led gallery and educational space.