William Kentridge back at Eye Filmmuseum

In 2015, the South African artist William Kentridge donated 10 Drawings for Projection (1989-2011) to the film museum. These ten short animation films marked Kentridge’s breakthrough on the international art scene. Illuminating the eventful history of South Africa, these films will be shown at Eye this summer as part of a larger installation. Also included in the exhibition is the film installation O Sentimental Machine (2015), featuring historical footage of Russian revolutionist Leon Trotsky. The exhibition takes place during the Holland Festival, for which William Kentridge is Associate Artist. 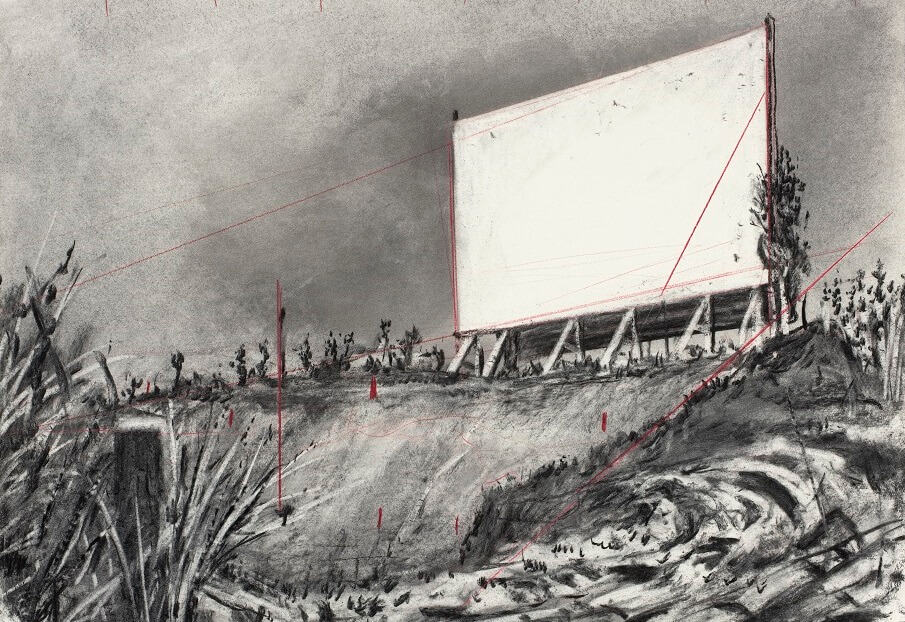 The generous donation followed the exhibition William Kentridge – ‘If We Ever Get to Heaven at Eye’ in the summer of 2015. The artist was impressed by the quality of that presentation and the richness of the Eye collection. As a gesture of appreciation, he decided to donate all works from the series 10 Drawings for Projection to the museum.

A recurring theme in the series – with films such as Johannesburg, 2nd Greatest City After Paris (1989), Felix in Exile (1994) and Other Faces (2011) – is the recent history of South Africa. The starting point for the animations is a series of charcoal sketches that Kentridge draws, redraws, erases and thus sets in motion. They allude to events such as the Sharpeville massacre, the release of Nelson Mandela and the abolition of Apartheid.

10 Drawings for Projection (1989-2011) marked Kentridge’s breakthrough on the international art scene as an engaged artist with a deep concern for developments in his native country. ‘I have never tried to make illustrations of apartheid,’ he said in an interview, ‘but the drawings and films are certainly spawned by and feed off the brutalised society left in its wake. I am interested in a political art, that is to say, an art of ambiguity, contradiction, uncompleted gestures and uncertain endings.’

Leon Trotsky in front of the camera

O Sentimental Machine, made by Kentridge for the fourteenth Istanbul Biennial (2015), is a remarkable film installation featuring five projections. It reconstructs the office of the revolutionist Leon Trotsky, who appears in various historical film fragments. For these, Kentridge selected material from the Eye collection, including footage of Trotsky delivering a lecture on the future of communism. From the same collection, Kentridge took fragments from home movies by Nicholas II, Russia’s last czar.

The exhibition also features a number of large wall tapestries that Kentridge produced at a local weaving mill in Johannesburg. His motifs include collages of maps and characters from his work.

William Kentridge – Ten Drawings for Projection, 3 June to 1 September 2019, Eye Filmmuseum, IJpromenade1, Amsterdam. The exhibition is accompanied by a public programme of films, interviews and lectures; William Kentridge will attend as a guest and interviewee.