If you happened to be standing on the banks of the Tiber River on 21 April 2016, you were most likely witness to the latest and largest of William Kentridge’s artworks, ‘Triumphs and Laments,’ a 500 meter-long frieze, created by using stencils and a high pressure hose to erase the biological patina on the travertine embankment walls that line Rome’s urban waterfront. 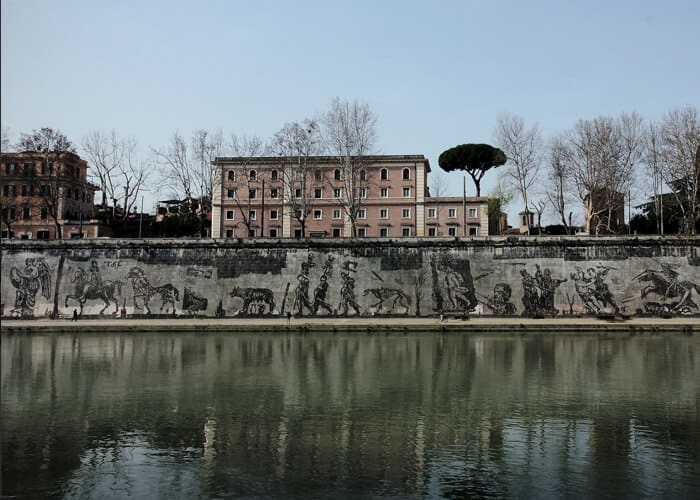 The event took place on Natale di Roma, the city’s 2,769th birthday, with a theatrical programme created by Kentridge and his longtime collaborator, composer Philip Miller. Set before a backdrop of eighty figures — some ten metres high — two elaborately dressed marching bands cast their sillhouttes amidst the depictions of some of Rome’s greatest victories and defeats, from mythological time to present. An exploration of the dominant tensions that have existed throughout the cities history, the event’s significance was made tangible by the procession, whose shadows intermingled amongst historic figures, old and new. 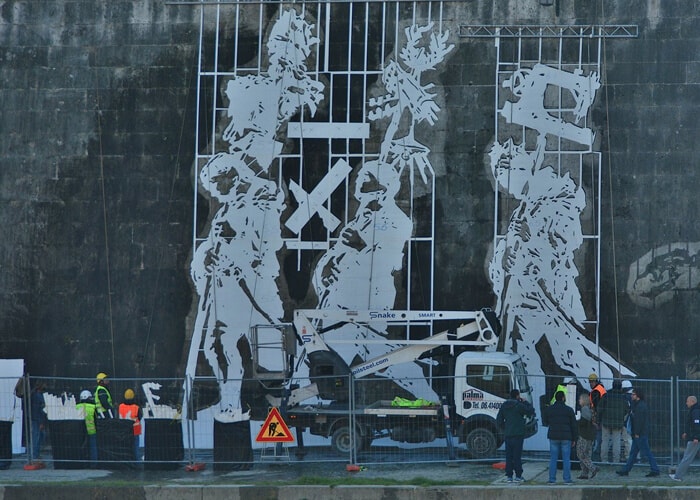 The idea to use this section of Tiber River first came about through the New York artist Kristin Jones in 2002. Whist she was on a Fullbright in Rome, Jones recognised that the stretch between the Ponte Sisto and Ponte Mazzini bridges had the same dimensions as the Circus Maximus. As a result, she campaigned to turn the space into a venue for public performance, culminating in the formation of TEVERETERNO in 2005, a multidisciplinary non-profit organisation dedicated to the first and largest public space for contemporary art on Rome’s urban waterfront. TEVERETERNO was founded on the belief that art can be a powerful catalyst for urban transformation, with Kentridge’s engagement acting as a reminder that one’s life is inextricably linked to the past, a past which we are continuosly creating anew. 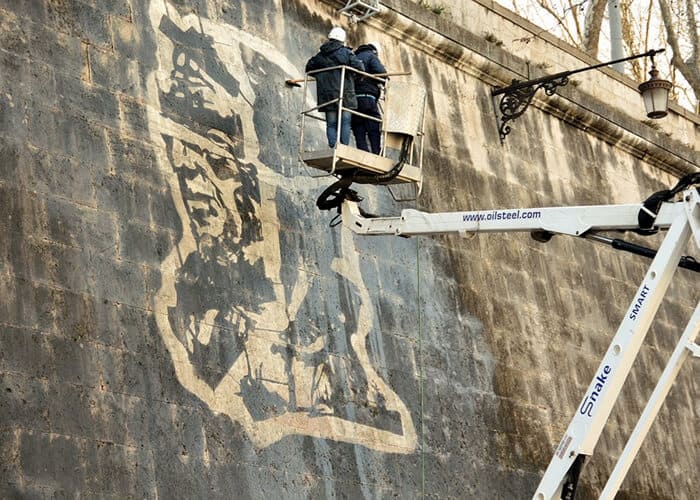 Working with a diverse team of Italian and international volunteers, universities, academies, and local and foreign institutions, Triumphs and Laments demonstrated enormous interest and generosity in giving to a project that speaks of Rome and its history. The Kickstarter campaign alone managed to raise $95, 078. While this amount was only a fraction of the money raised by corporate and private funding (which, according to an article written by Diane Ketcham for Art In America magazine), amounted to a whopping € 800 000, the amount of money raised by the Kickstarter campaign is evidence of the amount of public support the project received.

Represented by Galleria Lia Rumma in Italy, Marian Goodman in New York, and Goodman Gallery in South Africa, Kentridge has staged and produced major theatrical and operatic works throughout the world, with Triumphs and Laments being his most ambitious project to date. As an ephemeral work, it is expected to last anywhere between six to ten years before nature reclaims the wall. 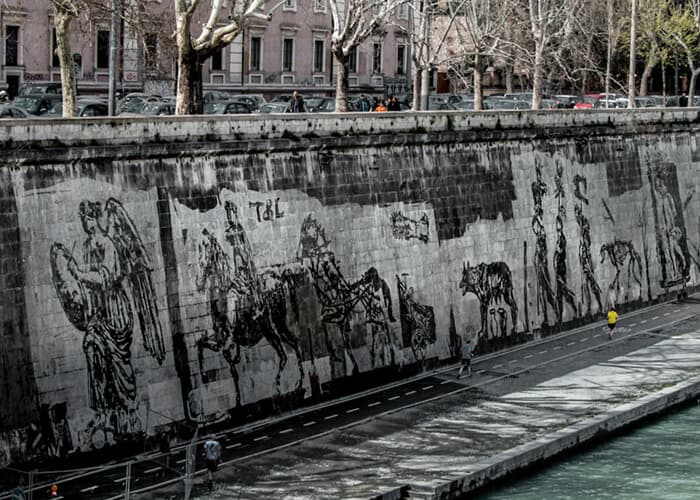