Four out of the five prizes were awarded by a jury composed of leading figures from the continent’s artistic scene:

The jury members met this morning and awarded the following prizes: 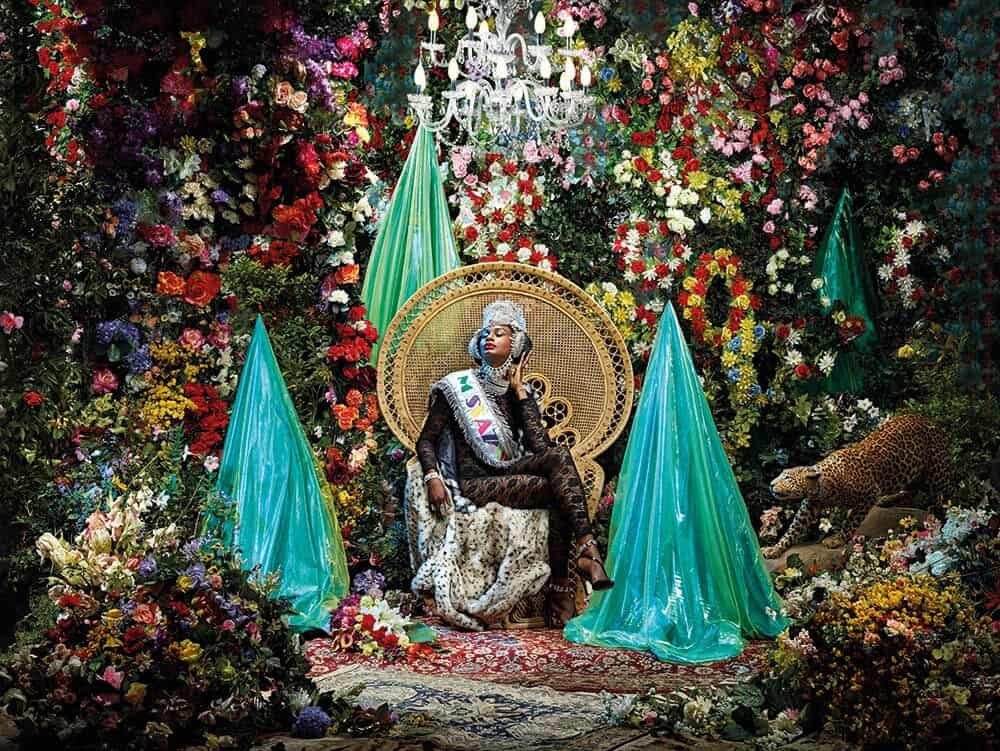 Athi-Patra Ruga has been awarded the Seydou Keïta Prize, Grand Prize of the Rencontres de Bamako Awarded by the Malian Ministry of Culture, this €5,000 prize is awarded to Athi-Patra Ruga, whose work is presented in the the Pan-African exhibition.

Born in 1984, in Umtata, South Africa. He lives and works in Johannesburg and Cape Town, South Africa. Exploring the boundaries between fashion, performance, and contemporary art, Athi-Patra Ruga reveals and subverts the body in relation to structures, ideologies, and politics. An internationally recognized artist, his work has been exhibited at the Moscow International Biennale for Young Art (Russia), 2012, as part of the South African pavilion at the 55th Venice Biennale, 2015, and at the Fondation Louis Vuitton (Paris, France), 2017. He held his most recent solo exhibition at the Bass Museum of Art in Miami (United States) in 2016. He is represented by the In Situ Gallery-Fabienne Leclerc, Paris (France) and WHATIFTHEWORLD/Gallery, Johannesburg/Cape Town (South Africa).

Awarded by the Organisation Internationale de la Francophonie (OIF) this €3,000 prize is presented to the young Francophone photographer Julien Creuzet. He will also receive assistance from the OIF for a specific project of his choice.

Born in 1986, in Blanc-Mesnil (Ile-de-France), France. He lives and works in Fontenaysous-Bois (Ile-de-France), France. Julien Creuzet is a graduate of the Ecole des BeauxArts in Caen, and a post-graduate of Fresnoy and the Ecole des Beaux-Arts in Lyon. A poet and plastic artist, he explores Caribbean geography and heritage by way of installations made up of composite arrangements (an assortment of objects, photographs, and videos). His work has been presented in many solo and collective exhibitions, including at the Centre Dramatique National in Caen (France) and the Kampala Art Biennale (Uganda) in 2016, and at the Lyon Biennale (France) and the Festival Hors Piste at the Centre Pompidou (Paris, France) in 2017. 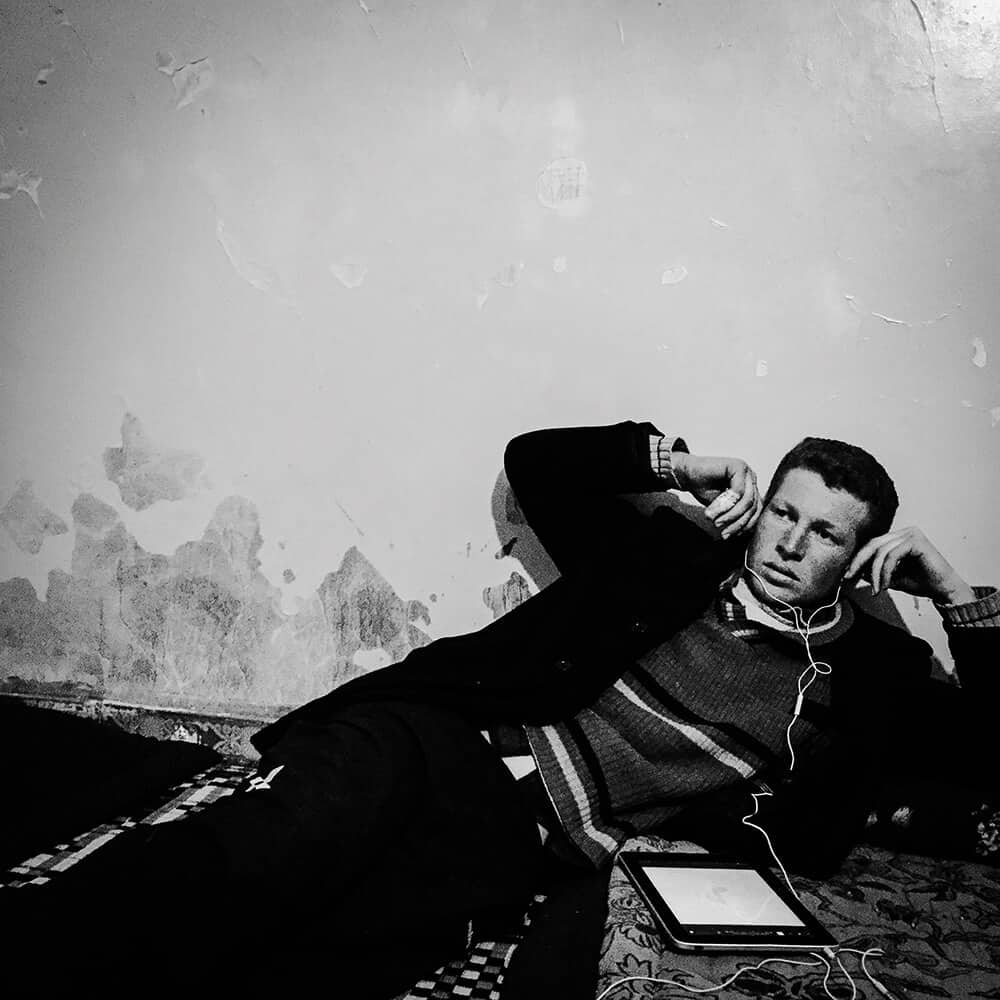 Fethi Sahraoui has been awarded the Léon l’Africain Prize

Awarded by Royal Air Maroc, this €2,000 prize is presented to an emerging artist living in Africa whose work illustrates social issues. Fethi Sahraoui has been awarded this prize.

A self-taught photographer, Fethi Sahraoui studies American civilization at the University of Mascara (Algeria). Working solely with his iPhone, he seeks to document his country through a series of urban chronicles that allow plenty of room for personal narratives. He is also part of Collectif 220, which questions the status of documentary images. In 2017, his project Mercedes Island received the Friends of the Arab World Institute Award for Arab contemporary creation. He also participated in the Iqbal exhibition at the Museum of Modern Art in Algiers (Algeria), curated by Bruno Boudjelal.

Awarded by the Institut Français, this €1,500 prize is presented to Gabrielle Goliath, whose work was selected for the Pan- African exhibition.

Born in 1983 in Kimberley, South Africa. Gabrielle Goliath lives and works in Johannesburg, South Africa. Gabrielle Goliath is a multidisciplinary artist and graduate of the University of Art in Witwatersrand. Her work takes a critical look at the social preoccupations of her country, in particular on questions of gender and those related to violence against women. She has been widely exhibited internationally and represented in large biennials such as Dakar Biennial (Senegal), in 2012. She has won several prizes, and her work features in many public and private collections including the Iziko South African National Gallery, the Johannesburg Art Gallery, and the Wits Art Museum. She is represented by Goodman Gallery, Johanesburg/Cape Town (South Africa).

Created for the 2017 Rencontres de Bamako, this prize enables a student from Bamako Conservatoire des Arts et Métiers Multimédia to study at Le Fresnoy – National Studio for Contemporary Arts in Tourcoing for two years, by means of a scholarship. Le Fresnoy, the Institut français, the cultural department of the French Embassy in Mali and the Bamako Conservatoire des arts et metiers multimédias came together to honour Bakary Diallo, a student at the CAMM and Le Fresnoy between 2010 to 2012, before his untimely death in 2014.

Moïse Togo is a student at the Bamako Conservatoire des Arts et Métiers Multimédia. He has been awarded the Bakary Diallo Prize.

Organised by the Malian Ministry of Culture and the Institut français, the Rencontres de Bamako is the principle event devoted to contemporary photography and new forms of imagery in Africa.

A platform for discovery, discourse and visibility, it is a key opportunity to present African photographers and offer an occasion of dialogue with the Malian public and with professionals from all over the world.

Since it was created in 1994, the Bamako Biennale has become a major feature of cultural life in Africa and amongst its diaspora. It has contributed to the unveiling of African photography and bringing it to the forefront of economic and social development. Many renowned photographers (such as Malick Sidibé, Pieter Hugo, Samuel Foso and more recently Baudouin Mounda, Kiripi Katembo, Mimi Cherono, Lebohang Kganye and Omar Victor Diop) who were discovered at Bamako have since developed international careers, and are now represented in the fairs, galleries, and collections of great institutions all over the world.