in News Articles 2013
Share on facebook
Share on twitter
Share on email
Share on whatsapp
Twelve diverse business and arts partnerships were honoured at the 17th Business Day BASA Awards, partnered by Hollard, held at Johannesburg’s historic The Market Theatre on the 25th of August 2014.
“Our annual awards are always a great opportunity to get a snapshot of how the arts and business are interfacing,” comments Business and Arts South Africa CEO, Michelle Constant.
“This year it’s been gratifying to see many first time winners, a widespread footprint across the country and also businesses of different sizes and types being nominated and honoured as
winners.”
Among those being recognised for the first time was Auto & General Insurance Company Limited whose support for the Auto & General Theatre on the Square earned it the First Time Sponsor Award. The company had also been a nominee in the same category for the Naledi Theatre Awards. Redefine Properties (Pty) Limited was named winner in the Development Award category for its support of the Buskaid Music Academy.
In an indication of the geographical spread of business and arts partnerships, the Arts & the Environment Award, supported by Nedbank, was awarded to Siemens (Pty) Ltd for Tree of Wisdom – a striking four-story sculpture that was erected at the Mandela School of Science & Technology (in the village of Nelson Mandela’s birth, Mvezo) to commemorate the former President’s commitment to education. The Media Sponsorship Award was won by The Witness Newspaper for The Witness Hilton Arts Festival – a three-day arts festival that takes place in the Kwa-Zulu Natal Midlands. 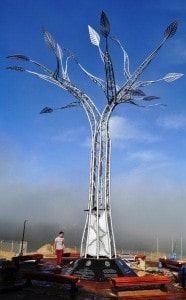 Tree of Wisdom, taken from http://www.discoversiemensafrica.com/
This year’s Small Business Award went to Buz Publicity for its work with ASSITEJ SA. Buz Publicity’s pro-bono work plays an important role in supporting an association that connects a network of entities that believe in the transformative power of theatre in the lives of the youth.
Radio Sonder Grense (RSG) was named winner of the Innovation Award for its RSG Kunstefees 2013 – a four-day arts festival that was presented on air – while the Increasing Access to the Arts Award was awarded to Rand Merchant Bank for the National School of the Arts (NSA) Festival of Fame, a five-day celebration of all forms of the arts, taking place throughout the NSA and the Joburg Theatre complex.
Alongside the first-time winners, this year’s awards also recognised businesses that have long understood the shared value of business and arts partnerships. Among these was the Long Term Partnership Award, supported by Stephan Welz & Co, which was awarded to Standard Bank of South Africa Limited for Standard Bank Jazz Festival, Grahamstown.
This year’s International Sponsorship Award went to Bank of America for Gerard Sekoto: ‘Song for Sekoto’ Exhibition, which was held at the Wits Art Museum (WAM) in 2013 while the Strategic Project Award was awarded to KPMG Services (Pty) Ltd for the multifaceted “We are KPMG” project. Finally, Adams & Adams was named winner of the Sponsorship in Kind Award for its work with Design Indaba and the Mentor of the Year accolade went to Dale Smith for his work with the Johannesburg Youth Orchestra Company.

Gerard Sekoto, ‘Song for Sekoto.’ Taken from http://www.gerardsekotofoundation.com.
“Hollard’s support of the arts ranges from the work done through the Creative Block project through Yellowwoods Arts, to support of the JPO, the Joburg Ballet and Wits Art Museum, and we do it because we know art is more than just about beautiful things for small, privileged audiences,” says Heidi Brauer, Chief Marketing Officer at Hollard.
“Although our involvement started with the deep passion of our founders, it has become clear to us over time that the arts is another avenue that helps us to be catalysts for positive and
enduring change in South African society.”
The 17th Business Day BASA Awards, partnered by Hollard, featured a performance of William Kentridge’s Tango for Page Turning, a film fragment made for the theatre piece Refuse the Hour (2012-13). Also featured was Mohau Modisakeng’s video work Inzilo and a performance by award winning jazz singer and composer, Melanie Scholtz Standard Bank Young Artist for Jazz 2010 and Andile Yenana Standard Bank Young Artist for Jazz for 2005. The Awards artwork for 2014 was created by Lebohang Kganye. Also making its presence felt was the initial engagement with BASA’s #artMOVESme’s campaign – a movable graffiti hoarding, featuring the work of artist Sindiso Nyoni aka R!OT, which invites members of the public to express how art moves them. 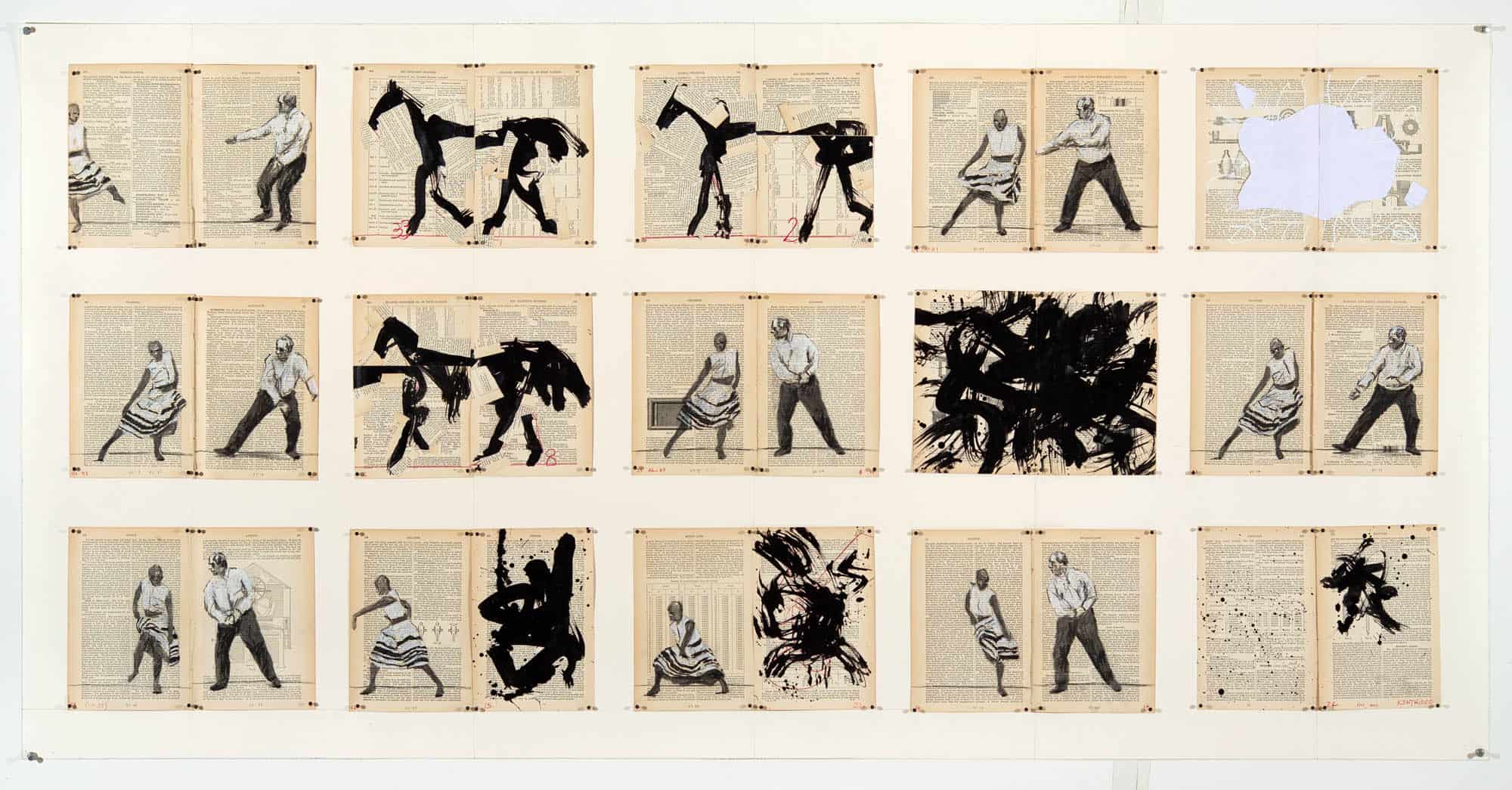