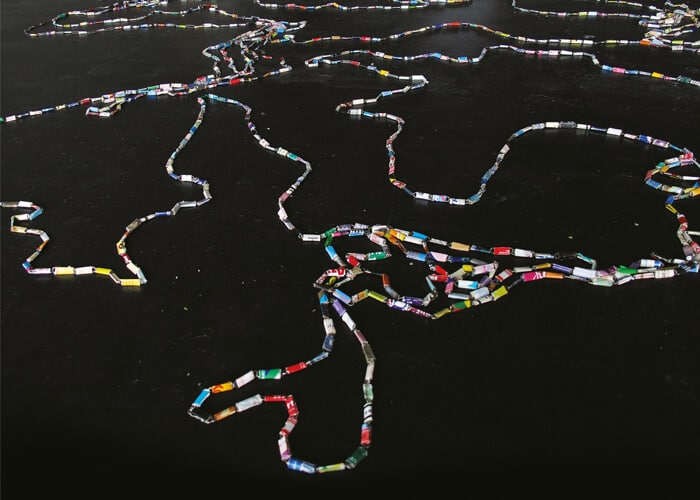 ART AFRICA: Is this your first trip to Africa and if so what are your expectations for the residency and participation in the Kampala Biennale 2016?
Wolf von Kries: I was in Tunisia about fifteen years ago, but I think Central Africa is quite different in its cultural foundation so it does feel to me as though I am going to this part of the world for the first time. Apart from a deep sense of curiosity I do not really have expectations for the residency and my participation in the biennale as I am generally more focused on the present.
The theme ‘Seven Hills’ (and the history behind this theme) must evoke many possibilities for you considering that your practice is based on the act of walking?
When I heard about the theme I was thinking more in post-colonial categories, as the term originates from ancient Rome, arguably one of the oldest colonial powers which occupied vast parts of the European continent for centuries, providing us Europeans with a common heritage that we still relate to today (sometimes in quite problematic ways). So the expression ‘Seven Hills’ seems to me more like the cultural transfer of a myth, as Kampala wasn´t built on seven hills but historically expanded to include them, only to expand further to twenty-one (or more) hills today. From a walking perspective it is less those seven hills with their historic sites that I am attracted to but the notion of expansion, the uncontrolled and unregulated growth radiating from that geographical core (and myth).
You create subtle interventions in everyday routines and ordinary objects to suggest alternative ways of reading our environment. What are some of these interventions and what kind of objects will you be looking for in Kampala?
I sometimes work outdoors because I prefer the immediate response of a passer-by to the informed art crowd visiting a gallery. Out on the streets the question isn´t whether it is good or bad art (or art at all for that matter). It is just about creating a sense of irritation that someone walks home with. For this reason, I generally prefer my interventions to be subtle (often nearly invisible) and of limited duration, to be discovered rather than confronted with. 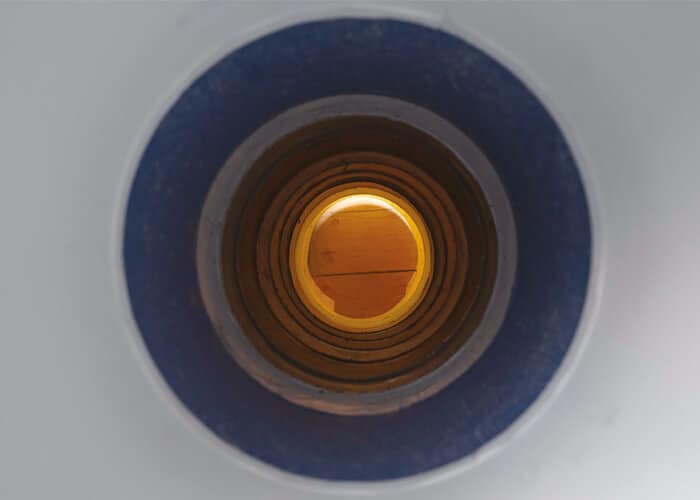 Wolf von Kries, detail of Bottomless Buckets. Eleven paint or construction material buckets, with the bottoms cut out, stacked on top of each other and suspended 1 cm off the ground. 35 x 35 x 165 cm.

In the project Genesis, for example, I arranged two identical piles of trash twenty metres apart on a street in Paris, creatinga sense of déjà-vu but ultimately leading to questions of the manipulation of our everyday life, or about industrial production and consumption patterns. For another project (Flag) I used a silver space emergency blanket as a flag, which was flying from a fifteen-meter flag pole in front a vast empty lot in a city in western Finland, linking issues of corporal and geographic territories and the underlying power structures connecting the two – the material for space emergency blankets was developed by NASA for their Apollo 13 mission to the moon. In Beijing I installed a little jade tortoise on the middle of the street of the then outer third ring still under construction (Achille ./. Tortoise). After the installation it was probably less seen than felt, a small bump by the cars passing over it. In Eastern Asian mythology the world was built on the back of a tortoise. The creature is also considered a symbol of longevity and slowness. Placing this symbolic obstacle on the highway ring was also commenting on the large scale destruction of traditional settlements and social fabric that came with the rapid modernization and expansion of the city.
When it comes to interventions as possible contributions to the Kampala Biennale it is impossible to say at this point what I will focus on because my working practice is less based on searching but rather on finding and relating. I did of course do some research in different areas to prepare my stay but it will serve as a basis for what I will find once I am confronted with the actual real life situation.
Your approach encompasses walking, gathering and (re) interpreting or juxtaposing your finds with phenomena of seemingly unrelated fields and disciplines. During residencies, how do you approach this considering you are in an environment that is usually not familiar to you?
Finding myself in a new environment is one of the main reasons why I do residencies in the first place. It is a condition that leads to a heightened sensitivity, but also a sensibility that is mostly absent in my familiar environment, creating an existential awareness of me being in the world. That being said, this approach is also difficult because despite its intensity it entails a necessary sense of shallowness because (even with thorough research) I cannot but scratch the surface of the life that I am surrounded by and that I am trying to understand and negotiate. It is a very thin line between the trap of “residency art” that often comes with the painful ignorance of cultural touristic excursions and trying to actually say something authentic and relevant. It becomes even more difficult considering that some of the things that I may find fascinating from my own cultural perspective appears to be commonplace and ordinary to the local culture I am dealing with. I don´t think there is a general strategy to avoid these traps nor am I always successful in avoiding them. I think it is important to acknowledge and incorporate that ignorance while maintaining my own methodology and language of expression.

Research residencies and travelling (formerly Mexico, India, Brazil and Korea) have become an integral part of your working practice. What kind of influence do these different locations have on the work you end up making?
I think every culture leaves an imprint on my artistic practice and determines how I approach future projects. Being elsewhere is above all a process of learning. Learning about the undercurrents of different cultures, the varying perceptions of time or space and the highly complex social relations that determine the way people are organising their lives and daily routines. It is only by being subjected to these alternative ways of understanding life that one comes to realise that one´s own perception is only one of many. This learning process is about reorientation but also appropriation of the techniques used by the respective cultures I am dealing with. For instance, in South Korea I learned that investment banks and local administrations still rely on Pung Ssu (in the West known under the Chinese expression “Feng Shui”) experts to evaluate large real estate development projects. Feng Shui is an ancient Chinese philosophical system aimed at creating harmony between the human being and his surroundings. For the exhibition I hired such an expert to have the exhibition venue evaluated and my works arranged within the parameters of this system. For ‘The Catch of the Day,’ an exhibition in Mexico City last year, I was using the gear of street sellers like buckets (Escorbos), grids, and make-shift boulders to temporarily occupy street space. I was trying out this technique with boulders I had crafted for the exhibition, blocking the whole parking zone in front of the museum before placing them inside. These projects became components for other projects. Others have been continued ever since, like the Chinese Chain, a little chain made of paper clips wrapped with packaging, bus tickets or other stuff that I found at the side of a road in Beijing that I have simply continued until today with what I find in my pockets when I come home, creating a personal diary of daily consumption that is now almost forty metres long.
This interview was first published in the September 2016 edition of ART AFRICA magazine, entitled ‘BEYOND FAIR’.