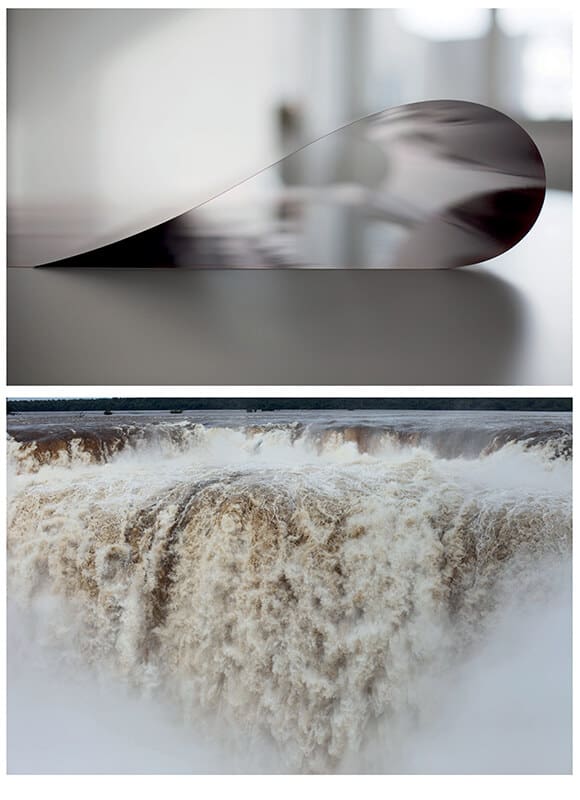 The worlds of contemporary art are geographically, socially, and temporally distributed in the matrices of identities and identifications in so many systems of difference and distinction, separation and closeness; it is violent, thrilling, smug, by turns alluring and repellent. As I write this review of Wolfgang Tillmans’s 2017 exhibition at Tate Modern, I sense that these worlds are something between a maze, a construction site and cities in ruin. Wolfgang Tillmans, not alone, but a singular figure, somehow wanders this scenography as a habitat, an only possible homeland of both rage and beauty.

If anger and impatience with injustice and political stupidity stands in for any kindlier or well-meaning morality of a type that so often characterises the ambitions of activism, Tillmans takes activism – takes it in – in his stride. But, at the same time, he is never at loss to lose himself before the tender and intense regard of a belt loop and a stretch of skin, a male asshole or a horizon line, as it interpellates him. Yet the title, as with the shockingly bleak seascape ‘The State We Are In’, might unsettle any pleasure.

This might imply a critique of his position, as privileged, belonging nowhere, European cosmopolite, travelling everywhere, and you could make a case for this. But with Tillmans, I see it very clearly, this is rather a substance or a material of his work, of his ways of working, showing, transmitting and – often enough – sublimating or subliming the seen in the gallery’s re-envisioned spaces. It’s rare at Britain’s almost violently glamorous Tate Modern to see so many people who correspond to this way of working, to its moment, so absorbed, entranced or in conversation, their attention split between the systems of showing, and active in their observation and in their pleasure. It is nothing like the scarily respectful aura of the great masters or mistresses tastefully hung according to the functions of the ‘good eye’, in one after another stifling retrospective. This space is truly edgy. 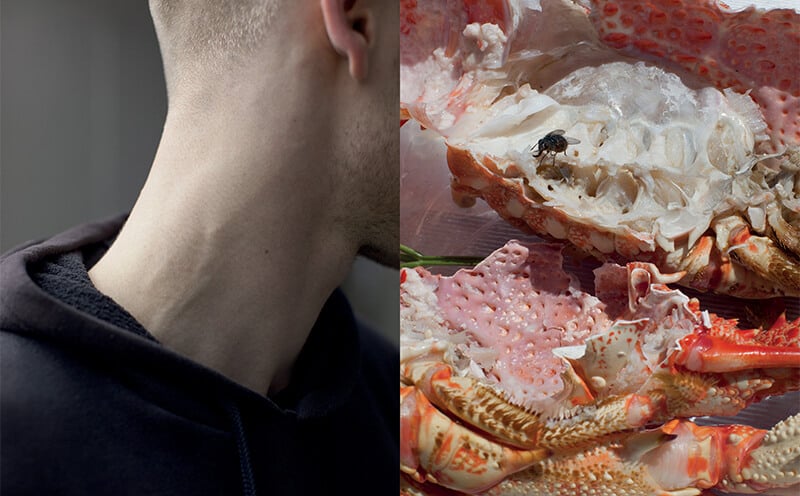 Research, text and explanation never wrap themselves around the image, like some prophylactic membrane of intellectual certitude, but what we call image and what we call text accompany one another – each in its own space, but always in explosive and sometimes distracting interaction. Between the texts themselves, the information, the grabbed episodes from the news, up to the last minute, between all of these and the archives and books and magazines bearing the traces and records of his work, different intensities of reading are called for.

Between the vast and as if abstract images, intensely coloured and seized from metal surfaces and the ‘reality’ of the headlights of improbably shiny and unnaturally contemporary cars, between these and the immense photograph of village people in Market 1, between this in its turn and the unrestrained intensity of a sexual gaze in tiny prints high mounted or clustered in a corner, the value and the being of the photograph is pulled in and out of definition, analogically and digitally, figuratively and literally.

So, there it is: political and social texts and discourses jostle with one another in the spine of simple, wooden plinthed vitrines. On the walls signifiers – another word for his images – succeed one another, high and low, small or huge, washed out or coloured, in a highly crafted defeat of any simple reading of their concern. That is to say meaning, feeling, is left with us, we come to accept that they are ours to have, not his to make for us: the difference between offering and showing, let’s say. There is something of Wittgenstein’s Tractatus about this show, not done as a philosopher, but as a man who walks, reads and passes on for us to inspect, for us to find our pleasure.

The key to this immense and complex show was probably Tillmans’s second installation, Book for Architects, down in the Tate Tanks – a cavernous industrial space reserved for the moving image and performance. This double channel projection on two walls is a succession of shots taken from the catastrophe of the contemporary urban landscape, the world over. It flashes by with a beat of intensity, the on/off suspending belief in the next image even in the split second before it’s seen. When I was in this room, for all of its forty and more minutes, a small child ran from wall to wall, striking each one in turn, convinced that it was her blow that switched the ‘slide’, but puzzled when it seemed not quite to work; like the show itself, an offbeat sympathetic magic for our time. 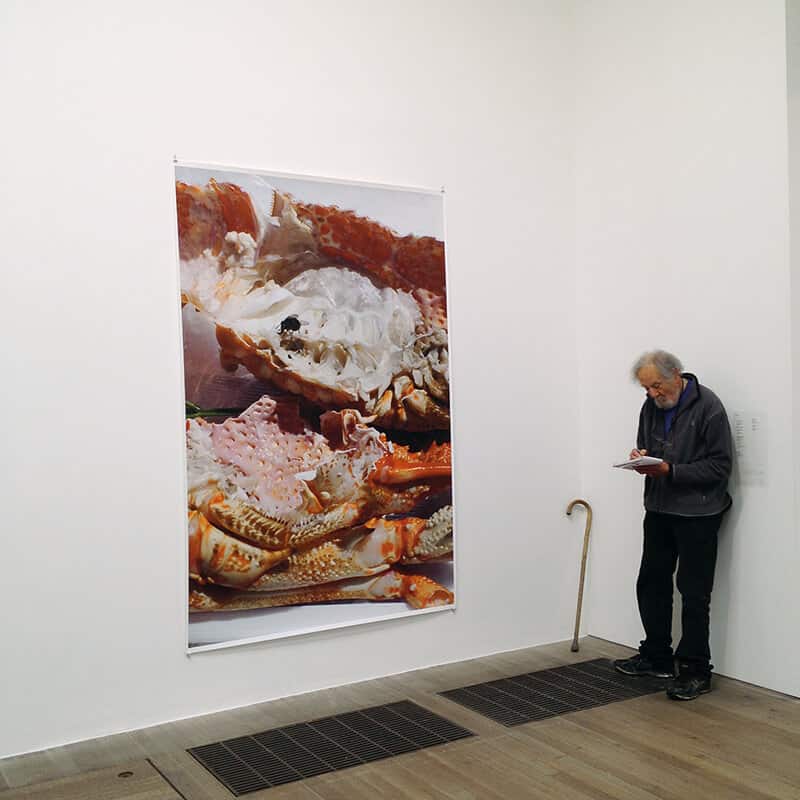 Installation view of ‘Wolfgang Tillmans: 2017’ at the Tate Modern. © Tayla Withers, image courtesy of the photographer.

I have not here even touched on the complex and demanding Tillmans’s musical installation, its unfolding of a new kind of sonic practice with its own modes of attention; nor spoken of the richness of the events accompanying the exhibition. Nor have I elaborated on the way in which some of the photographs, now a desolated landscape or a desolate seascape, seized me with anxiety, caught me in the split desire for the comfort of infinite beauty against the infinite sorrow of an allegory of events unseen in the image. Perhaps then the mode of the exhibition as such was one of the sublimeness of fragmentation, of leaving us, the viewers, to put the pieces together, in the here and now.

Wolfgang Tillmans: 2017 is the title of the marvellous book that accompanies the show, beautifully illustrated and documented, with very fine essays by Mark Godfrey and Tom Holert.

Adrian Rifkin is an art writer and editor. Until recently he was Professor of Art Writing at Goldsmiths.