Rolex has announced that South African Londiwe Khoza is one of only seven young artists from around the world whose talent has secured her a year of intense, one-to-one collaboration with a renowned master in the 2016–2017 Rolex Mentor and Protégé Arts Initiative. 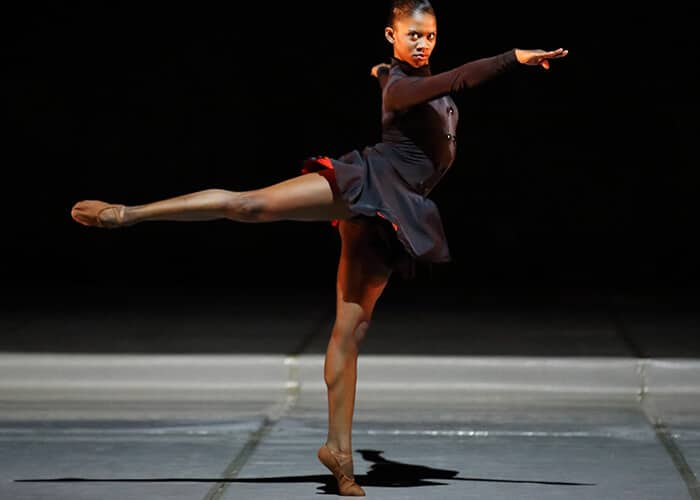 “Khoza was selected by Israeli mentor Ohad Naharin, in the category of dance,” said Rebecca Irvin, Head of Philanthropy at Rolex. “The 22-year-old has been recognized over the past five years for her exceptional talent in neoclassical and contemporary dance, as well as her dramatic skills. Khoza is a soloist at the Cape Dance Company and also studies at the Cape Academy of Performing Arts. She recently performed with the Joburg Ballet, one of the country’s most prestigious ballet companies, and has returned to the Cape Dance Company until July 2016.”

The Rolex Mentor and Protégé Arts Initiative, launched in 2002, brings together some of the world’s greatest artists with protégés in seven disciplines. The mentors for the eighth cycle of the programme are: Sir David Chipperfield (architecture), Mia Couto (literature), Alfonso Cuarón (film), Philip Glass (music), Joan Jonas (visual arts), Robert Lepage (theatre) and Ohad Naharin (dance). After a worldwide search for the most exceptional young talents in these seven categories, Rolex is delighted that Khoza has been selected in the dance discipline for the 2016 -2017 Rolex Mentor and Protégé Arts Initiative. 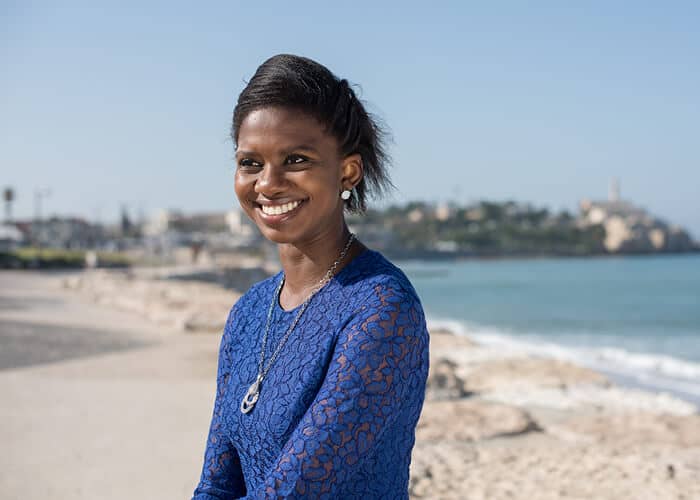 Portrait of Londiwe Khoza. All images courtesy of Rolex.

Two young South African artists have been selected as protégés in previous cycles of the Rolex Arts Initiative – Lara Foot (theatre) who is currently the Director and CEO of the Baxter Theatre in Cape Town and Nicholas Hlobo (visual arts) who has become a well-known sculptor who has had several international exhibitions.

Khoza joined the Cape Academy of Performing Arts (CAPA) on a full scholarship and, after completing her matric, she entered the full-time course in 2012. During her studies at CAPA, she had the opportunity to be an apprentice at the Cape Dance Company where she got to work with both national and international choreographers which offered her a diverse stylistic skill. After graduating with distinction in December 2014, she took up a five-month scholarship in London at the Central School of Ballet in order for her to further develop her talents.

She has performed in renowned productions such as Don Quixote, Swan Lake, The Nutcracker Suite, Romeo and Juliet, La Sylphide, Les Sylphides, Sleeping Beauty and The Firebird. Her next performance with Cape Dance Company will be at the National Arts Festival in Grahamstown when she will perform in A Thousand Shepherds on July 2 and 3.

“With this thrilling opportunity, I hope to explore the potential within myself that’s locked away somewhere. I hope to explore movement, different ways in which things are said. Learn the tricks of the trade from a man, Ohad Naharin, who has so much to give and who could teach me so much. I am so honoured to have been selected by Mr Naharin,” said Khoza.

“I want to be the kind of artist who changes peoples’ lives. Whether I can inspire, motivate, be a role model or bring joy; I want to know that I at least changed one person’s life. That I influenced, or made a difference, made a mark and can add to the art, rather than just be another face in the dance industry. This opportunity will not only help me develop personally as an artist, but it will give me the tools needed to step into the world. I want to be the kind of dancer who can do everything and has the ability to say everything with her body. And in a few years I want to be able to create novels with bodies,” Khoza added.

Ohad Naharin looks forward to this time with Londiwe saying: “My hope is always to encourage a dancer’s ability to interpret – using the full scope of sensations – so that new content is given to a performance that I (the choreographer) did not “write”.  It is this ability that I cherish and I wish to be able to teach.”

The Rolex Mentor and Protégé Arts Initiative accepts applications by invitation only, following a prospective candidate’s nomination by anonymous experts in his or her field. For the eighth edition of the Rolex Arts Initiative, the international nominators, or artistic “talent scouts” who identify potential protégés from their network of contacts worldwide, invited 159 artists from 53 countries to apply for mentorships; from that group, three or four artists from each discipline were chosen as finalists. It was at this stage that the mentor in each discipline met and selected his or her protégé.

Each mentor-protégé pair has the freedom to work together in any way they choose, for a minimum of six weeks, though they are often in contact for the entire year. The fruits of this collaboration come to life at the Rolex Arts Weekend at the end of the mentoring period when participants share highlights from their interaction.

Protégés each receive a grant of 25,000 Swiss francs for the year supplemented by 25,000 Swiss francs in support of a new work showcased after the mentoring year. But the greatest benefit is the in-depth time each young artist spends with the master artist, enriching both of their lives, as well as the art form.