Last night, 22 November 2017, the Ambassador of France to South Africa, H.E. Mr Christophe Farnaud, hosted a reception at the French Residence in Pretoria in honour of visual activist Zanele Muholi, who received the insignia of Chevalier des Arts et des Lettres (Knight in the Order of Arts and Letters). 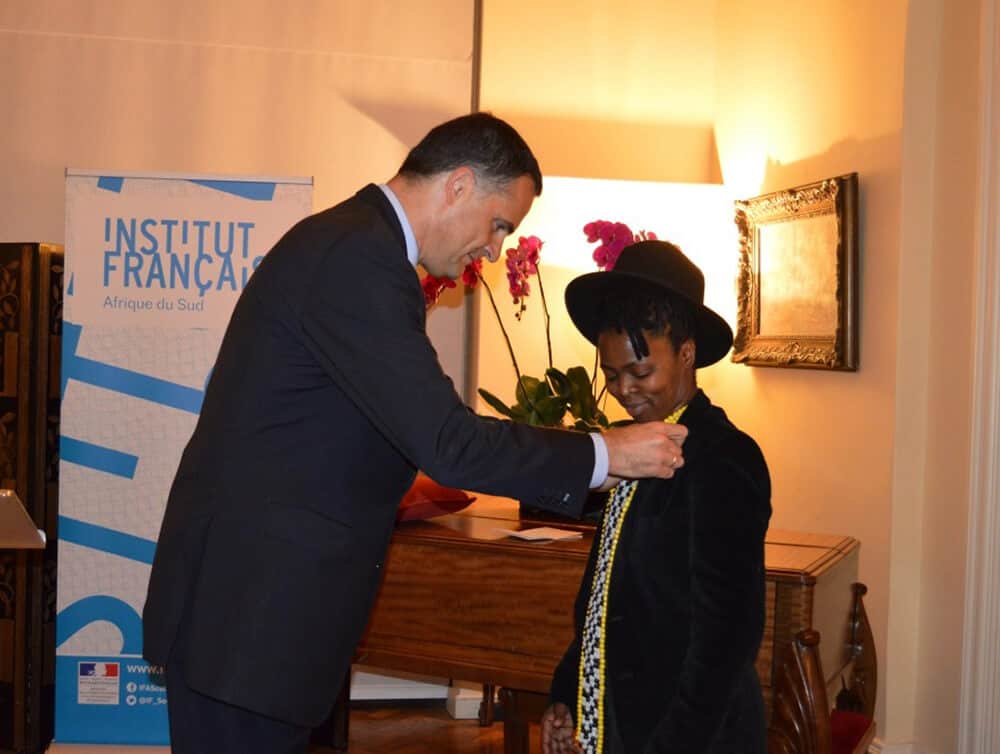 Muholi is an internationally acclaimed South African photographer. Born in 1972 in Umlazi, the artist’s work is deeply intertwined with advocacy on behalf of the lesbian, gay, bisexual, transgender, and intersex (LGBTI) community.

“Muholi is an internationally acclaimed “visual activist”, as she puts it. France is proud to stand beside those who fight for the right to be free and equal. Muholi’s work has raised the subject of LGBTQI rights in South Africa and internationally. It shines a light where there is shadow, it creates a space where there was none.”

Muholi cofounded the Forum for the Empowerment of Women (FEW) in 2002 and in 2009 founded Inkanyiso, a forum for queer and visual media.

The artist has produced a number of photographic series that investigate the severe disconnect in post-apartheid South Africa between the equality promoted by the country’s constitution and the intolerance toward and violent acts targeting individuals within the LGBTI community.

Muholi thanked Goldblatt for his guidance over the years and vowed to support other young photographers:

“I want to thank all the people who have helped me. I want to make sure there is a new generation of photographers that are members of the LGBTQI community”. 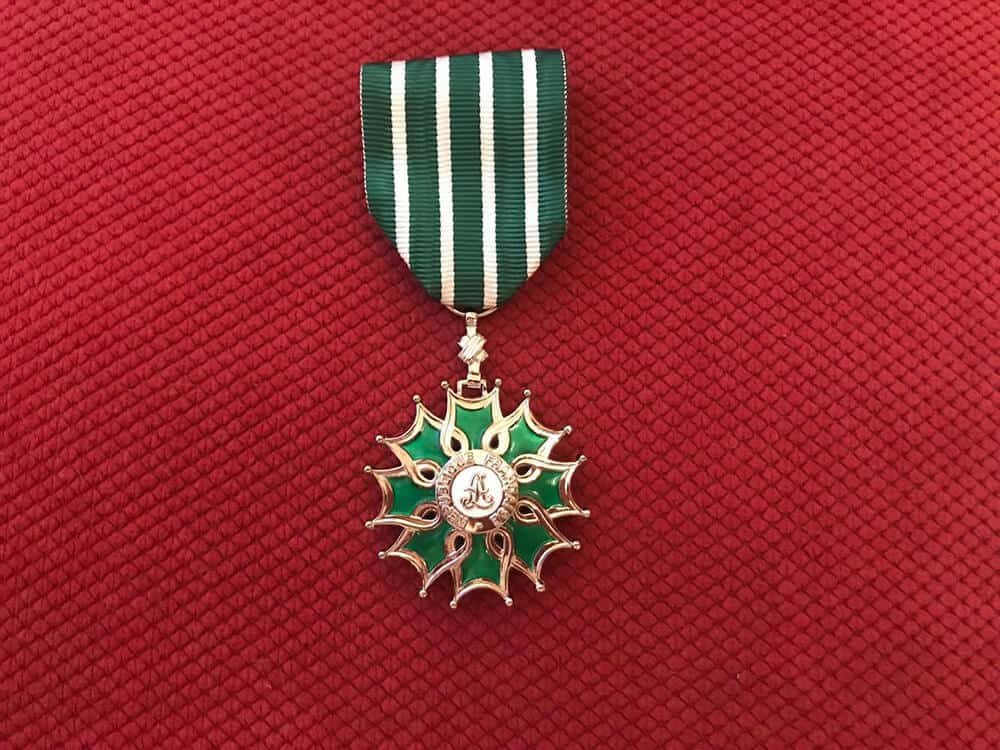 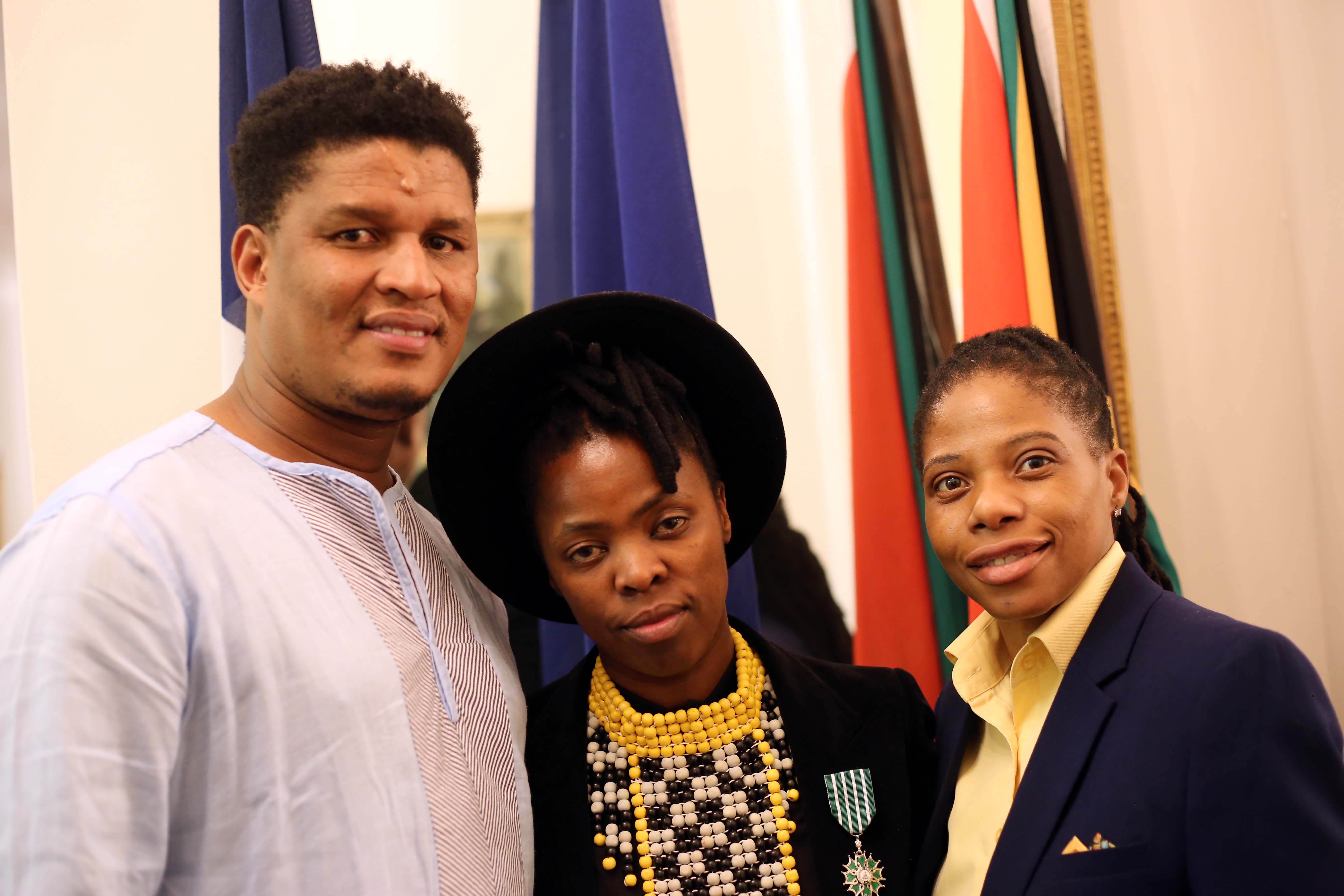 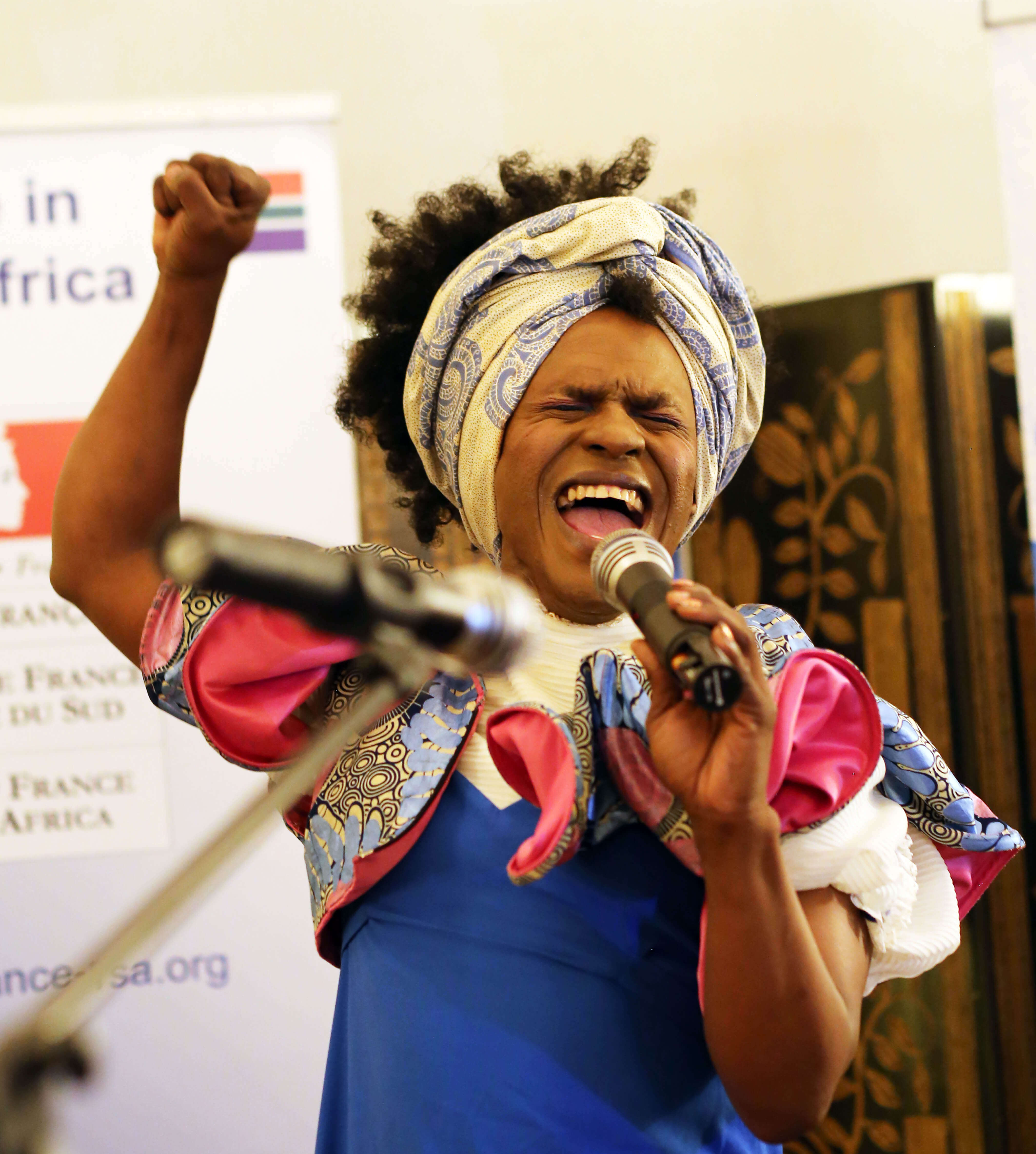 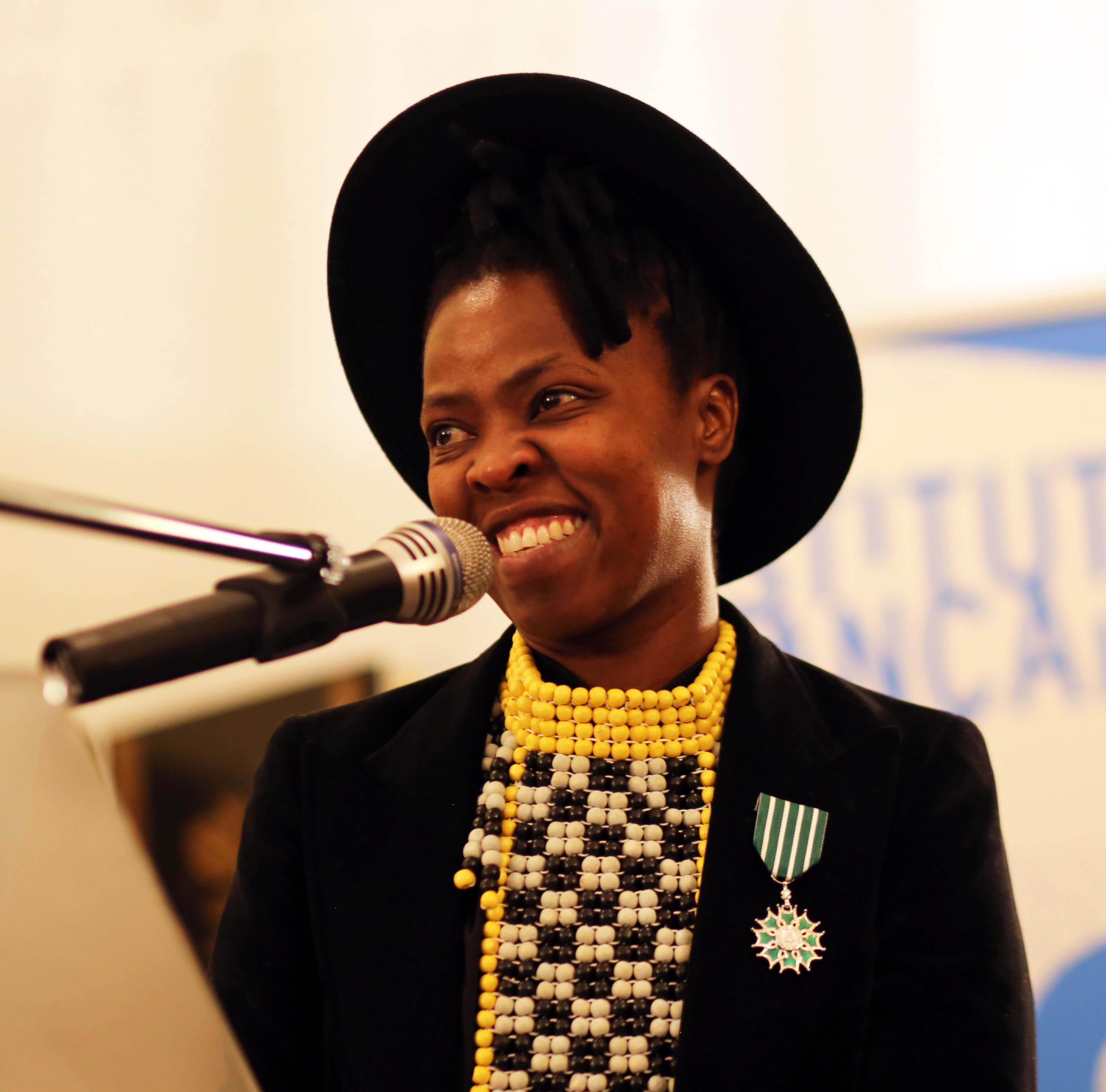 Zanele Muholi giving thanks and sharing her acceptance speech. Photography: Lerato Dumse. Courtesy of the photographer.

About the Order of the Arts and Letters:

The Order of Arts and Letters, established in 1957 by the French Minister of Culture, rewards those who, through their ongoing engagement and creativity, have helped develop the arts and literature in France and throughout the world.